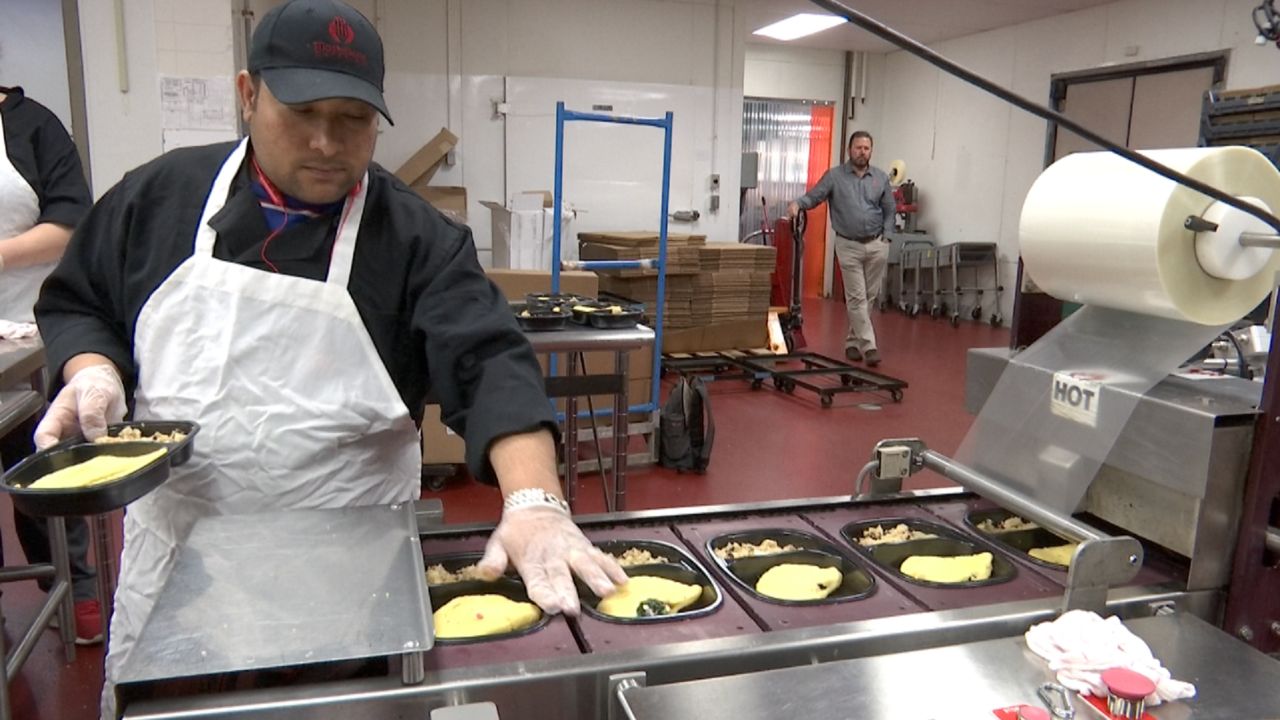 Louisville Company Gears Up to Provide 27,500 Meals to Louisville Seniors Amid Coronavirus

LOUISVILLE, Ky. – Louisville Mayor Greg Fischer announced during Friday’s press conference that meals will be delivered to five community centers in Louisville starting Tuesday, March 17, for seniors to pick-up. This comes after Governor Andy Beshear recommended that senior centers close in Kentucky due to COVID-19. Masterson’s Catering in Louisville is handling the 27, 500 frozen meals ordered to be available for seniors 60 and up in Louisville.

“With this frozen meal business, we’ll be able to keep most of our employees busy or have about the same amount of hours and income that they would normally have this time of year,” said CEO and President of Masterson’s Catering, Paul Masterson.

He said the catering side of their business has gone down about 75 percent because of cancelled events. However, their food service business, the part that handles these frozen meal orders, Masterson said has significantly increased because of orders like the one for seniors in Louisville.

Each delivered pack will include five frozen dinners, each paired with a half pint of milk and a slice of wheat bread. Masterson said the business will deliver meals for at least three weeks until further notice.

Sanitation protocols are already in place at the facility because of the high standards within the food service industry, but some additional measures are being taken.

“We’re just increasing little things like sanitizing doors, and doorknobs, and handles in and out of each room, and staircase rails and things like that,” Masterson said.

A huge task for the weekend, but with Masterson’s Catering in business since 1938, relationships are key to make it happen.

“All these suppliers I am dealing with, I have been dealing with for more than 20 years, each one of them, so they’ve always been very responsive to anything that we need,” Masterson told Spectrum News 1.

For information on locations where the meals will be delivered starting Tuesday, March 17, call 502-574-5050.