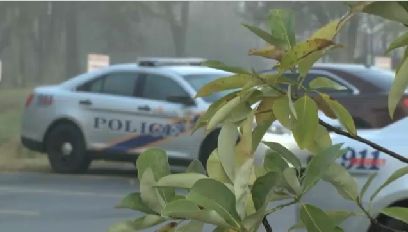 People Push for Action at JCPS As Security Plan is Delayed

LOUISVILLE, Ky.-- School shootings have prompted a wave of demonstrations and marches in support of safer schools, and ideas on how to achieve better security in schools across the country, as well as in Kentucky. There's a new state law that aims to do just that. However, it provides for at least one School Resource Officer (SRO) in every school in the Commonwealth, and not all parents and students in Jefferson County agree with that.

Groups have been pushing for JCPS to do away with police in schools, and instead install its own type of district security force. The push stems from an incident involving an officer and student who was tased, back in 2017. But that plan for an alternative security force is effectively put on hold for now because of the new state law. Some are speaking out in disappointment.

Former JCPS student, Quintez Brown, is now in college at the University of Louisville. He's long been a supporter of ridding public schools of police, and continues his advocacy work doing research through the university in the Youth Violence Prevention Research Center.

"What we focus on, the population we really focus on, is young black males trying to basically reduce gun violence among that population," Brown explains.

"[It] doesn't feel like more safety. It feels like a bigger possibility of you know, a threat or danger, because where I come from there's a lot of police harassment and police violence. A lot of students especially in predominantly black schools, they come from neighborhoods where there's a lot of police lack of trust and police violence," Brown claims, "so adding the police in their learning environment doesn't seem like a solution for safety."

While Brown prefers not to have a new security proposal for the district to staff and train its own type of security force, future JCPS parent Anice Chenault is fighting for it. She's disappointed in the recent delay.

"So, a year ago I testified for the first time and said 'I'm really excited that you're planning to make this change, that you're ending your contract with LMPD,'" Chenault remembers, "and what I really hope is that the ball keeps moving, because I think the default and keeping the statud quo is easier."

Chenault's 5-year-old son, Justice, will start school in the fall for the first time at JCPS. She says that part of her choice in school for her son, was the promise of safety. She's against police officers, fearing that "anyone who's armed is going to be thinking about using that weapon."

A new security force seemed like a promising plan, months ago. School Board Vice Chair Dr. Chris Kolb researched the issue, and shared arguments supporting the new plan, saying: "scholars have suggested a number of mechanisms through which increased police presence might have the unintended effect of increasing school crime."

Now, JCPS waits to see how the new law will impact this proposal. The school district's contract with police ends in July. On the other side of the debate, there are parents who'd like things to continue as they are and police stay on as SROs. Parent Susan Zieglar told Spectrum News One, back in October, that "I think [JCPS] is setting themselves up for some big failure. I don't think it's going to work. Kids aren't going to take [security] seriously at first, if any you know at all. So, I just think they need to leave the Louisville Metro."