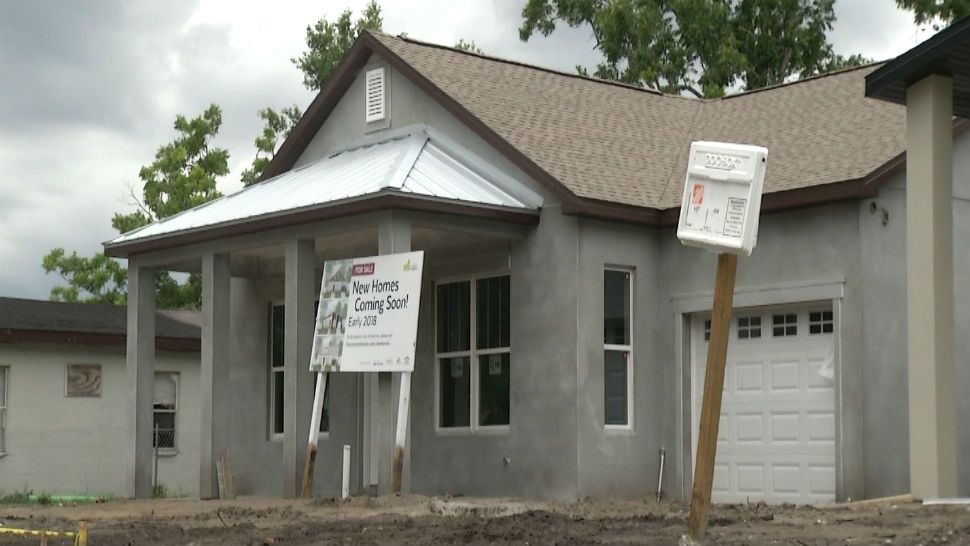 Lousiville, Ky---Tiffany Brown tells Spectrum New 1 when she rewinds back to 2008 her life was full of chaos.

Addiction, homelessness and not being able to see her children on a regular basis haunted her life.

A decade though later she's reinvented herself and what she sees for her future.

"I am enrolled in school and graduate next year so I want to be a drug and alcohol counselor and so I want to help somebody else. I'm still like day to day struggling because I have still have a 13 year old and a nine year old I have to raise but I just want to put them in the best place possible," Brown said.

She says her family has outgrown the apartment through the Louisville Metro Housing Authority they call home. But now she’s excited about the prospect of calling a home on  37th St. in the West End her new home.

To her anything is better than continuing the cycle of poverty and even though it might need a lot of work she's ready.

"I saw potential I could see like pictures of my kids and look out the back window see them playing out back without worrying about is anything going to happen," Brown said

It's a unique feeling Black Lives Matter Louisville is hoping to replicate on their journey to fill vacant homes they've acquired like one here on 37th St. which was purchased for a just a few thousand dollars.

"When you live around vacancy, abandonment, and blight you want something to happen about it and so we took it into our own hands to do it," BLM Louisville Coordinator Chenelle Helm said.

And taking it into their own hands means folks like Brown won't have a mortgage each month so they can use the extra money to get ahead and obtain home-ownership which is an important piece of the American dream.

"Just do it like you are waiting on some high authoritarians to tell you this is the right thing to do. This is the money that needs to go there people need housing now they don't have time to wait for you to pass legislation or policy they have time right now to put their family in housing safe housing at that," Helm said.

"I'm just so excited I mean words can't express how excited I am at being at this place because I would have never thought ten years ago I'd be standing here right now," Brown said.