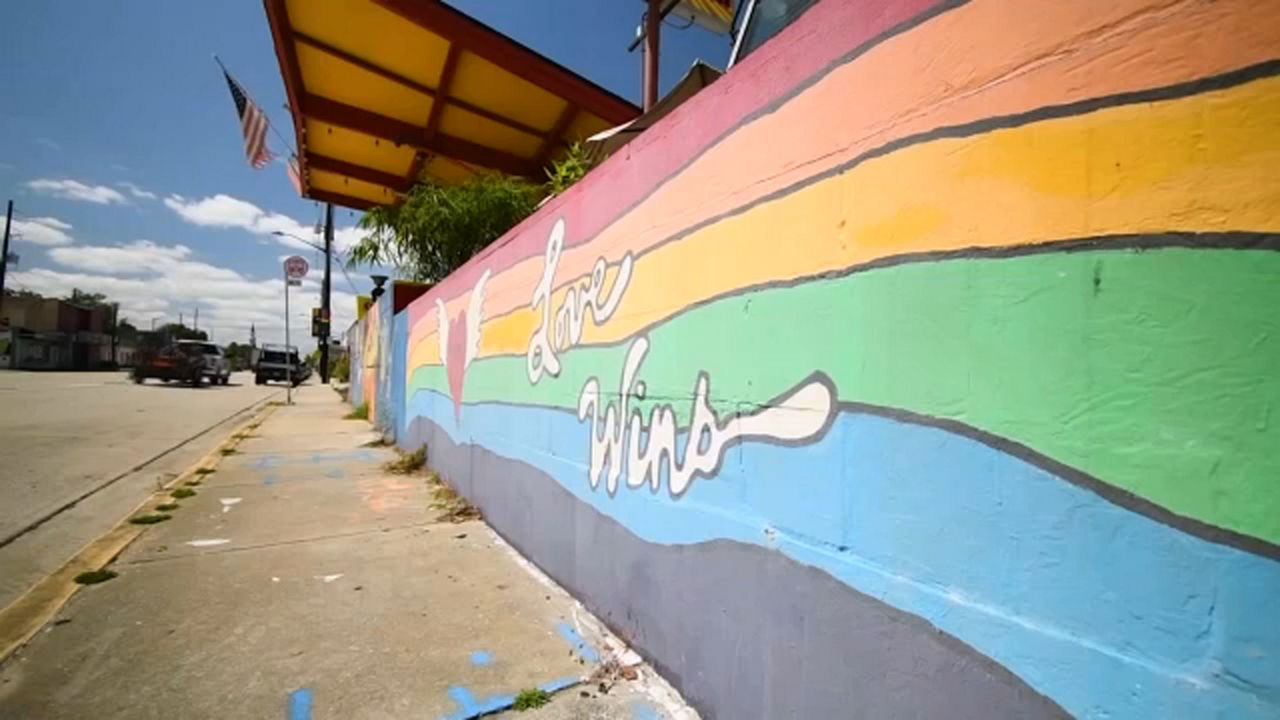 KENTUCKY — Pride month is celebrated every June as a tribute to those who were involved in the Stonewall riots, which occurred at the end of June 1969.

The Stonewall riots were a series of spontaneous demonstrations by members of the LGBTQ community in response to a police raid that began in the early morning hours of June 28, 1969, at the Stonewall Inn in the Greenwich Village neighborhood of Manhattan, New York City.

As a result, now many pride events are held during this month to recognize the impact LGBTQ people have had around the world.

And two Kentucky cases played a key role in the landmark ruling.

As the nation celebrates Pride month, during this In Focus Kentucky segment, Spectrum News 1 Anchor Kayla Moody talked to one of the couples about the ruling that changed their lives.

Society’s views on same-sex marriage have also changed greatly since that landmark ruling.

Also during this In Focus Kentucky segment, the city of Augusta in Bracken County passed a Fairness Ordinance with a 5 to 1 council vote, adding sexual orientation and gender identity to discrimination protections in employment, housing and public accommodations, according to the Fairness Campaign.

Now, Augusta joins 22 other municipalities in Kentucky that have approved similar fairness ordinances.

Despite growing bipartisan support in the Kentucky General Assembly, a statewide fairness law has never received a vote. Two statewide fairness laws have already been pre-filed for the 2022 Kentucky General Assembly, and on the first day of Pride month, state lawmakers gathered in Louisville to announce the pre-filing of legislation in support of the LGBTQ+ community. Spectrum News 1 Reporter Erin Kelly was there and has more.

Lastly, during this segment, Kentucky Gov. Andy Beshear weighed in on Pride month.

"For far too long, our LGBTQ Kentuckians have experienced that discrimination and it's time for it to end, it's time to embrace all Kentuckians. So, Happy Pride Month everybody, proud to be supportive of Pride Month and fairness, we've got a long way to go. But, but I'm going to be right there supporting what's right," said Beshear.