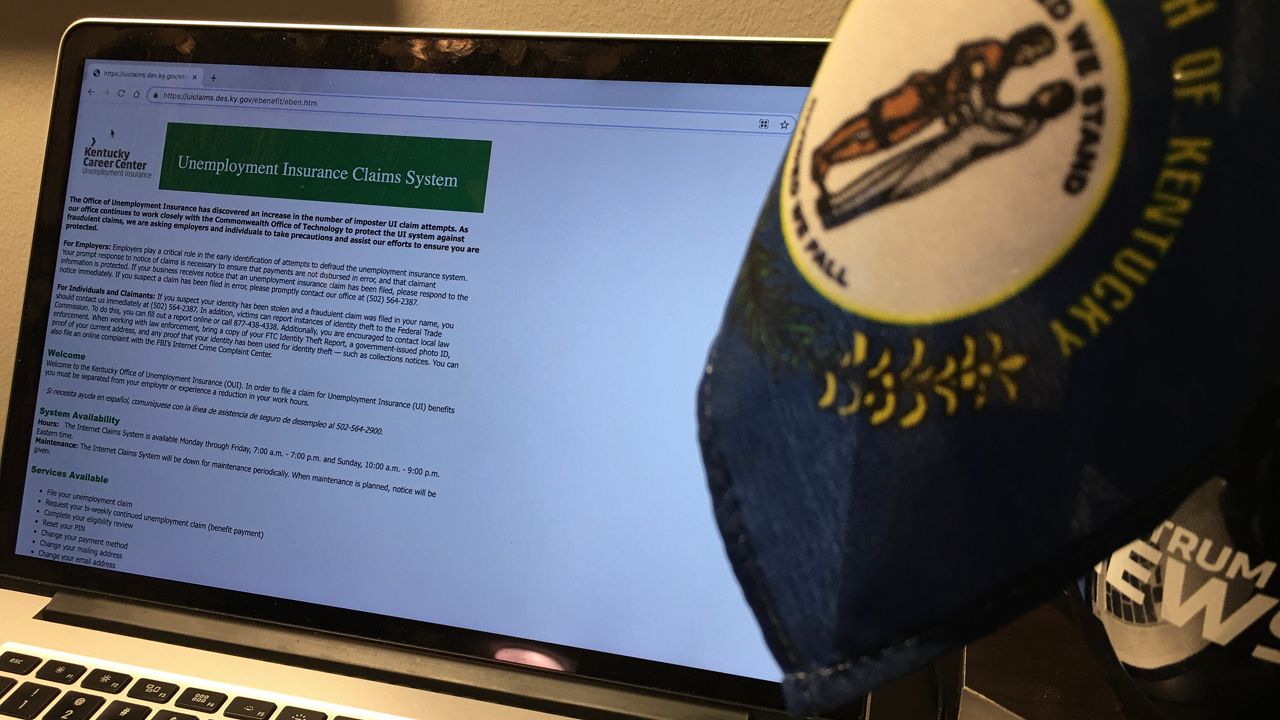 FRANKFORT, Ky. — Earlier this month, Gov. Andy Beshear signed an executive order creating the Kentucky Unemployment Insurance Fraud Detection and Prevention Task Force. The goal of this partnership between state and federal agencies is to detect, investigate and prosecute unemployment insurance fraud in Kentucky. A member tells Spectrum News 1 that early fraud prevention efforts from this task force appear to be working.


Kentucky’s Office of Homeland Security executive director, Josiah Keats, is heading up this task force, which also contains members from Kentucky State Police, the secretary of the Kentucky Transportation Cabinet, the state’s chief information officer and the executive director of the Kentucky Office of Unemployment Insurance. It’s the first-of-its-kind task force in the nation.

“I am proud to be a part of this task force. I am happy the governor entrusted the Kentucky Office of Homeland Security to be the chair of this organization,” Keats said. “Kentucky is really forward leaning in trying to resolve this problem.”

One of the first major steps implemented by the task force was shutting down Kentucky’s front-facing unemployment insurance website for four days. Unemployment insurance claimants in Kentucky had been using four-digit pins to log in to their accounts. When the system came back online, Kentuckians had to re-register by entering eight-digit codes they received in the mail. They used those codes to create eight-character passwords that have to contain a combination of letters, numbers and symbols.

Keats said this move helps keep Kentuckians’ information more secure. It also makes it harder for cybercriminals to guess those passwords to crack into the system. Keats said the fraud we used to see in the Commonwealth was individuals lying to try to cheat the system for a few thousand dollars. What Kentucky and many other states had been seeing as of late was from sophisticated cybercriminals from all over the globe.

“The criminal actors who are doing this are extremely nefarious. It’s a shame we live in a world where we can offer relief, but criminal actors sense the vulnerability and take advantage of people when they are at their lowest point,” Keats said.

Spectrum News 1 asked Keats if this new, more secure password system appears to be working. He said early indications show that it is.

He said the Kentucky Unemployment Insurance Fraud Detection and Prevention Task Force is trying to tackle this problem in three parts:

Keats said it is estimated that there are about two fraudulent claims for every one valid claim submitted to unemployment insurance. A news release from Beshear’s office indicates that more than $63 billion in fraudulent benefits have been paid nationwide.

“We are dedicating a ton of resources both state and federal with global reach and I think going forward, these criminal actors need to think twice about targeting Kentucky with their fraud schemes,” Keats said. “Kentucky and the federal government are working in a very aggressive partnership to not only secure Kentucky, but go after these criminal actors.”

Keats predicts that some of these criminal syndicates are not just targeting Kentucky, but states as well. The Kentucky Office of Homeland Security already works with agencies across the country, even having a global reach. Keats thinks that when Kentucky goes after these criminals, it will likely help other states too.