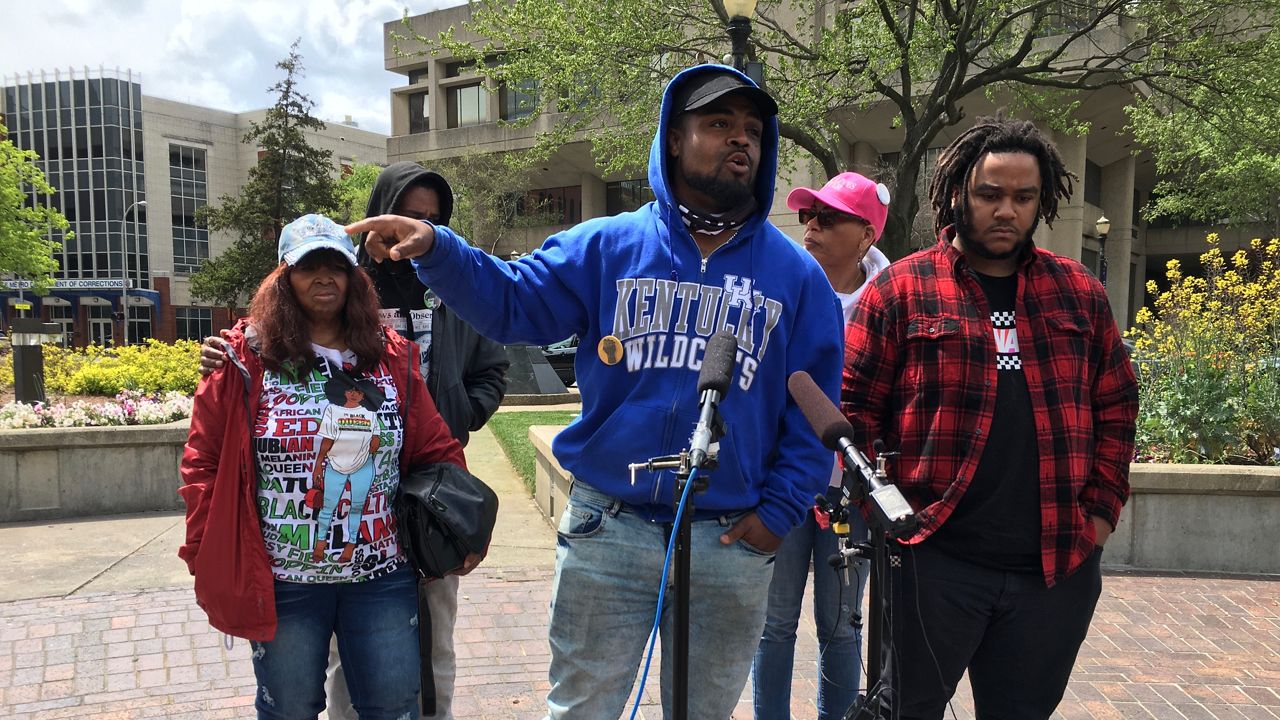 LOUISVILLE, Ky. — His daughter’s reaction to the injuries Denorver “Dee” Garrett received at the hands of Louisville Metro Police Department officers Sunday is why he choose to speak out again following his arrest for disorderly conduct.

“I’m scared,” his five-year-old child Genesis said in a video posted to Garrett’s YouTube channel before crying into her father’s arms.


Video taken by Jaime Hendricks – that has since been deleted by Facebook for reasons unknown to Hendricks or Garrett – shows LMPD officers punching Garrett multiple times as they tried to put handcuffs on him Sunday.

Garrett said he didn’t tell his daughter all the details.

“I didn’t tell her what happened. I just said, ‘Daddy’s alright.’ So she went to school and I get a text message from her teacher and said that she’s scared that the police is gonna hurt her daddy,” Garrett said. “What hurts me about everything that’s going on right now is that my daughter can see what’s going on and she’s five.”

Garrett was arraigned Wednesday on those charges, stemming from when he protested in the middle of a street near Jefferson Square Park with a life-sized cross.

He faces other charges related to different protests as well, and he said he feels LMPD is targeting him and other Black people.

Garrett admitted he has a checkered past, with two felony convictions on his record: one for robbery and one for a statutory rape. He said he was 15 when he had sex with a girl who was 12 at the time.

But above all else, he said he wants things to be equal, and he plans on protesting until they are.

“They doing this and they say they want unity and all this and that,” Garrett said. “What they did Sunday was not unity.”

And if nothing changes, he says the protests will be loud when the Kentucky Derby comes.

Spectrum News emailed a spokesperson for the Louisville Metro Police Department shortly after Garrett's comments Wednesday afternoon seeking comment and has not received a response.