Unemployment issues force Louisville bakers to reopen out of state: 'It's heartbreaking'

LOUISVILLE, Ky. — Sandy Woloshin wishes all of Louisville could have tried her cheesecake, which comes in more than 115 flavors. But like so many other American small businesses, the bakery she opened in Buechel with her daughter in 2019 fell victim to the COVID-19 pandemic.

Now, nearly a year since she was forced to shut her shop’s doors for good, Woloshin and her daughter, Heather James, are primed to reopen Cheesecake Concoctions and its sister cafe, Poshy Noshy Concoctions Eatery and Sweetery. But not in Louisville.

“We didn't have any money and we didn't have a choice but to move,” Woloshin, who now lives in Juno Beach, Fla. with her daughter, told Spectrum News 1. “So we came down here, and we're opening here. It's heartbreaking.” 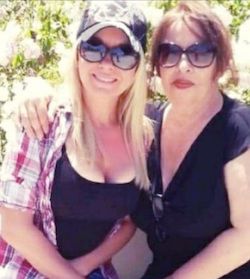 They would have preferred to reopen in the city where they were both raised, where both of Woloshin’s parents are buried. “We planted rose bushes at their grave when we were there and we watched them grow,” she said.

“We wanted to make it work so bad in Louisville,” James added. “That's where we wanted to live forever.”

But Kentucky’s broken unemployment system prevented that from happening. Woloshin and James both said they’ve gone months without receiving benefits. By their calculations, they’re owed more than $17,000. Despite endless hours sending emails, making phone calls, and reaching out to government leaders on social media, they’ve yet to come close to a resolution.

“I've been writing for months and months,” James said. “Call after call after call, I hear ‘The inbox is full. You're in a queue. Someone will call you back.’ No one's ever called me back.”

Woloshin never wanted to go on unemployment. “It's kind of embarrassing,” she said. But last May, it became necessary. That’s when Derby City Antique Mall, which housed her businesses, shut down. She and James attempted to find another location to sell their cheesecake, which was adapted from a family recipe, but after several failed attempts and frustrations securing a Paycheck Protection Plan loan, they moved to south Florida to be near family.

For much of 2020, they avoided the problems that plagued many unemployed Kentuckians. But when the calendar flipped to 2021, their problems began. The Continued Assistance Act, signed into law in late December, required recipients of Pandemic Unemployment Assistance (PUA), which was made available to self-employed people, to submit a new claim to their state unemployment office, along with additional documentation meant to weed out fraud.

Woloshin did what was required of her, but failed the identity verification, she said. Her many attempts to clear up the problems have been unsuccessful. James, meanwhile, said she received payments in January, but then they abruptly stopped.

Both women say they understand that there are issues with Kentucky’s unemployment system, but they don’t understand the unreturned messages, seemingly-ignored emails, and Gov. Andy Beshear’s constant refrain that “We’re in this together.”

“We're not in this together, because I've been writing to you for months and you won't write me back,” James said.

Woloshin and James are holding out hope that their unemployment payments from Kentucky will come. “It’s so much money and at least that would take some stress off,” James said.

But they’ve also begun to move forward with a new location in Jupiter, Fla. They’ve recently given the walls a fresh coat of paint. It's pink, black and silver. “It’s going to be the cutest place around," Woloshin said.

Their hope is to open in May, something that would not be possible without the support they’ve gotten from friends, family, and a local church donating time and labor.

Still, Woloshin said she hasn’t given up on returning home. “I'm a Louisville gal,” she said. "My daughter grew up in Louisville. And we will open again in Louisville, because that's our home.”