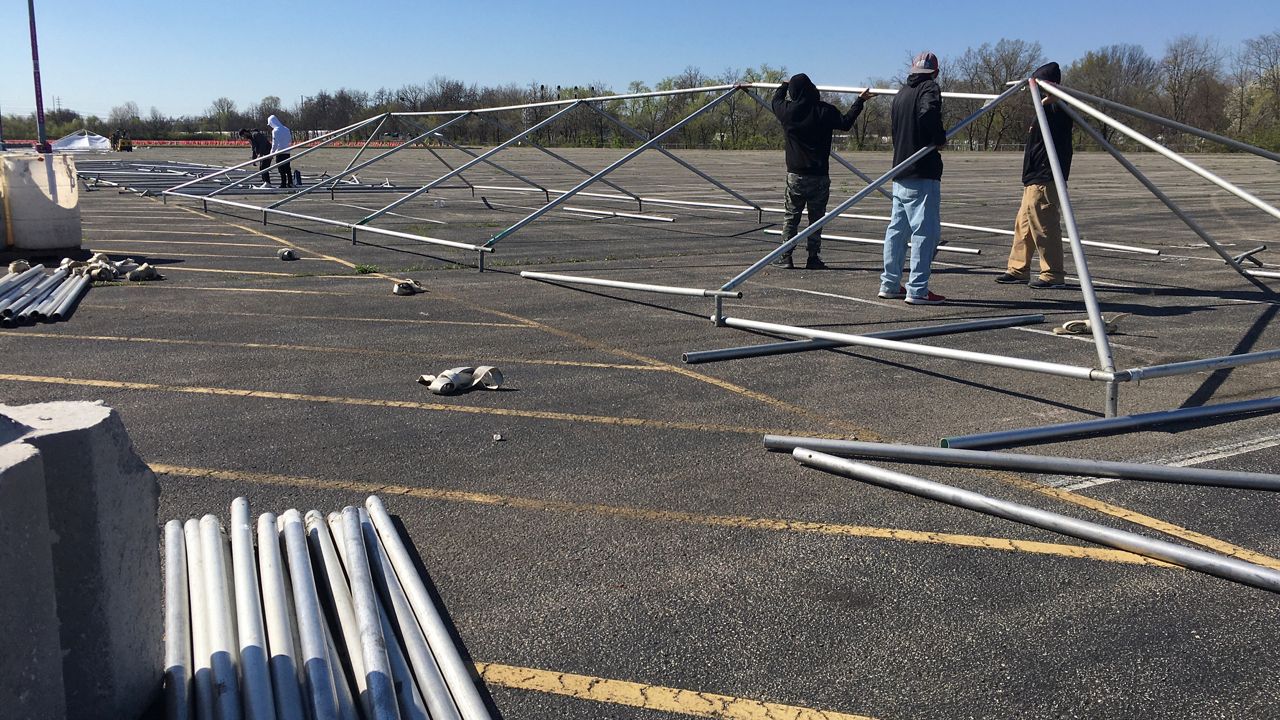 UofL Health is already signing up people for when the site is ready April 12.

“This is going to be our big push to get everybody vaccinated as soon as possible,” said Dr. Hugh Shoff, Associate Chief Medical Officer at UofL Hospital.

The vaccine site will be offering Pfizer at first, meaning follow up doses will occur three weeks later.

It also means Shoff and UofL Health have to keep the vaccines cold, even if it rains and people don’t show up.

“As you kind of plan throughout the day, you keep an eye on your appointments, who is showing up, and you do more on-demand pulling of the vaccine,” Shoff said. “That way, you don’t have a lot of extra at the end of the day. So my big goal from the beginning of this vaccine is to not waste anything.”

The new drive-through site at Cardinal Stadium comes as Louisville is winding down vaccine operations at Broadbent Arena next week.

Shoff says UofL Health can pick up the slack at the new vaccination site or any of the current spots.

The goal is to get 4,000 people vaccinated per day at the new drive-through site. More information on where to sign up can be found here.