LOUISVILLE, Ky. — Kyle Crews caught two colds in 2019 and each left him reeling. “They took me two or three times as long to get over than most people,” he said. “I don’t mess with any respiratory illness.”

So when COVID-19 arrived in the U.S. in early 2020, Crews quickly went into isolation with his brother, who is also his live-in caretaker. The 36-year-old has spinal muscular atrophy, a neuromuscular disorder that causes muscle loss and has severely compromised his lung capacity. "The only time I've ventured into public at all has been for doctor's appointments," he said.

The COVID-19 vaccines have the power to change that and when the first was approved in the U.S. last December, Crews assumed he would be quickly eligible. “I thought I would have been in the first prioritized group,” he said.

Instead, like millions of Americans and thousands of Kentuckians with disabilities, Crews was left to figure out which tier of vaccine prioritization he belonged in. He sought advice from local hospitals, the Centers for Disease Control and Prevention (CDC), and his personal doctors. “They’re in the dark as much as I am,” he said.

Kentucky’s vaccine prioritization list makes no mention of disabilities. The closest it gets is in phase 1C, which includes conditions the CDC has identified as putting people at high-risk for COVID-19 complications. These include cancer, kidney disease, obesity, and diabetes, among others. Down syndrome is the only disability listed among the CDC’s highest risk conditions. 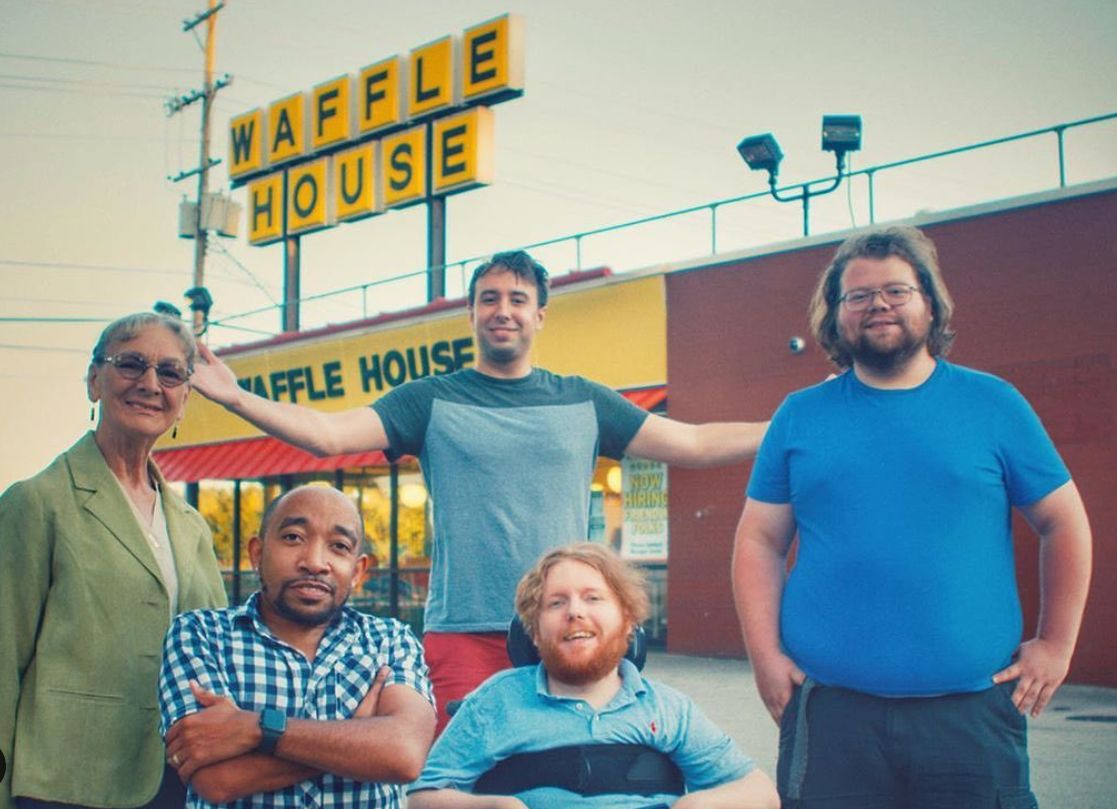 Many Kentuckians who don’t have one of the named conditions, but do have a disability are worried that they’re still months away from vaccination, said Heidi Schissler, legal director for Kentucky Protection and Advocacy, a disability rights group.

In a letter last week to Eric Friedlander, Secretary of Kentucky’s Cabinet for Health and Family Services, several Kentucky advocacy groups, including Schissler’s, called for an expansion of phase 1C to include more than the CDC’s listed high-risk conditions.

“In limiting priority access only to individuals with the specified conditions, Kentucky’s vaccine plan fails to meet the CDC’s goal in promoting vaccine prioritization and access to ‘[d]ecrease death and serious disease as much as possible’,” the letter says. It calls on the cabinet to allow for any Kentuckian with an intellectual or developmental disability (IDD) to be eligible in group 1C. The cabinet did not respond to a request for a comment.

Schissler concedes that prioritization, especially in a time of vaccine scarcity, is “a very difficult and understandably complex issue.” But Gov. Andy Beshear has shown a willingness to amend the phases in the commonwealth, adding teachers and later childcare workers to phase 1B. Ensuring that anyone with an IDD qualifies in 1C should be next, Schissler said.

Kentucky does not provide statistics on COVID-19 deaths among disabled people and it’s hardly alone in that. Unlike age and race, for example, it is not common to collect data on disability status, said Bonnielin Swenor, director of the Johns Hopkins Disability Health Research Center.

“That’s not to say that COVID has not differentially impacted people with disabilities,” she said. “That’s not true. We know that because we're hearing it from the disability community. But the reason it's not on the table for discussion is because we don't have the evidence.”

What little research there is does suggest that the disability community is disproportionately vulnerable to the disease. One study of data from California showed that people with intellectual and developmental disabilities had a 60% lower rate of COVID-19 cases, but were 2.8 times more likely to die of the disease. An analysis of nearly 500,000 health insurance claims from last April to last August showed that people with developmental disorders were twice as likely to die from COVID-19 and those with intellectual disabilities were nearly six times as likely.

And yet, Crews said he has felt unseen during the pandemic. “I never felt like anybody directly was communicating to the disability community and that has continued on through the vaccine rollout,” he said.

While the CDC does have a web page addressing COVID-19 effects on “people with disabilities,” its recommendations are largely the same as those given to the broader public.

“As someone with a disability who studies disability and inequities, COVID-19 has only magnified those gaps for the disability community,” Swenor said. She cited the fire hose of public information early in the pandemic that was not always accessible to the visually or hearing impaired. In the summer, as COVID-19 testing became more common, there were gaps around accessibility of testing sites. And a similar story has unfolded with the vaccine.

Swenor said the entire pandemic has been a “reflection of how people with disabilities are viewed by society.”

“COVID has put a spotlight on these glaring inequities, and I hope it helps us re-examine the way that we have viewed people with disabilities,” she said. 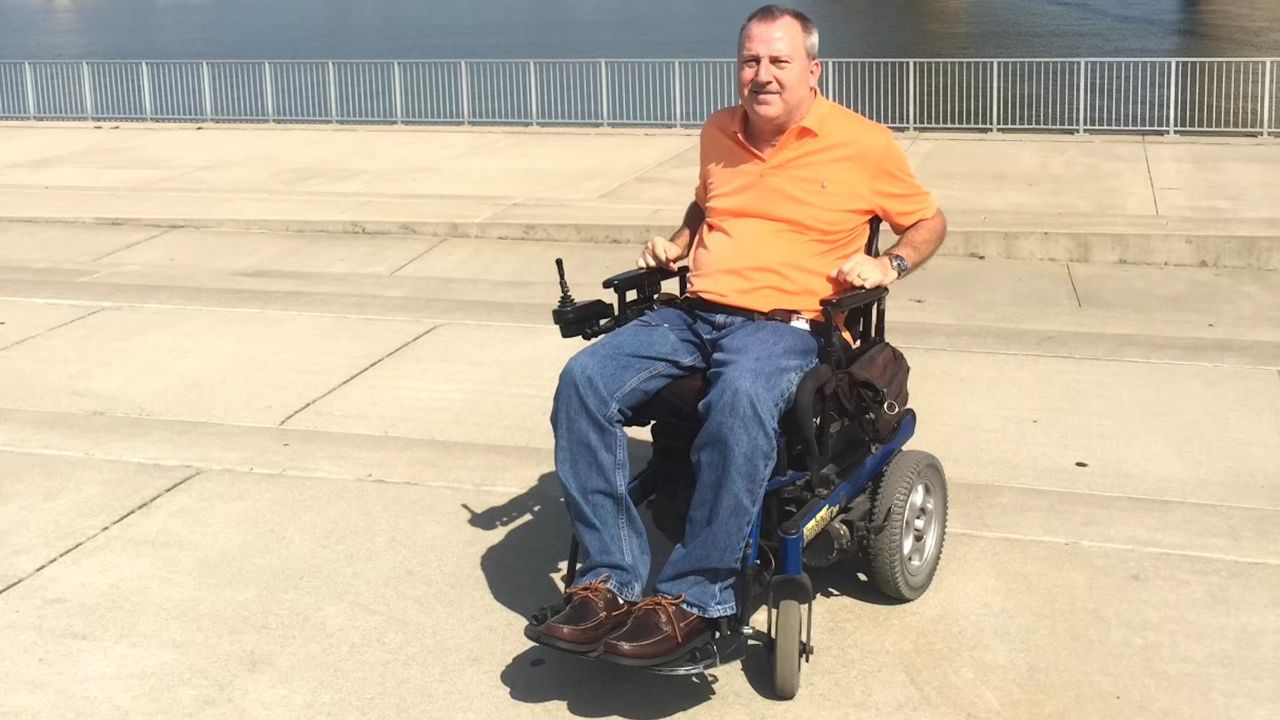 As a quadriplegic with diminished lung capacity, David Allgood was anxious to access the COVID-19 vaccine. So he followed the advice of public health experts and visited the websites of local hospitals administering the vaccine. The process left him frustrated.

“There’s nowhere to point out extenuating circumstances — paralyzed, quadriplegic, underlying conditions,” he said. “There's no opportunity for you to put in that information.”

While Allgood was able to get vaccinated because he volunteered with the University of Louisville, he said without that he'd still be “on the outside looking in.”

“It’s been a very frustrating process to me,” he said.

While most states, like Kentucky, are prioritizing COVID-19 vaccines based on age and other CDC-identified risk factors, some are allowing disabled people to get vaccinated sooner. Tennessee, for one, has a prioritization plan that includes adults with disabilities who cannot live independently.

Advocacy groups have suggested other fixes. In a letter last week, the National Organization for Rare Disorders argued that CDC guidance on high-risk conditions is too narrow, relying only on “available clinical research, to determine which underlying conditions indicate a higher risk of severe COVID-19.” That leaves the tens of millions of American with rare diseases struggling for answers.

The group suggested a revision to the CDC guidance by adding “other high-risk diseases” to those specifically named in phase 1C. But even that could pose problems, Schissler said. “Is fetal alcohol syndrome or cerebral palsy a disease?”

Swenor suggested that change has to happen at a more fundamental level. Public health experts must acknowledge that there’s limited data on COVID-19 outcomes for people with disabilities because of inequities in the health care system, she said.

Crews wishes the early stages of vaccination effort would have been more targeted. Rather than all teachers receiving vaccines, for example, he said only those over 60 with high-risk conditions could have. He also wishes his doctor had the ability to vouch for his high-risk nature and refer him for a vaccine.

Instead, Crews was left to find a vaccination or wait until he became eligible for the vaccine. So he did the former, making phone calls, sending emails to more than a dozen facilites. Eventually, he tracked down a source for a vaccination. He wouldn’t say where. “I don’t want their phones to get flooded with people like myself,” he said.