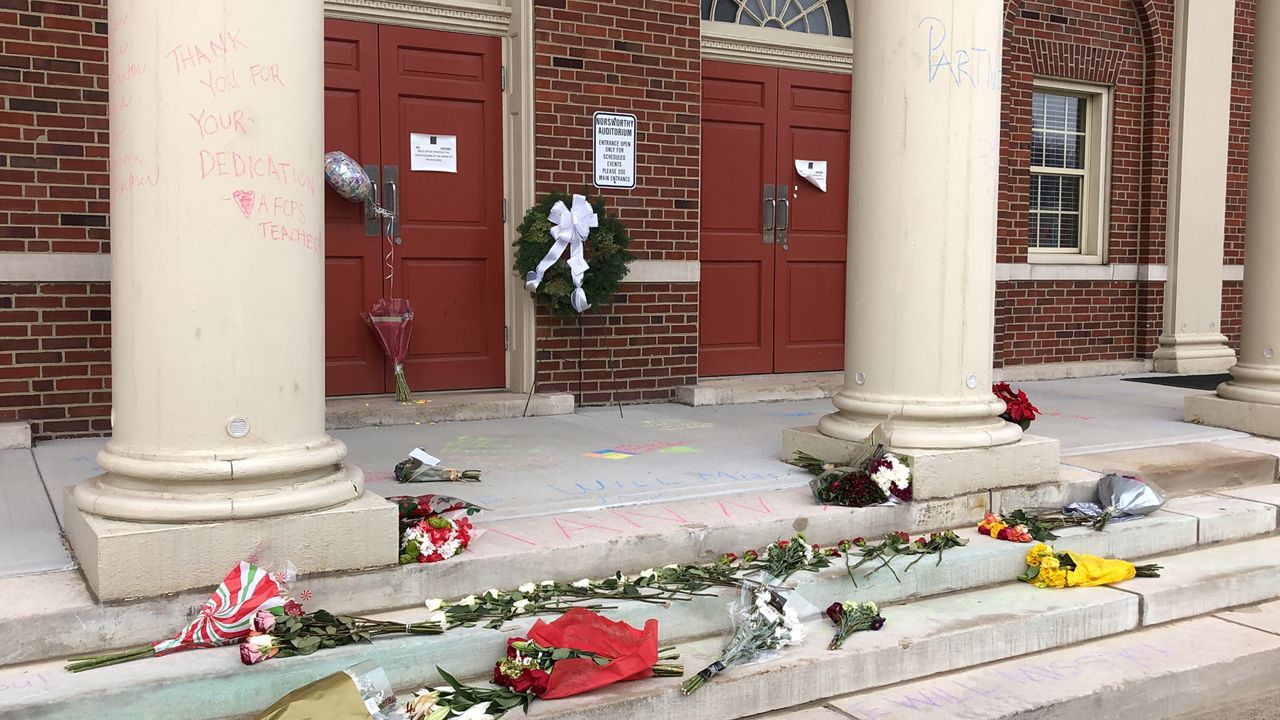 A growing memorial builds outside the former FCPS central office.

Dr. Emmanuel "Manny" Caulk died unexpectedly on Friday. He was 49.

This week, outside the former Fayette County Public School Central Office, lay bouquets, roses, balloons, and notes. It's a growing memorial with messages written in chalk.

“Just wanted to come out and show respect and honor Superintendent Caulk for the work that he’s done for our district in the last 5 years,” said Matt Marsh, a principal of Sandersville Elementary School.

He’s among the many honoring the memory of Superintendent Caulk.

“The news came Friday night as a shock,” Marsh said.

The school district said Caulk was a catalyst for equity and pushed for the reforms.

“A tremendous void in the community and personally a loss as my friend,” said P.G. Peeples, CEO, and President of Urban League of Lexington-Fayette County.

Peeples echoed a similar statement saying Caulk was a champion for education.

“His legacy is that he worked diligently on behalf of low-income students and working to close the achievement gap that existed when he came here,” Peeples said.

During Monday’s Board of Education meeting, the School Board dedicated the meeting to Superintendent Caulk.

They held a moment of silence and pushed all agenda items until the next meeting.

“I know that this is difficult for many of you. Manny did not want the focus to be on him in life or in death,” said Stephanie Spires, chairwoman of FCPS. “But rather he wanted the focus on the work as well as children in our community. Even in his final weeks and days, he was working to ensure his colleagues were updated and knew what that still needed to be complete and what projects he wanted to see completed. He had accomplished a lot in the short time here in Fayette county but he left a lot of work for us to do, us as partners.”

While arrangements to honor his life are still pending, students, teachers, principals, and the community continue to mourn his loss.

“Superintendent Caulk was a warrior for social justice and that came with the kids, first and foremost, but he was also an advocate for our teachers and our profession,” Marsh said.

For now, Dr. Marlene Helm will continue to serve as acting superintendent.