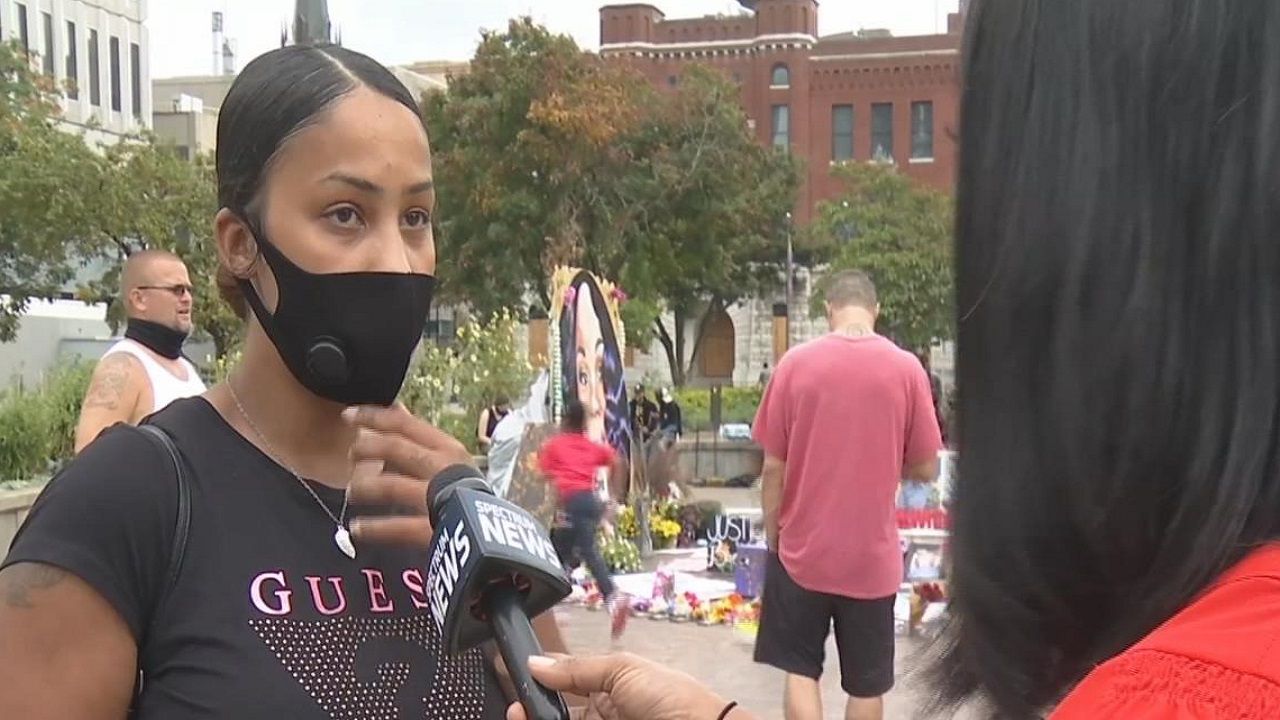 On the front row of the protests on Friday, Renee White marched in step along with some of Breonna Taylor’s family. (Spectrum News image)

"Life Can't Go Back To The Same:" A Mom Says Why She's Protesting for Breonna Taylor

LOUISVILLE, Ky. — Protests continued Friday across the country – and in Louisville, Kentucky, there was a renewed effort by Breonna Taylor’s family and their attorneys for justice.

They are calling for transparency in asking Kentucky’s Attorney General Daniel Cameron to release the transcript of the grand jury indictment which only charged 1 of 3 former Louisville police officers for wanton endangerment.

None of the officers were charged in Taylor’s killing which happened in March.

Since the decision on Wednesday the diverse crowds of protesters m appeared to be growing larger but with one message in mind and that is to get justice for Breonna Taylor.

The unarmed 26-year-old emergency room technician was shot by police while they broke down the door to her apartment while serving a late night warrant.

On the front row of the protests on Friday, Renee White marched in step along with some of Taylor’s family. White says, "When we mean no justice no peace that means that life can't go back to the same until we get justice."

For the 29-year-old mother from Detroit, the protests are personal.

“I know what it feels like to have someone be killed that you love," she said. "I lost a loved one. My brother was murdered when I was 16. He was only 17 years old and his case was never solved.

The protest is also personal for Lonita Baker. She was out walking near the protest too. She’s one of the attorney’s for Breonna family and she is a mother with a daughter a year younger than Breonna. Baker says, "If we say we have a criminal justice system - it has to work for everybody we can't continue to leave victims of police brutality out of the conversation."

White says she was one of 127 protesters arrested and jailed Wednesday night for breaking curfew rules. Despite that she says she'll continue to March until justice is served for Taylor.