The Trouble With Body Cameras

LOUISVILLE, Ky. — A tiny camera can provide huge insight. When worn on a police officer and recording, citizens can get eyes on the action while an officer responds to a call or arrives on the scene, or even chooses to use deadly force. But some citizens question whether the devices can truly help to hold officers accountable, and are disappointed in the lack of body camera evidence in the deaths of Breonna Taylor and David McAtee.

Under LMPD policy, body camera footage is released to the public when officers fatally shoot someone. Look no further than to the department’s YouTube channel for evidence video has been released. But the library doesn’t account for all fatal interactions; missing footage hasn’t gone unnoticed.

On March 13, former chief Steve Conrad announced during a press briefing, "We have no video from body-worn cameras to show from this morning.” This, after 26-year-old EMT Breonna Taylor, was shot to death by officers that early Friday morning. Police said the plainclothes detectives serving the "no-knock warrant" that morning were not required to wear body cameras.

Much public outcry resulted in a policy change thereafter. All sworn officers are now required to wear the cameras. However, there was again no body camera video of the scene surrounding the shooting death of David McAtee. Law enforcement said the fatal shot was fired by the National Guard, whose members do not wear the devices.

“The two officers that fired their weapons violated our policy by either not wearing or not activating their cameras. That’s completely unacceptable and there is no excuse for their clear failure,” LMPD’s Interim Chief Robert Schroeder later explained.

"Body cameras are only good as the policies behind them,” remarks Brandon Herring. Herring is a Louisvillian who has long been protesting and fighting against racial injustices. “You know body cameras aren’t gonna specifically change cops’ actions,” he adds.

Herring began protesting in 2014, in the aftermath of the killing of Michael Brown, Jr., by a police officer in Ferguson, Missouri. He was one of many citizens who took to Louisville streets to urge LMPD to adopt body cameras.

LMPD rolled out the cameras in 2015. But today, Herring is somewhat disappointed in their use, or lack thereof. The cameras aren’t always recording.

Officers use either the Axon Body 2 or 3 model of a small camera that’s worn at the chest, on the glasses or hat. 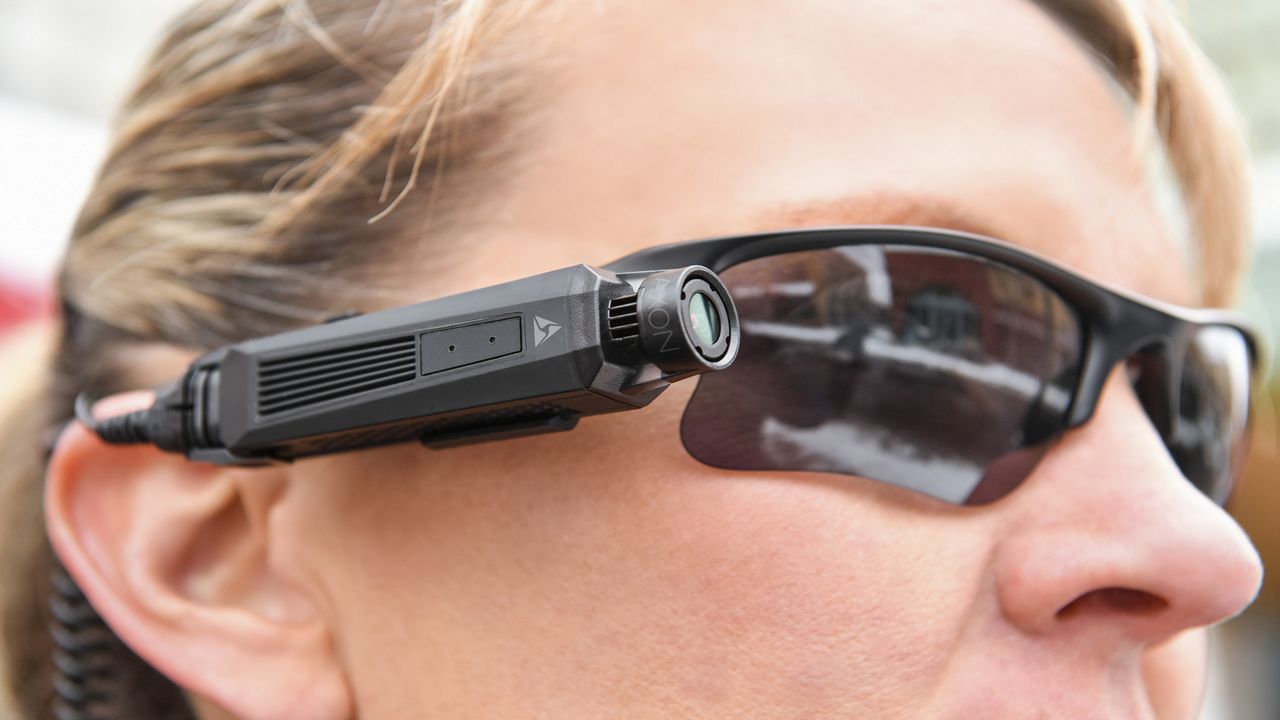 They must hit record to start the cameras rolling. Axon President Luke Larson says they are crucial tools, under this condition: “body cameras can capture truth and transparency, but that works if they’re recording.”

Larson says his company makes a new product that can automatically start the cameras rolling when programmed to detect signals like a cruiser door opening, or a gun being unholstered. Without a system like this, it’s up to the personal responsibility of the officer to hit record.

Studies done by University of Louisville’s Department of Criminal Justice show there is value in using body cameras. Professor Brad Campbell, Ph.D., has participated in studies on the devices’ use. In a 2018 outcome evaluation, he and two colleagues hypothesized that body cameras "will affect officers’ behavior." The researchers compared two years of LMPD data before the cameras were implemented, and two years of data after.

The newest version of LMPD policy requires “all sworn members” to “immediately activate” when “engaging in all law enforcement activities or encounters.” Is it enough? Herring is skeptical.

“Thank God for cellphones,” says Herring, “you know footage is always gonna be important. The second piece of that is holding [police] accountable.”

The body cameras he pushed to be implemented haven’t been used exactly as he’d hoped. Determining if officers are actually starting their caneras and recording video is meant to be tracked, but how is that being done?

Officers can be punished. LMPD Spokesman Lamont Washington tells Spectrum News 1, punishment for failing to activate can be verbal counseling, a written reprimand, and/or unpaid suspension days. Washington has not answered how often these consequences are handed down, or indicated how many times an officer has failed to press record when they should have. Washington says he is working to answer that but declined to an interview with Spectrum News 1.

Herring hopes some amount of discipline is being handed down.

Meanwhile, SN1 asked police of Kentucky's second largest city for the same information on failure to activate body cameras. A spokeswoman says: "When a BWC (body-worn camera) activation failure occurs, supervisors look at all the factors involved to see if there is a pattern of behavior that needs to be addressed through coaching and counseling or possible discipline. Officers have been formally disciplined for failing to activate their BWC."