When is your favorite surf spot primed to get the best waves?

The U.S. Open of Surfing was at Huntington Beach last week and finished on Sunday. Thankfully, the waves were decent. They weren't huge, and at the same time, not like a lake, either.

Huntington Beach is a great spot to hold the US Open of Surfing because it can break on swells from pretty much any direction... well, except an east swell, because that's where the land is.

It can even break on a southeast swell. I had a little trouble grasping that at first. My first thought was that there is no such thing as a southeast swell! A swell that develops as a result of a hurricane (or any strong tropical storm) off the Central American Pacific coast or Baja California can lead to a long-period southeast swell that breaks on Huntington Beach.

A swell's period, by the way, is the time it takes from one peak to the next peak to pass the same point. In general, the longer the period, the more powerful the swell is. A longer period swell can also travel farther.

A hurricane can churn up a swell that travels northeast, passes Baja, and wraps around and hits Huntington Beach, which faces south. 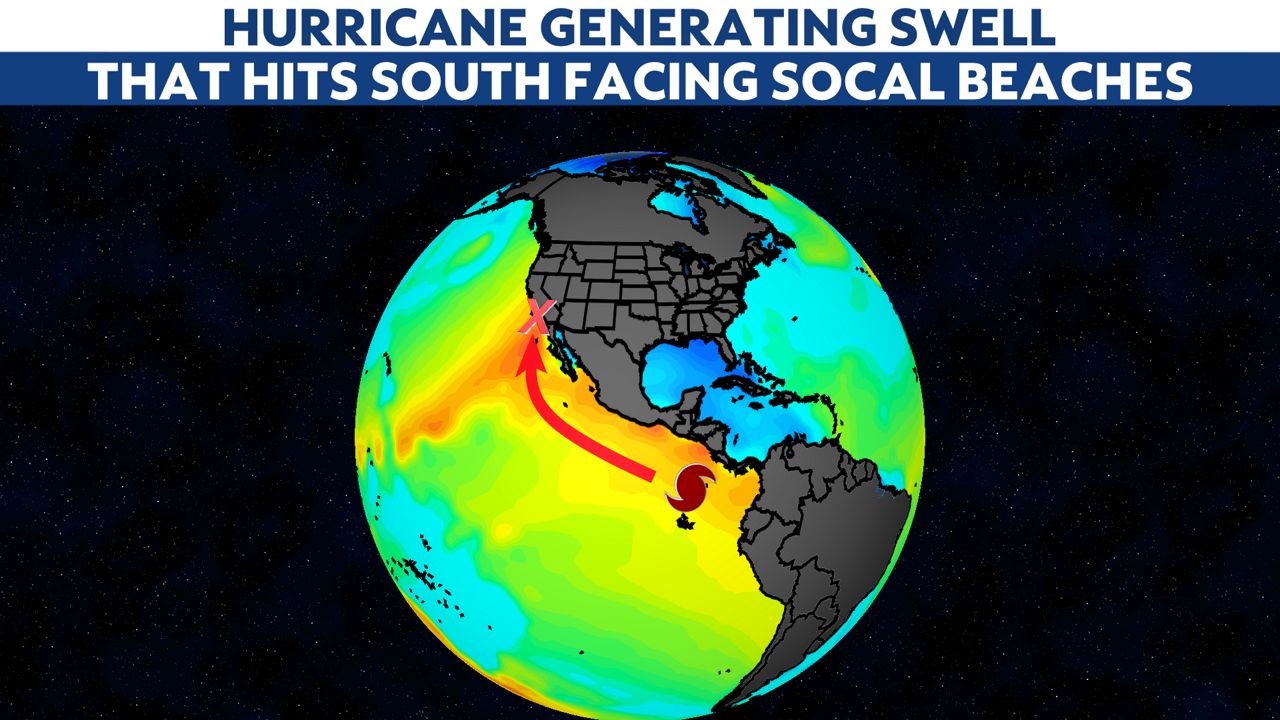 So, the big question is, which beaches have the best waves during which season? In general, south-facing beaches (also known as "breaks") do best on south swells. North-facing breaks do best on north swells.

South-facing beaches like Huntington Beach do well all year long for a couple of reasons.

In summer, hurricanes in the tropical Pacific can deliver great swells to most of Orange County's south-facing beaches.

Also, this is the Southern Hemisphere's winter. Powerful winter storms in the South Pacific can generate long-period swells that bring big waves to SoCal's south-facing beaches.

Huntington Beach and other southwest-facing beaches catch winter swells that form off the coast of Siberia and traverse the Pacific because of their long periods created by powerful winter storms.

Pretty much all breaks do well on west swells. That is, unless there is something that gets in the way of a swell.

According to surfline.com, shadowing is a term used to describe a break that is blocked by an island or a landmass. Point Conception can block a lot of wintertime north swells from producing waves in SoCal.

In the image below, notice that the waves (dark blue) are half the size of the waves (light blue) north of Point Conception. These waves are being generated by a storm off the coast of British Columbia. 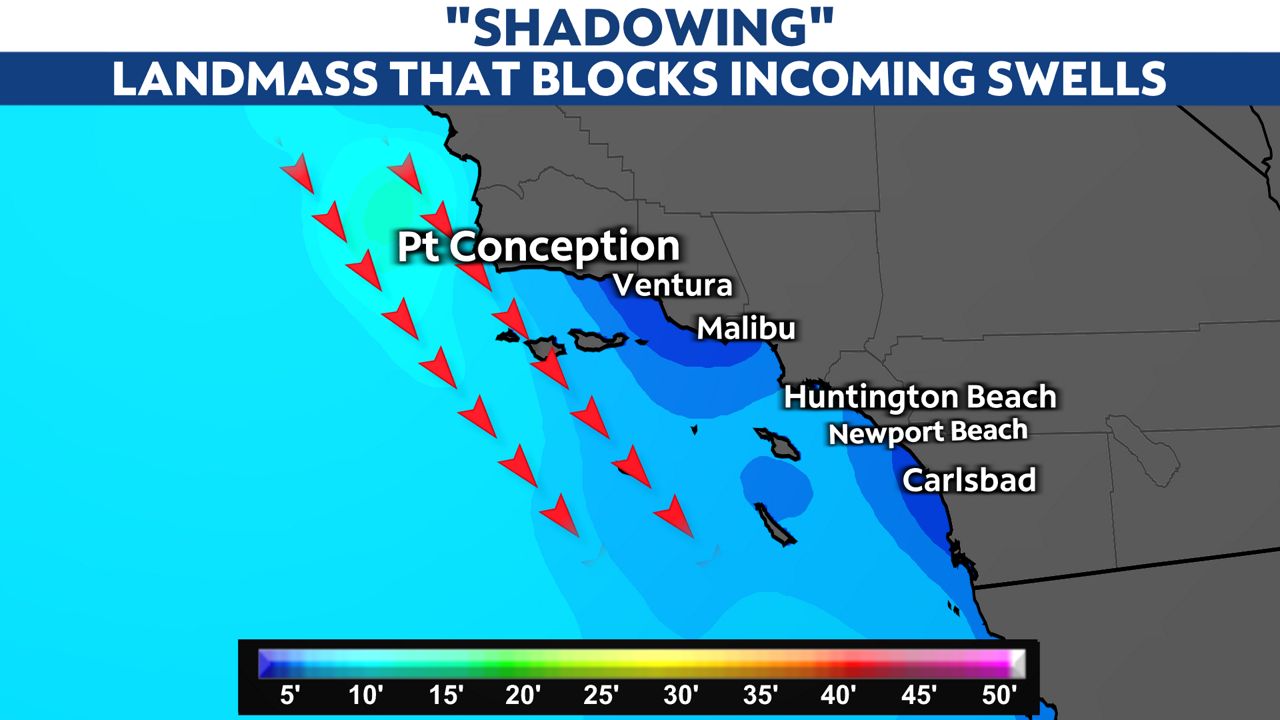 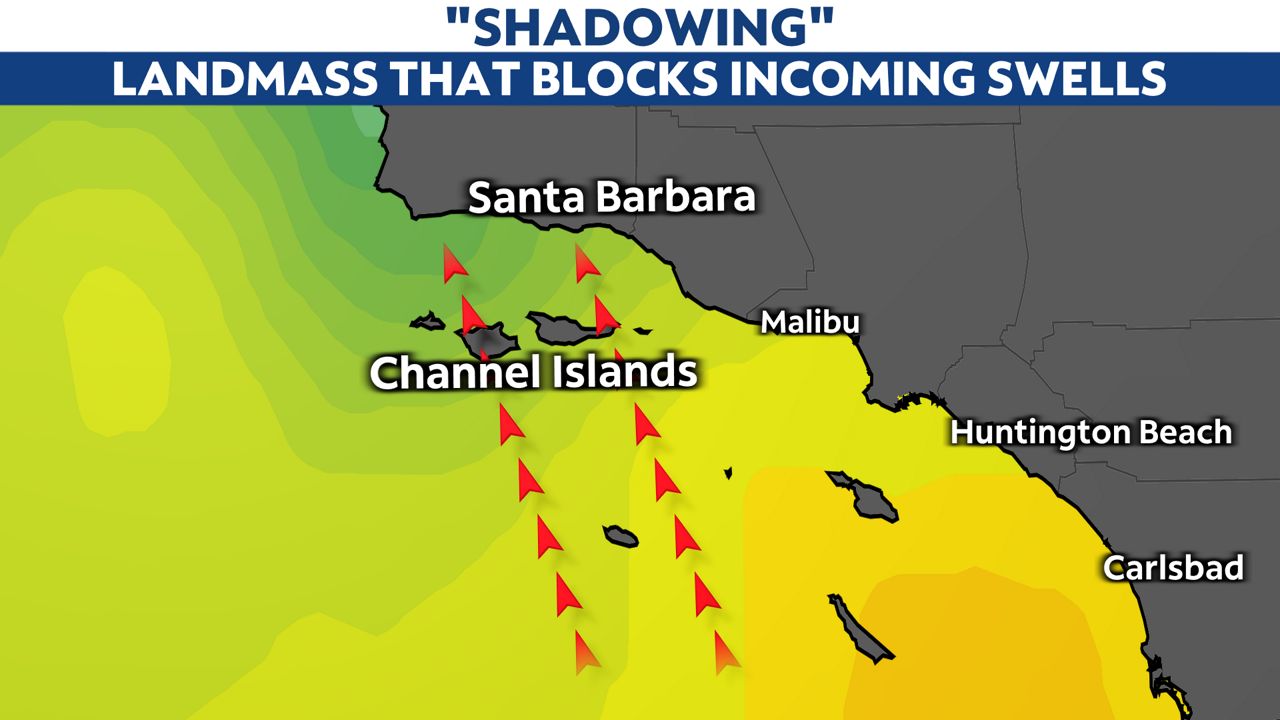 So, maybe you have a favorite spot that only breaks during a particular season. The good news is that you don't have to travel too far to catch a good wave any time of year in SoCal!