How Bad is the Drought in California? Depends on Who You Ask

Talking about drought conditions in California has become commonplace, but did you know there are several types of drought?

The drought you hear discussed on T.V. is meteorological drought — which is based on rainfall deficit and the length of the deficit — but drought also affects water resource management, farmers, and even everyday people like you and me.

The four types of drought are:

The National Weather Service (NWS) defines hydrological drought based on the impact of rainfall deficits on the water supply, such as stream flow, reservoir and lake levels, and ground water table decline. 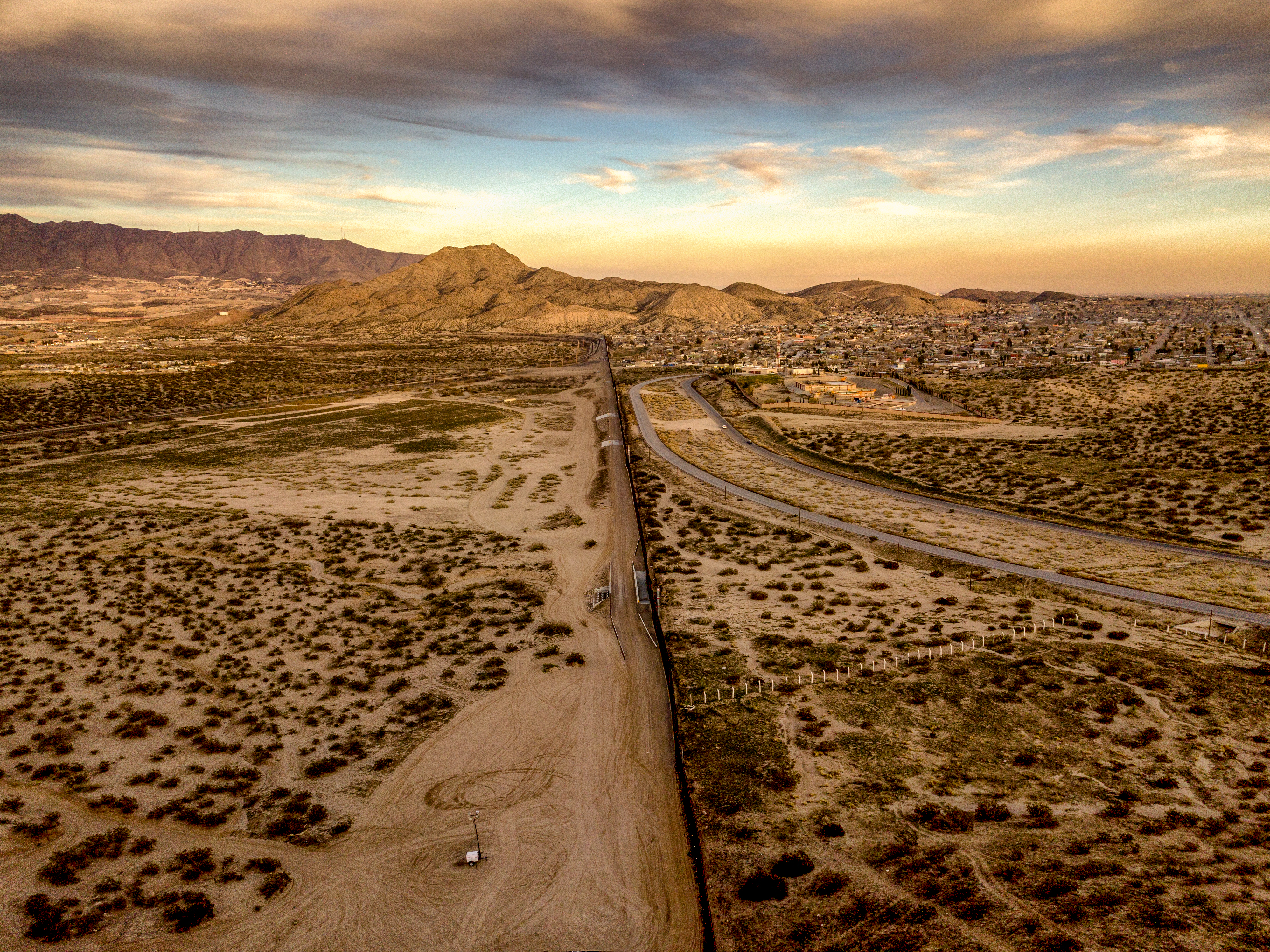 Hydrologic drought is caused by a lack of rain or snow. Photo: Getty Images

You’ll often hear me say it’s more important rain fall to the north than to the south in California. I’m not against rain here in SoCal, it’s just logistics. The majority of our state’s water supply comes from reservoirs to the north — namely the Northern Sierra 8-station index, the Central Sierra 5-station index, and to a lesser extent, the Tulare Basin 6-station index.

If these indices are on track, the state is in a good spot for water supply and distribution.

The NWS defines agricultural drought by the impacts on agriculture by factors such as rainfall deficit, soil water deficits, reduced ground water, or reservoir levels needed for irrigation.

California’s agriculture economy is huge — producing a third of the country’s vegetables and two-thirds of its fruit and nuts. This multi-billion dollar industry is heavily reliant on water supply — and highly affected by hydrological drought.

The NWS says socioeconomic drought considers the impact of all drought conditions — meteorological, hydrological, and agricultural — on the supply and demand of goods such as fruits, vegetables, grains, and meat. Socioeconomic drought occurs when the demand for an economic good exceeds supply as a result of weather-related deficit in water supply.

Consider the price of almonds and products like almond milk and almond butter. California produces a whopping 80 percent of the world's almonds, and supplies almonds for the entire United States.

Data shows almond orchards required 10 percent of the entire state's water supply in 2015 — due to a combination of the amount of the water the trees need and the sheer number of orchards in the state.

Severe drought will greatly affect the price of this good, thus creating a big socioeconomic impact for the United States and beyond.

California suffered a multi-year drought from 2012-2016, putting most of the state in severe, extreme, or exceptional drought. 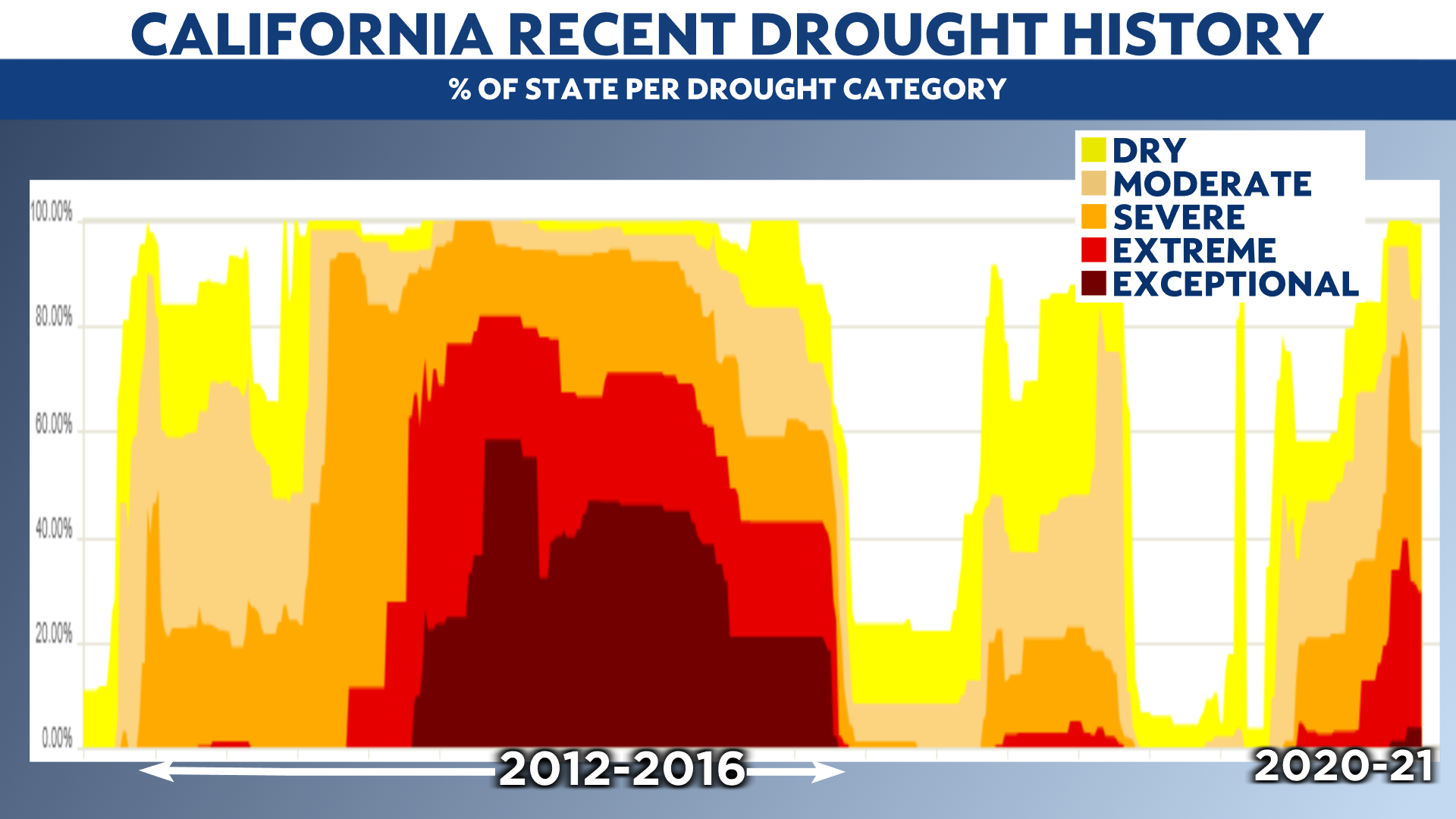 Snowpack — which stores 65 percent of the state’s water supply — was at critically low levels and groundwater — which provides nearly half of urban and agriculture water needs during drought — was sharply depleted. Tapping groundwater excessively has also led to several feet of subsidence (sinking) in California’s Central Valley.

It's been a drier than average winter for most of California. In fact, it may end up ranking in the top-ten driest years ever in Southern California.

Despite how dry it has been this year, near-average rainfall for Southern California last season has kept the drought from getting out of control to date. 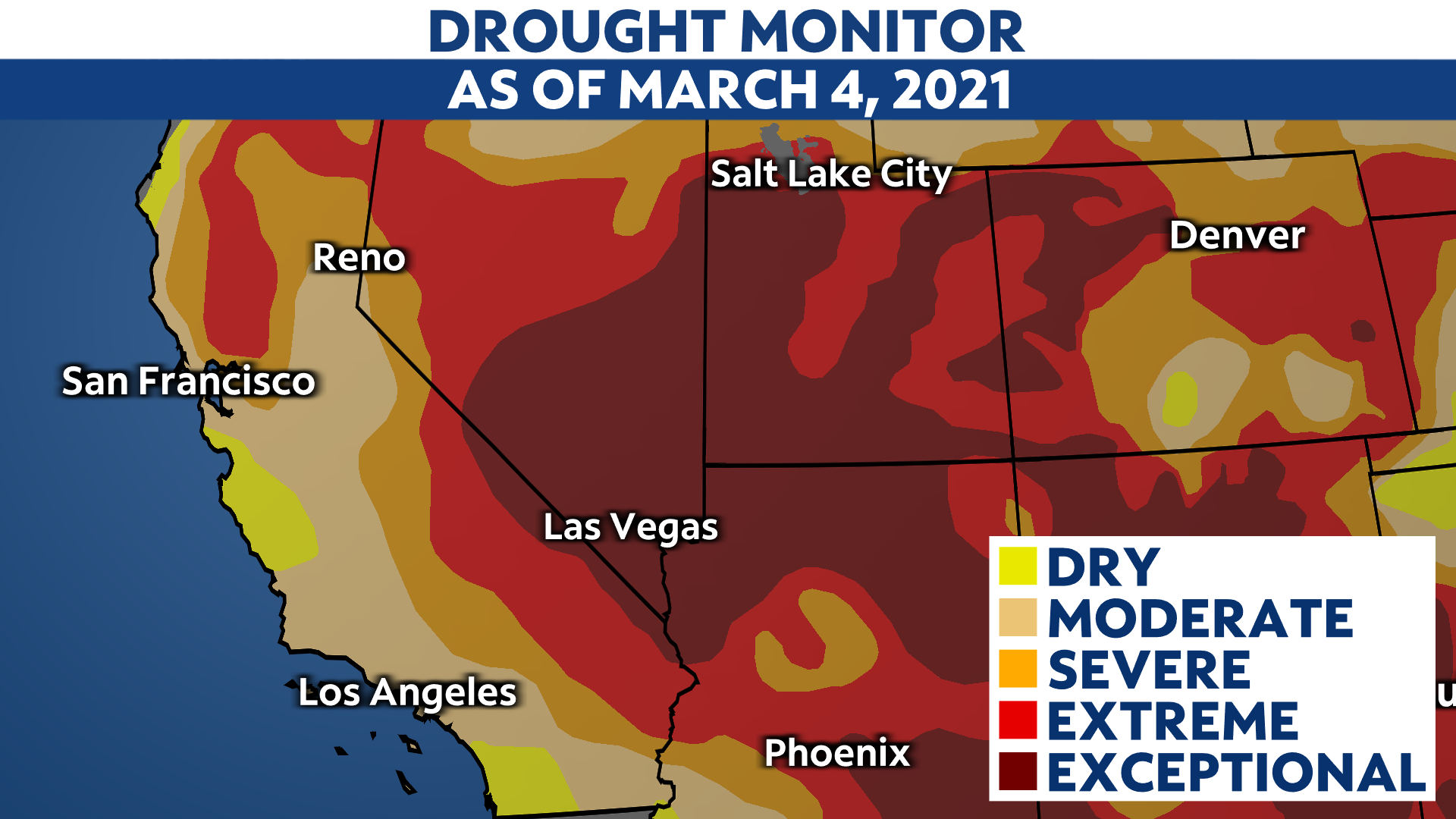 March may bring near-average rainfall for the month for most of California — active weather is expected through at least the next ten days — but it won't be nearly enough to erase the meteorological drought conditions in the state.