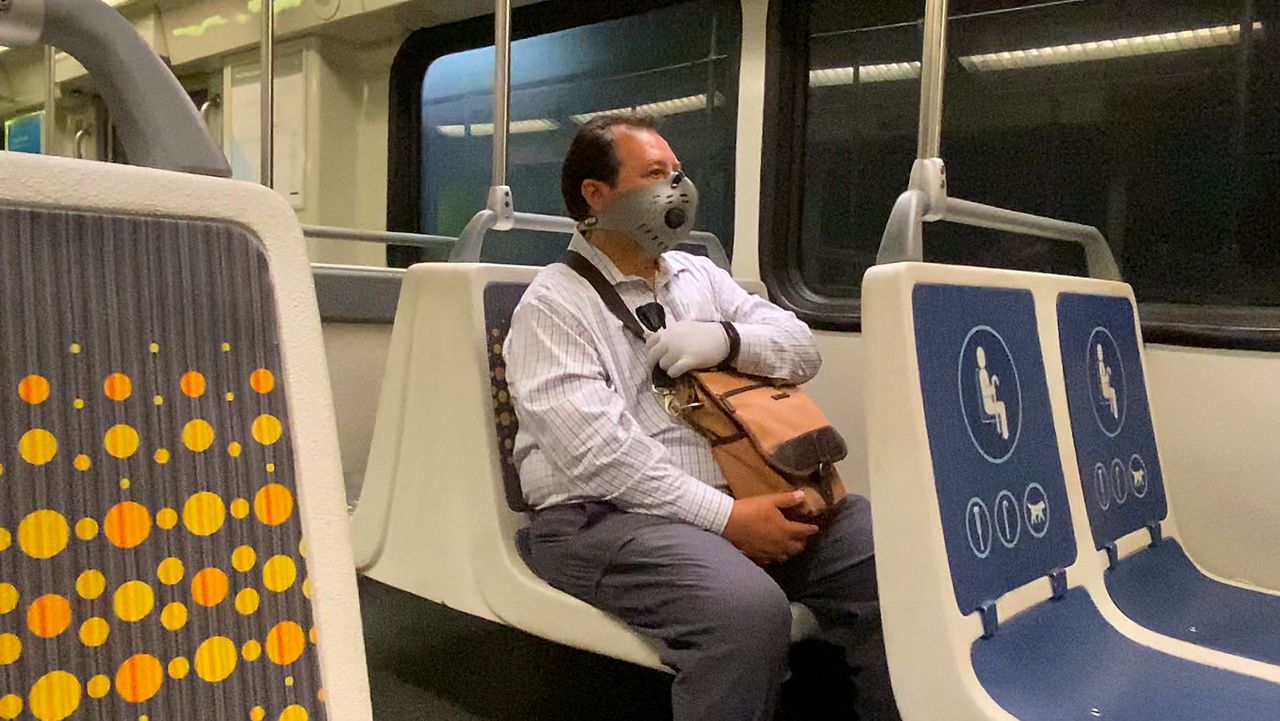 LOS ANGELES – L.A. County Metropolitan Transportation, or L.A. Metro, is taking on its most ambitious initiative to date — a study to consider eliminating bus and train fares. If Metro’s service were to go fareless, it would become the first transit system in the world to do so.

But not all riders are on board with the idea. Arleta resident Jamie, who would not provide his last name, has been riding Metro for the past few months since his car broke down.

“The COVID-19 makes it much difficult for people like me because we have to go to work and we have to stay healthy,” he said.

Jamie has asthma so to protect himself from germs during the ride, he said he loads up on extra masks and gloves. He loves the convenience of the train because it gets him from North Hollywood to downtown L.A. where he works at a law firm, but he also hates riding the Metro.

Jamie also worries about the number of homeless people on the train, he said. It’s an issue Metro will take into consideration as part of its study that considers eliminating all fares by 2021.

The transit agency hopes to put money back into the pockets of low-income residents, who make up the majority of riders and are disproportionately impacted by COVID-19, and increase ridership. Metro said a fareless system would also create an incentive for people to take public transit versus personal cars, ease congestion, and help rethink public space.

During the pandemic, Metro has lost 70 percent of its riders during stay-at-home orders and the agency estimates it will lose $1.8 billion by next July.

Free transit appeals to riders like Marcus Tappan, an Inglewood resident who grew up riding Metro buses and trains.

“Like when I’m going to school, I’m using one or two buses and or train, and sometimes, I throw in a little Uber or the scooters that you see,” he said.

Since the pandemic, Tappan works remotely from home and attends Santa Monica College classes virtually. But during normal times, he would take the bus and train from Inglewood to Santa Monica for classes. He said a round trip takes about three hours, depending on traffic, and costs several dollars.

Go Metro...for free? We're studying it! Eliminating fares would be an economic development tool that will also improve mobility for all people and put money back in the pockets of those who need it the most. https://t.co/RbbgWG5EJa pic.twitter.com/iJY5RDBpTD

But in the absence of fares, one of the biggest questions is, who will pay for the system? Metro CEO Phil Washington has said it doesn’t plan to raise sales taxes and would look for state or federal grants or other sources of revenue to fund the transit system.

“If there is something that is free and everybody can use it to enrich their lives, I say go for it,” he said.

But Jamie said he doesn’t think cutting fares is a good idea or that it would attract more riders.

“Because it only takes a couple [of] times for you to ride the Metro to see that it’s a very unpleasant ride,” he said.