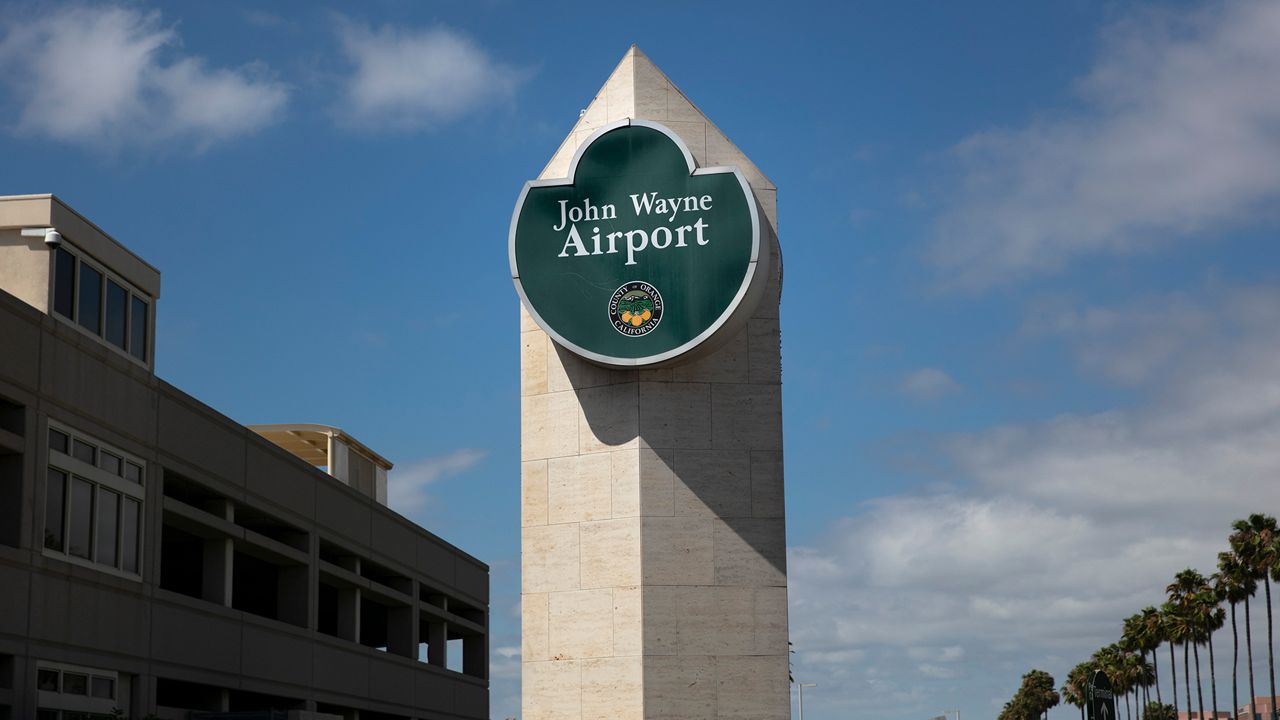 BALBOA ISLAND, Calif. – Balboa Island resident Maxine Maly’s front porch is just about a block away from the water and down the street from Balboa Island’s must-see spots. But her house also sits under the take-off flight path taking off for John Wayne airport, with commercial jets and general aviation planes flying over her house every day.

“You literally, you rattle. Your body rattles,” Maly said.

According to Maly, there have been far fewer flights overall during the pandemic, but she and her neighbors have a fear that the airport‘s plans could lead to more flights and more noise.

On Tuesday, the Orange County Board of Supervisors selected three fixed-base operators (FBOs) as part of the airport’s General Aviation Improvement Program to provide services like aircraft fueling, office and hangar rental, and other ground handling services for general aircraft, like business jets and piston planes.

Scott Cutshall is the Senior Vice President of Clay Lacy Aviation, one the full-service FBOs selected to enter into the 35-year lease negotiations. He says Clay Lacy has been listening to the community's concerns since 2016 and they want to work with the community.

One of the biggest fears residents have had historically is that smaller, generally quieter piston planes will be pushed out by bigger, typically noisier business jets.

Some things like flight path are determined by the FAA, but Cutshall says that Clay Lacy abides by noise regulations.

Cutshall himself is a pilot and has a history at John Wayne. He flew his first solo flight at the airport and his father was a flight instructor there. He says, maintaining the the ratio of smaller aircraft is personally important to him and that he and Clay Lacy are committed to preserving it for the future of the airport and community.

“As Clay Lacy Aviation, we have been and we are still in full support of the language that was put forward by, I believe first, the City of Newport Beach, and then agreed to by SoCal pilots and AWG and Still Protecting Our Newport to preserve the current mix of airplanes that are at the airport, to ensure that it does not slide to one side or the other. But that everybody has fair and equal access to the airport which, is a vital economic hub,” Cutshall says.

Community groups like AirFair, Still Protecting Our Newport (SPON) and Citizens Against Airport Noise (CAANP) have asked that maintaining the ratio be included in the final lease agreements, and have made a list of requests that includes:

These requests are similar to those made by the City of Newport Beach.

In a statement to Spectrum News 1, the City of Newport Beach responed:

“The City of Newport Beach has received assurances that the concerns expressed by our staff and elected officials will be addressed in the airport’s final, negotiated leases with the selected fixed-base operators (FBOs).  The City, along with aviation-focused community groups, is asking the Board of Supervisors to preserve and maintain the use of small, general aviation aircraft, prohibit the operation of a centralized General Aviation Facility, restrict operating hours of FBOs to those of the commercial curfew, and prohibit commercial airlines from operating out of an FBO. We will continue to advocate and communicate with the Board and airport staff as the lease negotiations progress. We are confident that these provisions will become part of the long-term FBO leases to limit the noise and air quality impacts of future airport operations and preserve the quality of life in our community.”

Maly has considered moving but says it isn't something she wants to do. She hopes to be able to work with her neighbors to create a sustainable future.