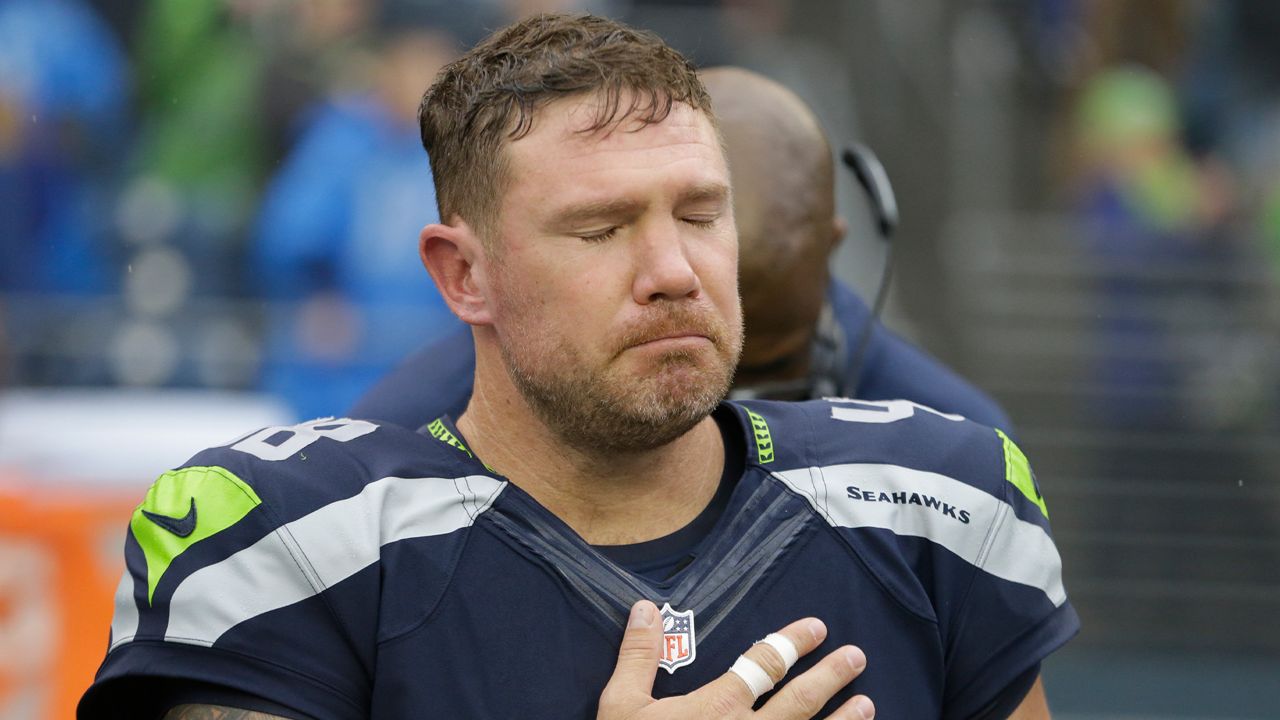 LOS ANGELES — Working out is about routine. It's also about empowerment and in some unique cases, it's about connection.

Walk into the Unbreakable Performance gym on Sunset Boulevard on any given Wednesday night, and a run-of-the-mill fitness class might be taking place. But this class is one that at its core, is much more.

"I call it my therapy," said Marine Corps veteran Johnathan Washington. "It's like a therapy session. Yeah, you work out, but afterward, you get everything off your chest, good or bad and everybody understands and treats you equally."

The weekly class is a cornerstone of MVP or Merging Vets and Players — a nonprofit that brings together veterans and former professional athletes in a peer support group to ease their transitions home.

While the types of service and sacrifice are different, the two groups both develop a sense of disconnection when their chosen careers come to an end.

"Transitioning back to civilian life, dealing with brain injuries, losing that meaningful feeling, like you matter," Washington said. "A lot of that gets lost coming back, whether it's from fighting for your country to playing professional sports."

The program's cornerstone is a weekly session at the gym, followed by what's called the huddle, a space where vets and players are encouraged to share their experiences and feelings.

The MVP's reach is even wider and closely linked with NFL teams such as the Los Angeles Rams outside of the gym.

Co-founder Nate Boyer, a Green Beret in the special forces and a player with the Seattle Seahawks, said the partnership is what makes the group so unique.

"When I was overseas, I was in Iraq, and I'm there throughout the fall and winter," he continued. "When I get back at 5 a.m., I'm putting Monday night football on to escape from war, to escape from the loss."

Through the Salute to Service initiative, that escape has become a reality once again.

The Rams have teamed up with MVP to host combat veterans at games and practices and put together various events, such as a kickball tournament in early November.

To a veteran like Ray Navarro, the events bring them a necessary sense of community, something that's been paramount to his transition after eight years in the marine corps.

"When I came back and had to be a civilian, there was a lot more questions, a lot less people I could talk to and less people who could understand my experience," he explained. "What's really important to a successful transition is having people who understand our journey."

With MVP, they find that connection and more with other veterans and with former players.

"Once you realize the uniform isn't something you are, it's what you wore, you can then make those things happen in every other part of your life," Boyer said.

It's a mentality not just meant for Veterans Day, but something both groups work through in the gym every week.

"MVP definitely helped as far as bringing me that team setting, people I can relate with, who share the same experiences as me," Washington said. "It filled a need I didn't know existed."

The battlefield and the ball field are two very different spaces, but MVP finds common ground every week.