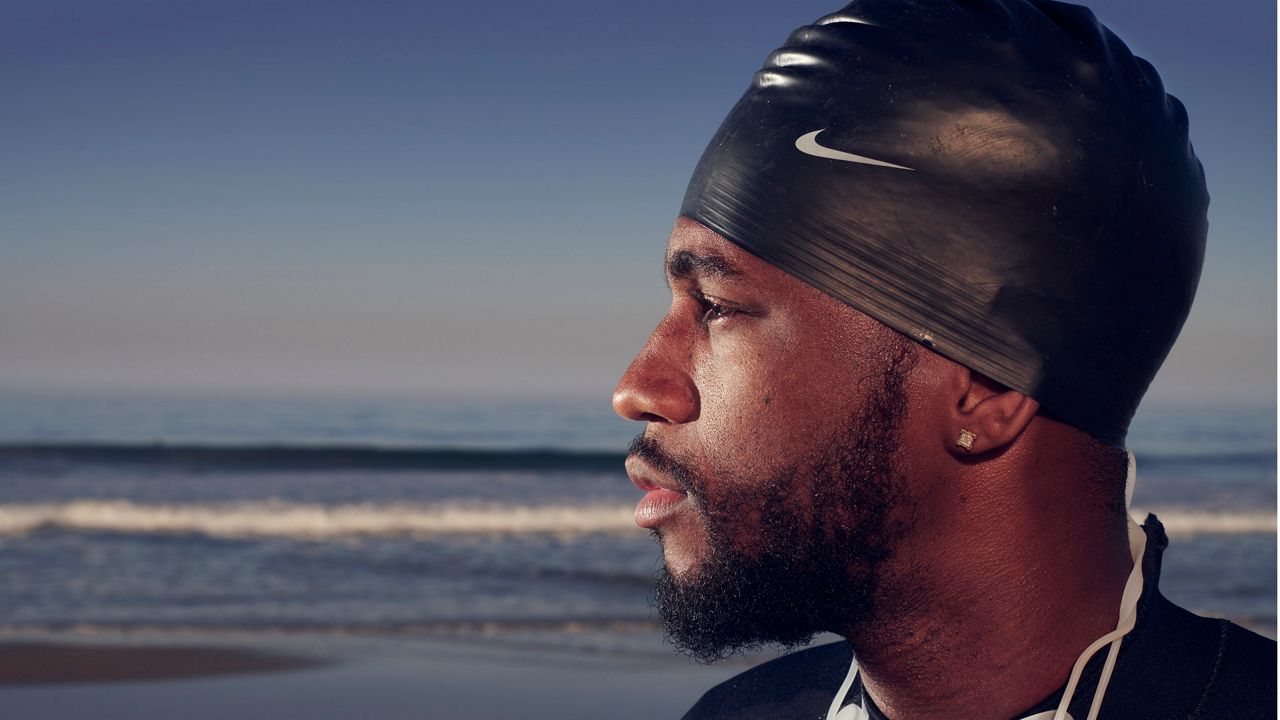 Local triathlete is competing for change at Herbalife24 Triathlon

LOS ANGELES — Walking through the sand and stepping into the icy, blue ocean water is always a bit of a shock to local triathlete Jordan Hunter.

Once he dives in, the feeling of the water, the rush of swimming in the open-air becomes like therapy.

There are no more distractions — it's just Hunter and something he's been around all his life.

“Neither of my parents knew how to swim and I became that first in the household and just kept going," Hunter said. "Then, it became my first varsity sport, and then I went to the navy and became a search and rescue swimmer."

"So water went from recreational, to a sport, to a career," he continued.

While the water has played such a pivotal role in Hunter's journey, ask him and he's honest, that's not always the case for other people of color.

“We’ve got a bad stereotype," he admitted. "It’s a bad statistic, but it’s also a stereotype. Over 69% in the United States of African Americans cannot swim."

"A lot of that is due to pool access or a generational thought, like, ‘I don’t do that so you’re not going to.’"

It's that idea that pushed him to take water from a career to a passion project in Los Angeles with the creation of Say it Loud Legacy — a group that is committed to teaching communities of color to swim.

“Just because it’s what’s been doesn’t mean it’s what will be," he said. "It's about teaching them to take another step and that’s what it’s about in life, period.”

For Hunter though, that next metaphorical step came in 2020 when he decided to compete in the next year's Herbalife24 Triathlon.

His goal, more so than just finishing the race, was to set a new standard in a sport that's not always been the most inclusive.

“It’s a predominantly white man’s sport," Hunter said. "I mean, edit that out if you want, but it’s the one who can afford the bike, have the access and also the people who feel the most comfortable.”

To Brennan Lindner, who acts as the race director for the Herbalife event, it's people like Hunter who are helping to make others more comfortable.

Community is one of triathlon's greatest selling points and Hunter is bridging the gap to widen that space for others.

“It takes someone passionate about the sport," Lindner said. "And getting more people into the sport, so they can discover something about themselves.”

And to Hunter, it's a thought that's on his mind every single time he puts on his wetsuit.

“I am setting the foundation for myself as an African American and I want to do that for others," he said. "The more we can do it, the more people get into it.”

This weekend at the Herbalife24 event, he'll work with a team of eight to 10 other people of color — hoping to showcase that not only is triathlon accessible for all, but that one can find his or her niche within the space as well.

In addition to a triathlon beginning on Venice Beach, the all-day event will include a 22-mile bike tour, a 5K and a kids zone perfect for families.