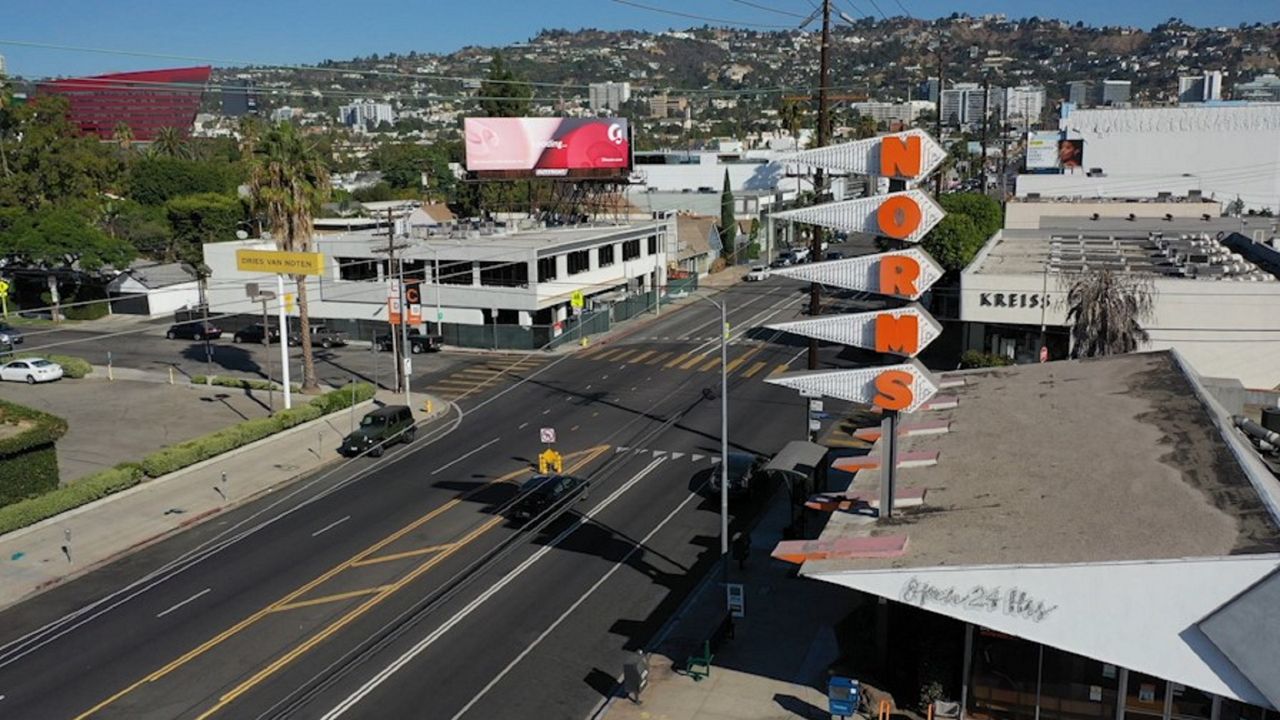 The Norms restaurant on La Cienega Boulevard is an iconic Los Angeles landmark. You've probably driven past it many times, but what you may not know is that the building itself is a historical site that's considered one of LA's last, best remaining examples of Googie architecture.

"Googie architecture started in the mid-1950s in Los Angeles and was named after Googie's Coffee Shop that was next door to Schwab's Pharmacy on Sunset Boulevard," explained "The SoCal Scene" Vintage LA correspondent, Alison Martino.

According to Alison, Googie buildings were "structures that grabbed attention." In addition to Norms, other remaining examples of Googie architecture around LA today include coffee shops, car washes, motels and even a Beverly Hills gas station.

Alison got an inside look at Norms, which she calls a "Googie feast for the eyes." The restaurant's Googie interior inspired "Mad Men" producer Matthew Winer, a longtime customer who wrote his series notes while eating at the restaurant.

Click the arrow to watch the video as Alison takes us on a restaurant tour and sits down with its general manager to sample some of the great food the restaurant has been serving for 72 years.​