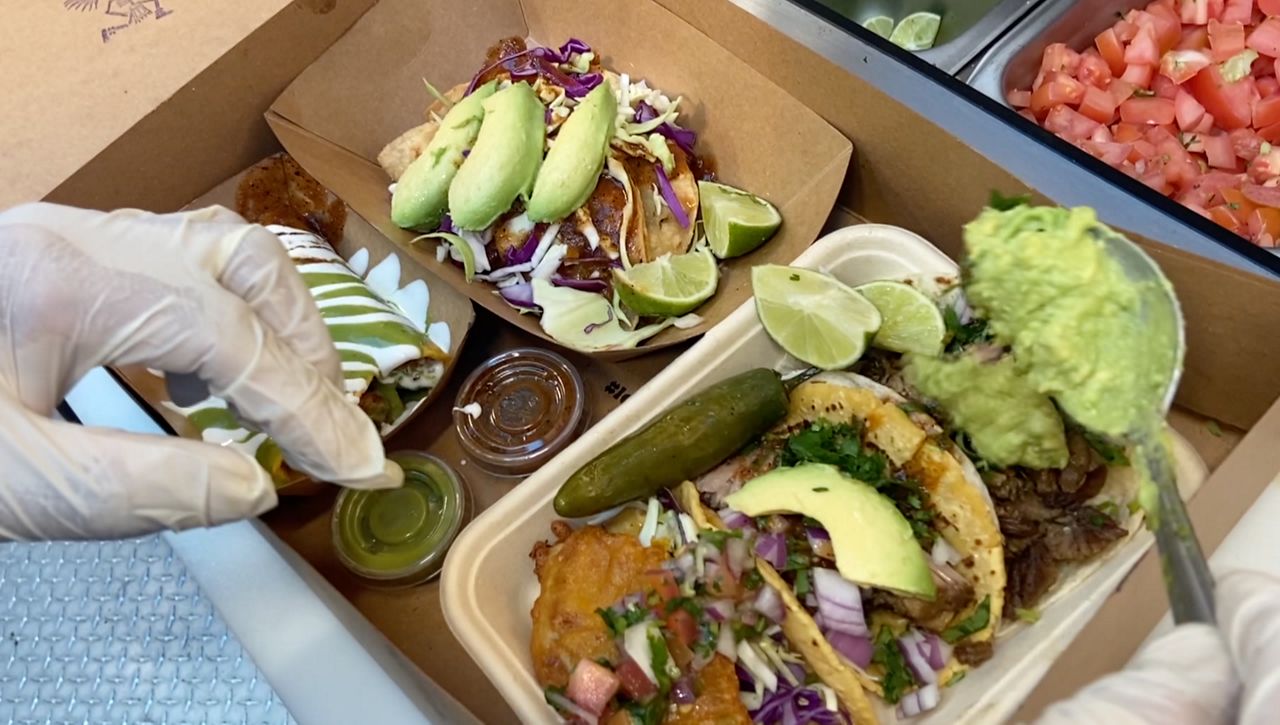 “I build my community through tacos. Who doesn’t love tacos?” said Barrientos.

Tacos have become part of Southern California’s culture. Whether you are young, old, rich, or poor, you have probably enjoyed one from a food truck.

Barrientos took over this truck that was parked in the historically more affluent neighborhood of the Pacific Palisades. He noticed the previous owner’s customers tended to be workers in the community. Slowly, he started to bring in residents to dine on his authentic Mexican dishes, bridging the gap between social status.

“Street food in my opinion is a social equalizer. You have your landscapers and your CEOs all coming to the same place. It’s accessible to anyone,” said Barrientos.

Accessibility is important to Barrientos, because it wasn’t always attainable for him. He is currently not an American citizen. He was brought to the U.S. with his family as a child and never knew any different.

“I was just a normal kid. I didn’t feel not from the United States. I grew up here,” said Barrientos.

But when it came time to get a job and apply for financial aid in college, he noticed his immigration status played a role in his future. So, Barrientos applied to live and work under DACA and now is able to own his own business.

“It opened up doors to other possibilities that I didn’t have before,” said Barrientos.

He uses his status to make other immigrants proud and prove dreamers like him are exemplary citizens.

“People who don’t agree with DACA always want to take away our dignity and that is something I take very, very seriously. I don’t want anyone to have anything negative to say about immigrants,” said Barrientos.

This is what fuels him every day. He serves his minimalistic, high quality tacos, burritos, and more hoping to give anyone a delicious, authentic experience especially through his signature beer battered fish tacos.

You can support an immigrant business and grab a taco in the Palisades from Gracias Señor, located at 15120 W. Sunset Blvd. Pacific Palisades, CA.