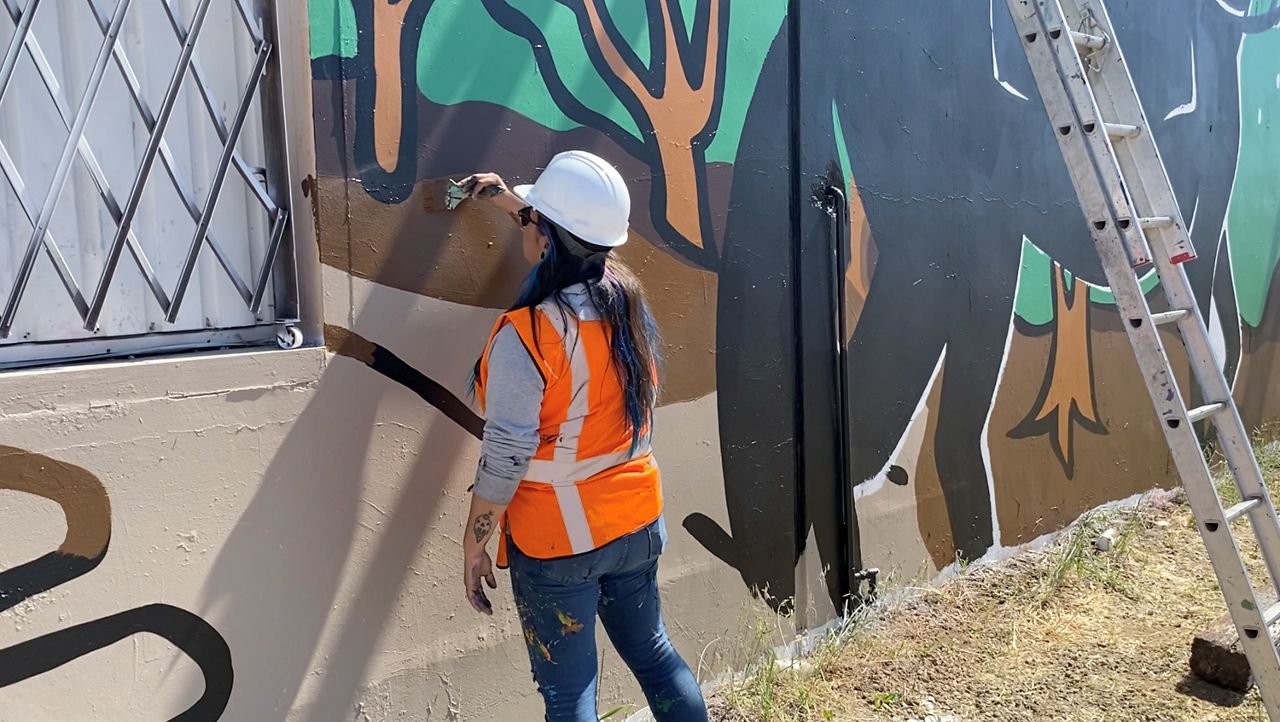 LOS ANGELES — Freshly sliced pepperoni, it’s just one of the reasons KWIK Market and Deli in Sylmar has become known for its sandwiches.

It keeps owner Marlene Rini busy both behind the register and in the store for most of the lunch hour, but for Rini this isn’t just her business, it’s her family history.

Her grandfather came to Sylmar from Italy in the early 1900s. She has historical pictures in her store, including a depot he got off of when he arrived in the United States.

“My grandfather actually got off on this train depot right here,” she said as she points to a picture.

It’s that history that makes a new mural located directly across from Rini’s store so important.

Graffiti had plagued the wall, and the issue was getting worse, but now the mural will cover the entire length of the wall. It’s being painted by a team of professional artists led by Erica Friend.

Friend was born and raised in Sylmar so when she was asked to do the mural saying she was excited was an understatement.

Since Friend is from Sylmar, she knew exactly what she wanted to paint. The mural is “almost like a timeline of history, from the Sylmar olives until now, the more urban area of Sylmar,” she said.

As for Rini, even though the mural isn’t complete, she’s already a fan.

“They’re bringing out a lot of Sylmar history like the olive trees you know, which I love for my family and the horses, the rural aspect of it and I told my husband, that’s me on the horse there because I have horses,” she said enthusiastically.

Rini said she not only loves that it helps beautify the area but she also feels a connection to the mural.