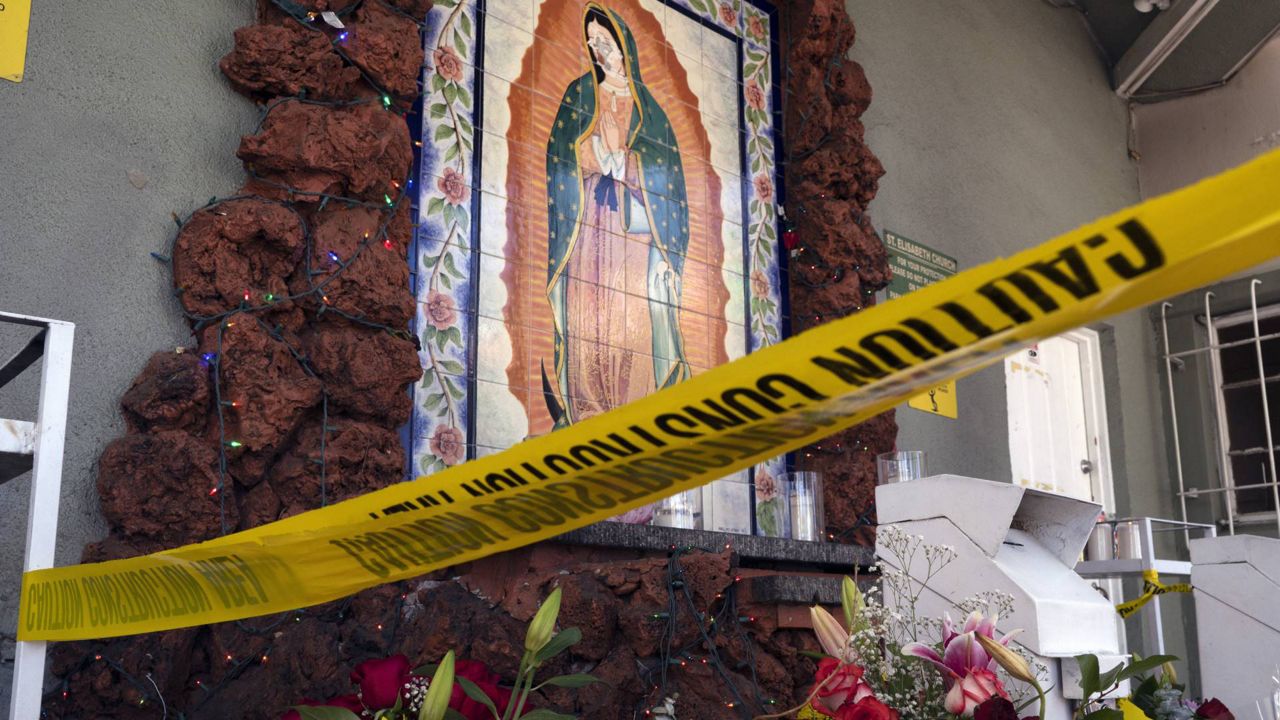 Flowers and police tape are seen in front of a smashed mural of the Virgin of Guadalupe on the side of St. Elisabeth Catholic Church in the Van Nuys section of LA on April 28, 2021. (AP Photo/Richard Vogel)

VAN NUYS, Calif. — Father Vito and his church in Van Nuys are extending grace to the man who was recently seen vandalizing their beloved mural of the Virgin Mary of Guadalupe.

The man struck the mural inside St. Elisabeth Catholic Church 13 times, including 12 blows to the face of Virgin Mary.


Father Vito explained how seeing this security footage of an attack on such a sacred site breaks his heart.

“I was just shocked," he said. "At the beginning, I was not able to think anything. I just invited people to pray. That was my first reaction: to invite people to pray and ask the blessed Virgin to touch the heart of this person."

The outdoor mural has for years served as a symbol of faith and unity to this predominately Latino neighborhood in Van Nuys. And while the attack shook up congregation members who noted that the neighborhood is generally safe, it also attracted them to visit the site even more — not just to pray for their own needs, but also to pray for the man who attacked the site.

“Mexicans and Salvadorians are the majority in this neighborhood," said Vito. "And of course, especially the Mexicans, they have a great devotion to the Virgin of Guadalupe."

Vito is encouraging the neighborhood to extend forgiveness to the man and hopes the community will step up to help provide donations to repair the damages.

“The most probable thing is that this person was very angry," he said. "He kind of exploded in this way. We just pray for him. That is what is important.”