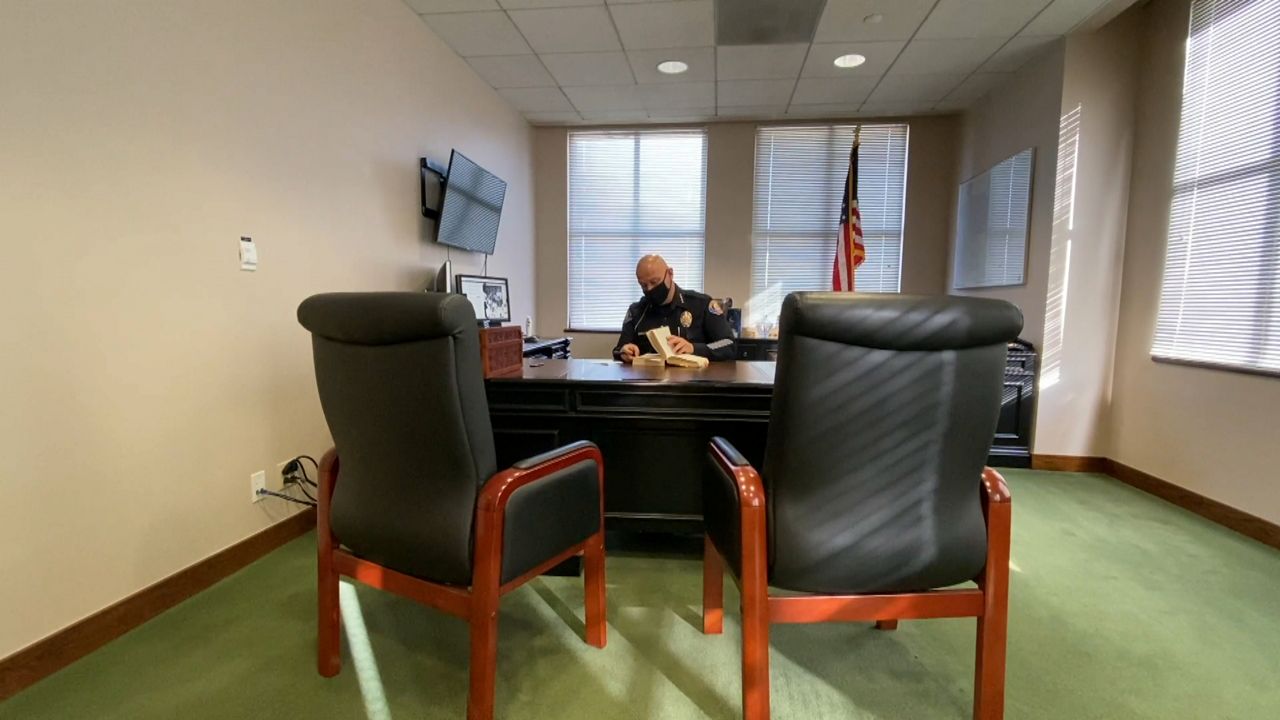 Officers said they seized 288 guns last year, which is 62 more than they recovered in 2019.

The jump is a 27% increase that Pasadena Police Chief John Perez calls concerning, after a year of firsts across the nation that severely impacted the city.

Perez added that the nation is looking at the largest year-to-year increase in violent crime in modern history, and those statistics are reflected in Pasadena.

"You can start to see the serial number was obliterated there to avoid detection," said Grisafe.

Illegally possessed and likely stolen, he said, this continues an alarming trend the police chief hopes isn't an indication of more to come.

"We had nearly 300 seizures of weapons last year, and this year we are already looking at as many seizures as there are days in the year 2021," said Perez. "That's dangerous for us."

Perez added that it's hard to pinpoint the exact cause, but he knows for sure it was a year unlike any other as the city saw an 85% increase in gun violence crimes in 2020 than in 2019.

According to recent studies, these factors contributed to a record number of first-time gun buyers across the country. The chief explained that although most registered gun owners aren't causing the problems in Pasadena, his concern is that long lines at gun stores lead more residents to purchase their guns illegally instead.

"Because of that wait, people are saying, 'Well, you know what? Can I buy that gun? Want to sell it to me for 100 bucks? Yeah, here you go.' And they don't do the paperwork," said Perez.

The chief added that the broad majority of guns his officers seized in 2020 have no record and are stolen, which is an obvious challenge when needing to make arrests.

Although overall crime in the city only rose 2%, Perez said Pasadena saw a 59% increase in the number of people shot.

"I've never seen a year, being in this profession for 35 years, to see this many rounds being fired at incidents and involving gang members and people who are in conflict with one another," he said.

Perez's department is now working on intervention and prevention to address those increases. As he prepares to give a keynote speech promoting this education in remembrance of Martin Luther King Jr., the chief noted that Dr. King said how much of the work has to be done from the inside for a lasting change.

"We have to push through this storm and keep trying to make the changes we can," said Perez.