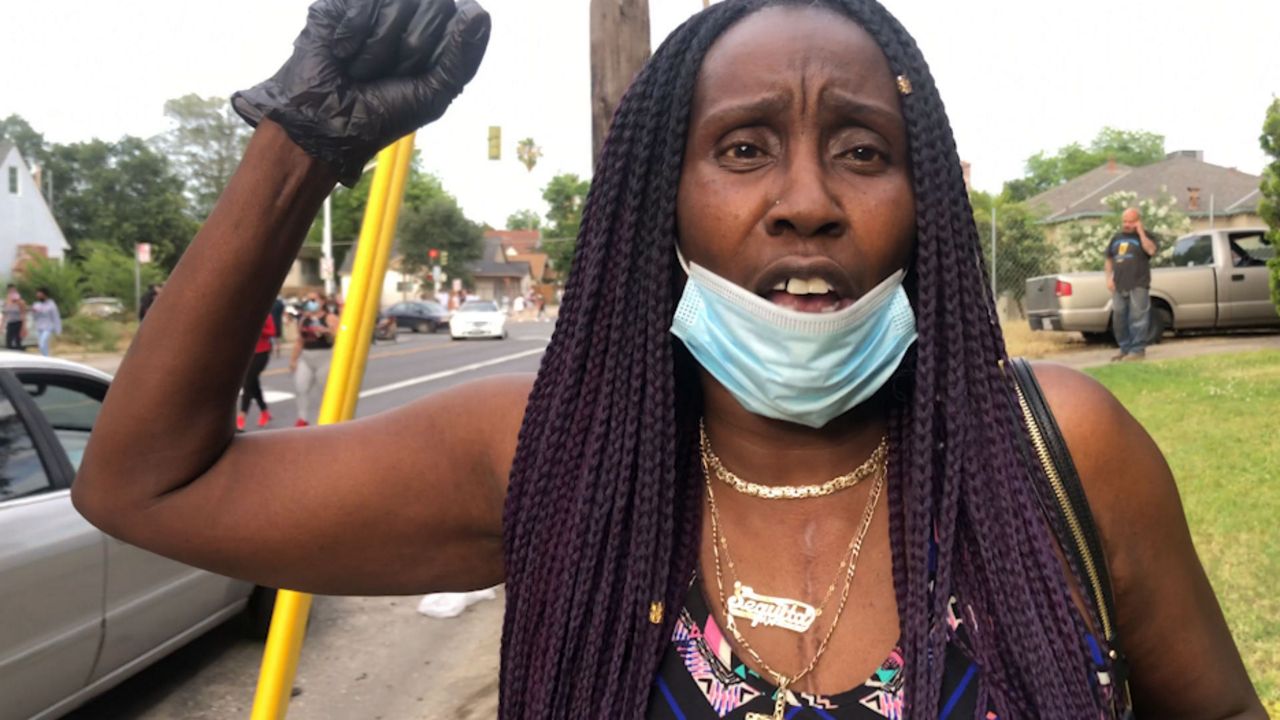 SACRAMENTO, Calif. – Hundreds of people took to the streets of Sacramento to protest the death of George Floyd. Sequita Thompson, Stephon Clark’s grandmother, was one of those protesters.


Thompson’s grandson was shot and killed two years ago in her backyard by two Sacramento police officers after they mistook his cell phone for a gun. Today, she marches to seek justice for yet another black man who was killed by law enforcement.

Since Clark’s death, Thompson has been advocating for a safer community where her family doesn’t have to fear racial profiling and violence.

"I’m going to fight as long as I can until the day I die for my grandkids and for all the ones that have been murdered, not just mine but everyone’s," Thompson said.

Thompson says there was no justice in Stephon Clark’s case after the two Sacramento police officers who shot him were not charged.

The grandmother of #StephonClark, the black man who was shot and killed by two #Sacramento police officers after mistaking his cell phone for a gun, supports #GeorgeFloyd at protests in #Sacramento.

While she protests for black lives in Sacramento, Thompson had one final message to the police.

Thompson says she will continue to fight until people like her grandson, George Floyd, and Breonna Taylor receive the justice they deserve.