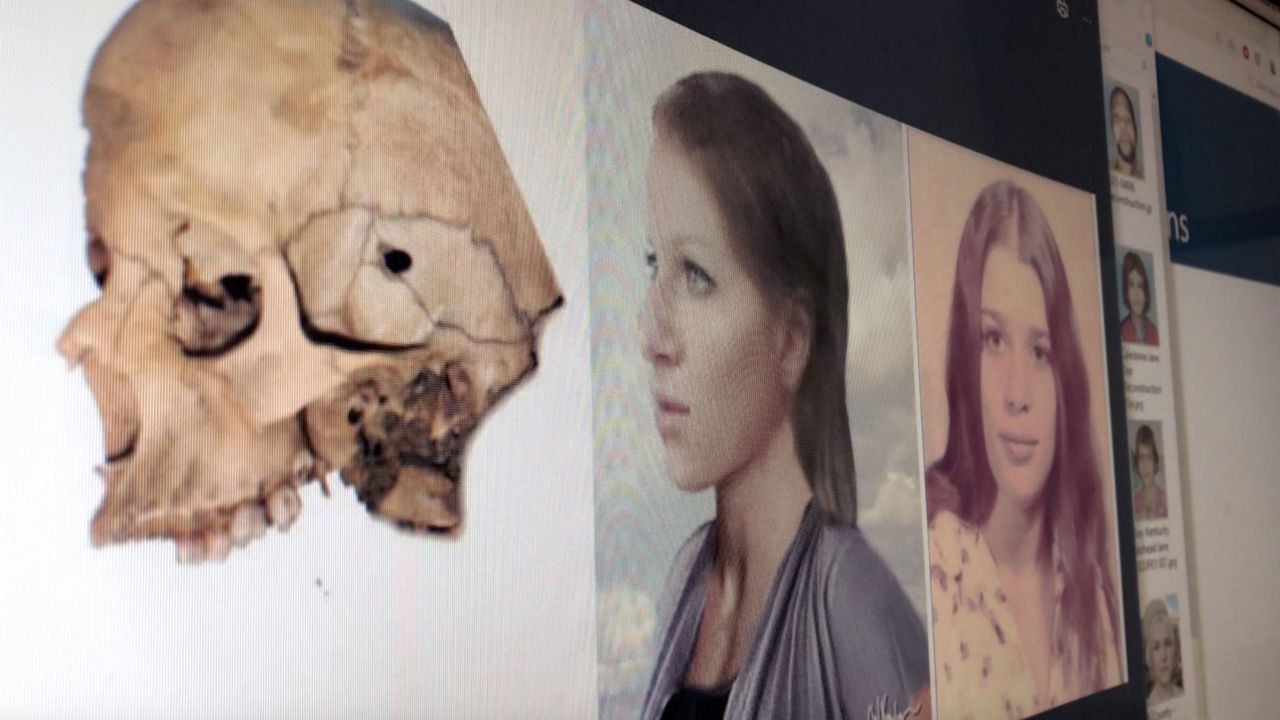 TORRANCE, Calif. – In a little second-floor apartment in Torrance, Carl Koppelman is solving some big cases.

He is an accountant by day and detective by night.

“Currently with the DNA Doe project the work includes putting together family trees and trying to research the matches to our Doe cases and trying to figure out how their trees all fit together,” says Koppelman.

He is volunteering on a project trying to identify a Jane Doe in Ventura County. Koppelman will spend hours after work reading through old archives, finding names of potential ancestors, and attempting to build the family tree.

Koppelman doesn’t know the victim or the family, and yet he has spent the last decade trying to solve cold cases just like this one. Why is he so obsessed? He says maybe it has to do with growing up in the 70s, hearing of serial killers like the Hillside strangler, the Manson Family, and the Zodiac Killer.

“I just don’t understand how these people have no empathy for humanity,” says Koppelman.

It all started 10 years ago, when he began reading a forum called Web Sleuths.

“Web Sleuthing is an online community of people who are interested in unsolved mysteries, true crime,” says Koppelman.

At some point he stopped reading the stories and started trying to solve them; spending up to 12 hours a day six to seven days a week on these cold cases.

“Unidentified cases, the one I spend the most time on is the Walker County Jane Doe case. I must have gone through 300 to 400 yearbooks on classmates.com for high schools in the south east Texas area. Never was able to find a yearbook with her face on it,” says Koppelman.

He also builds life-like renderings of victim’s faces in order to try to get Jane and John Does identified. It takes him hours and dozens of iterations.

“So, there wasn’t any decomposition [on this body]; this probably takes me 5 or 6 hours of work,” says Koppelman as he shows us some of his facial renderings.

Sometimes, he doesn’t even have a body, just fragments of a skull.

“I had a deteriorated skull, I had to create a composite from a deteriorated skull and picture the same skull from the crime scene but it wasn’t oriented properly. So, I had to fill in the missing areas of the skull from the photos of the crime scene before I could then develop a face onto it; and that was one of my tougher cases,” says Koppelman.

Koppelman’s  facial renderings have led to the identification of three John Does and his research has helped close at least eight cases in all. He is helping address what is often referred to as our nation's silent mass disaster, the number of missing people and unidentified bodies in America.

There are more than 80,000 active missing persons cases in the U.S. and almost 2,500 in California alone, according to the National Crime Information Center and National Missing and Unidentified Persons System. In addition, more than 1,000 bodies are recovered every year, the identities of these Jane and John Does remain a mystery to authorities.

But Web Sleuthing can be controversial. Some law enforcement officials warn that when laypeople without any training or license get involved in cold cases, they can cause real damage to an investigation. That is why it is often recommended that if you want to help crack cold cases you join non-profit organizations that have strict parameters for their volunteers.

Koppelman tries to limit his involvement to identifications of victims not suspects, that way he avoids jeopardizing future criminal cases. There is no pay or awards, but there is compensation, when families get closure.

“If they can have resolution to that case, it’s of enormous satisfaction to me,” says Koppelman.

Satisfaction that his small operation is leading to some big results.