CAMARILLO, Calif. — Knowing how to properly handle all the equipment that's used to fight fires is a crucial part of a firefighter's job.

Joseph Cross looks like he's adept and ready to go to battle, but he is actually not a firefighter – yet. He is training to become one after fighting some personal demons and ending up in prison.

“It was a series of mistakes, decisions I made," Cross said. "I had some issues with alcoholism, and I ended up making some mistakes like drinking and driving, and a hit-and-run.”

While in prison, Cross was given the opportunity to become an inmate firefighter. He was also told that doing that work would take two years off of his four-year sentence.

“That was an incentive, but at the same time you're going to be able to give back to your community, fight fires, and it makes you feel good when you go out there and give back, so it made me feel good," he said.

But for thousands of inmate firefighters when it comes time for parole, although they have gained harder new skills and confidence, their qualifications are overshadowed by a sentence which they have already served. 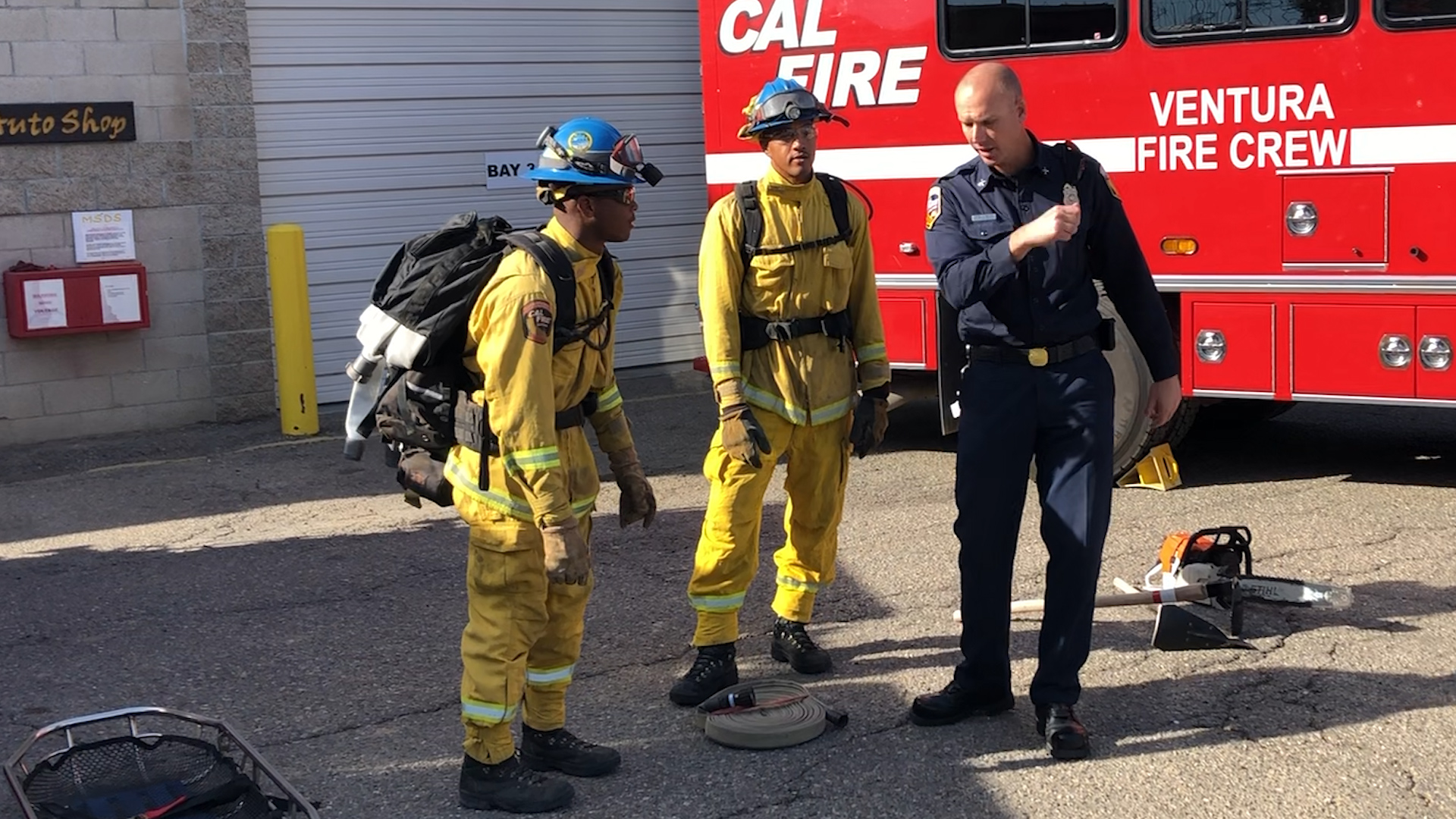 That's where an organization called the Anti-Recidivism Coalition, known as ARC, is changing things. ARC’s mission is to empower formerly and currently incarcerated people to thrive by providing a support network and services and opportunities to advocate for policy change.

Michelle Garcia, who was herself once incarcerated, is now the program coordinator for ARC.

"We would be inside and building our foundation for forgiving ourselves and healing," Garcia said. "We'd come out and have to start from ground zero to rebuild ourselves because we wouldn't be able to use these skills for employment.”

But that's all changing. In 2018, a number of state agencies joined forces with ARC to create the Ventura Training Center. A first of its kind reentry program that would officially train and hire formerly incarcerated people on parole to become legitimate firefighters after prison.

The program aims to reduce recidivism by providing parolees a career path upon completing their sentences in prison. 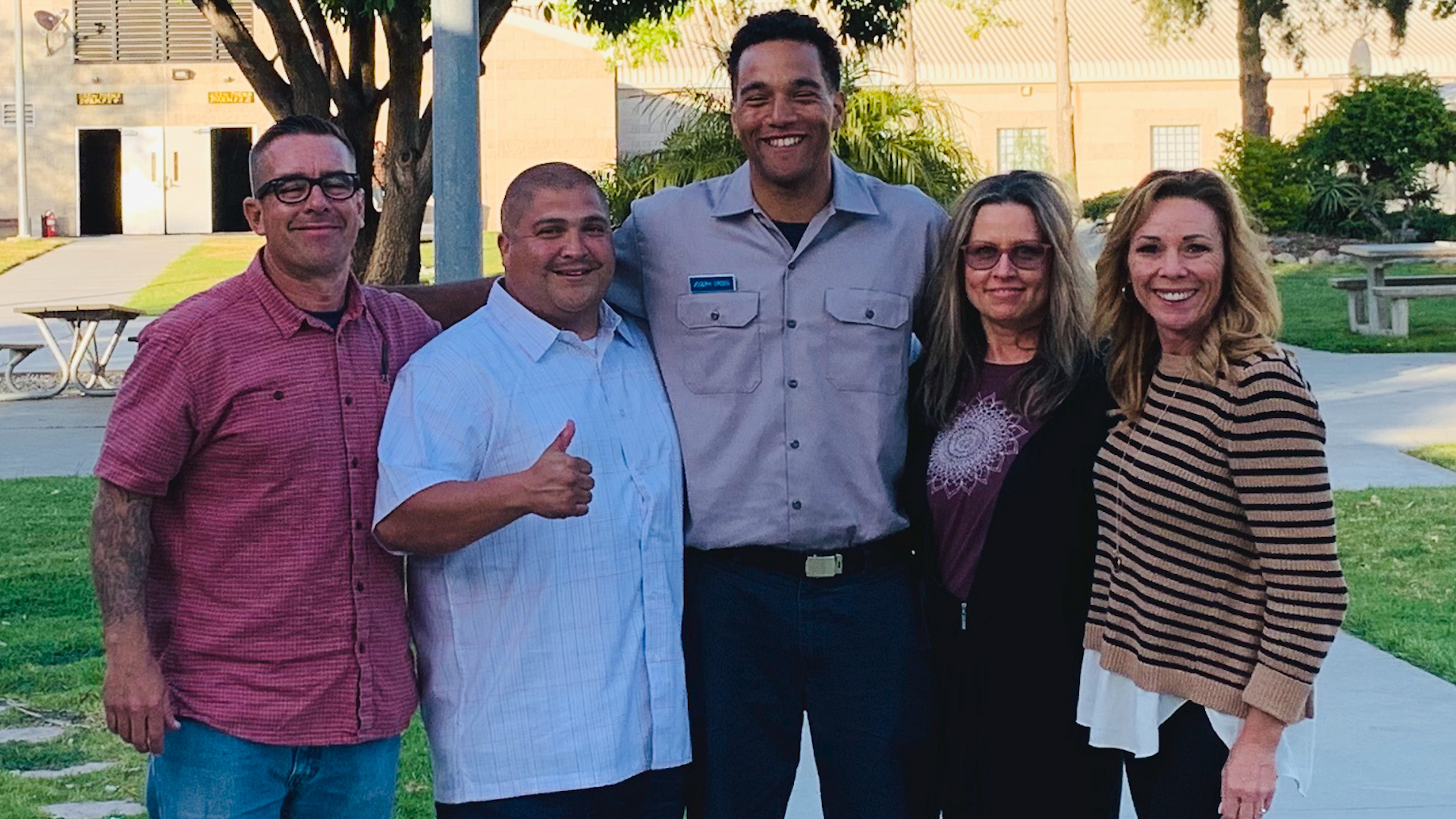 “Joseph is not only a high school graduate from Ventura Training Center, but he was our first participant to discharge parole from the California Department of Corrections," Garcia said proudly as she chatted with Cross on a bench on the VTC grounds in Camarillo.

ARC along with the Governor's Office, the California Department of Corrections and Rehabilitation, CAL Fire, and the California Conservation Corps established the Ventura Training Center. But this program is about more than just a job.

“So this program being able to offer these men hope that they could use these skills, but most importantly, they could carry on that healing and it would ripple on to their family," Garcia said."

Cross had a fiancée and two children, but when he went to prison, the engagement was called off and he was estranged from his family. Being in VTC has helped to reconnect them, and he's engaged to be married for the second time to his fiancée.

“I love and appreciate her, and she knows these things. But thank you for, you know, going through everything," Cross said as he choked up on the last few words.

After Cross completes the 18-month VTC program, he will have a future with CAL Fire.

“Just this whole journey, I believe, not only for myself, but for a lot of guys here. It's just really a amazing program and it's like the first of its kind, so I'm really grateful for this program and a lot of the things I've learned."

VTC has given Cross a second chance, as well as being a pathway back to his family.