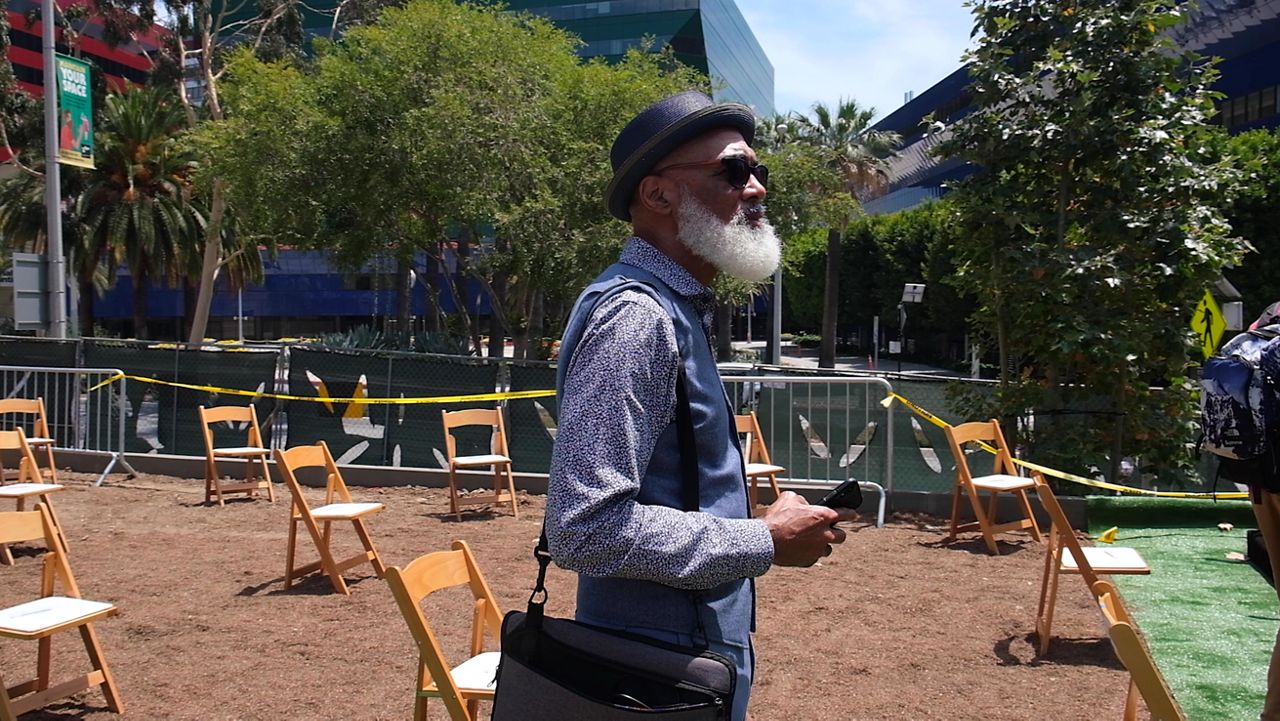 AIDS monument will be a central part of West Hollywood community

After more than a decade and much community effort, West Hollywood Park recently hosted the groundbreaking of Stories: the AIDS Monument, which coincides with Pride Month and the 40th anniversary of the first reported cases of AIDS in SoCal.

Activist and community leader Phill Wilson has been living with HIV since the early '80s, a time of fear and confusion when the epidemic was known as the gay plague.

"My doctor said at the time, 'Get your affairs in order. You have about six months if you're lucky,'" Wilson recalled. "I was 24. Now, last April, I celebrated my 65th birthday. Every part of my life, the story of HIV and AIDS has been in the background."

West Hollywood Park was chosen as the location for the monument because of its central location to the diversity of stories that comprise the HIV/AIDS experience locally and globally, and although it has taken this long for the project to come together, Wilson said it "could not be a more perfect time because as we commemorate the 40th anniversary of the first diagnosed cases right here in Southern California, it is so appropriate that we do the groundbreaking for the AIDS monument, which will be the place that will tell the story."

Phill recalled that the early days of the HIV/AIDS epidemic were both scary and frustrating. It was a public health crisis that was being ignored, labeled as a disease affecting only the gay community.

"So, we discovered because no one's paying attention that we have to pay attention, and we had to become everything," Wilson said. "We had to become the caregivers. We have to become the researchers. Science has changed the trajectory of the HIV pandemic. Science, care, prevention, policy has been driven by [the] community, and that's what this monument is about."

Although the groundbreaking attracted many high-profile allies such as Rep. Maxine Waters, George Takei and Jewel Thais-Williams, it is the community's strength that inspires activist leaders such as City of West Hollywood Councilmember John D'Amico.

"It's a truly amazing American, in some way, modern, 20th- and 21st-century story about epidemics, about healthcare, about disparities, about all of the things that we're still, 40 years later, facing across the globe," D'Amico said.

It was important for Stories: the AIDS Monument to be in a prominent, central location to counter the marginalization and otherness that has often been part of the HIV/AIDS experience, D'Amico said.

West Hollywood has been a central part of the HIV/AIDS community since the beginning, and Wilson said he came to the city from Chicago in the early '80s for the warm weather and found a home.

"It is a coming together of the whole community, and that's really is the essence of what the monument is about," Wilson said.

Stories: The AIDS Monument will commemorate the 36.7 million lives lost globally to the AIDS epidemic as well as the courage of the activists, caregivers and community leaders, including Phill Wilson and John D'Amico, when it is completed in late 2022.