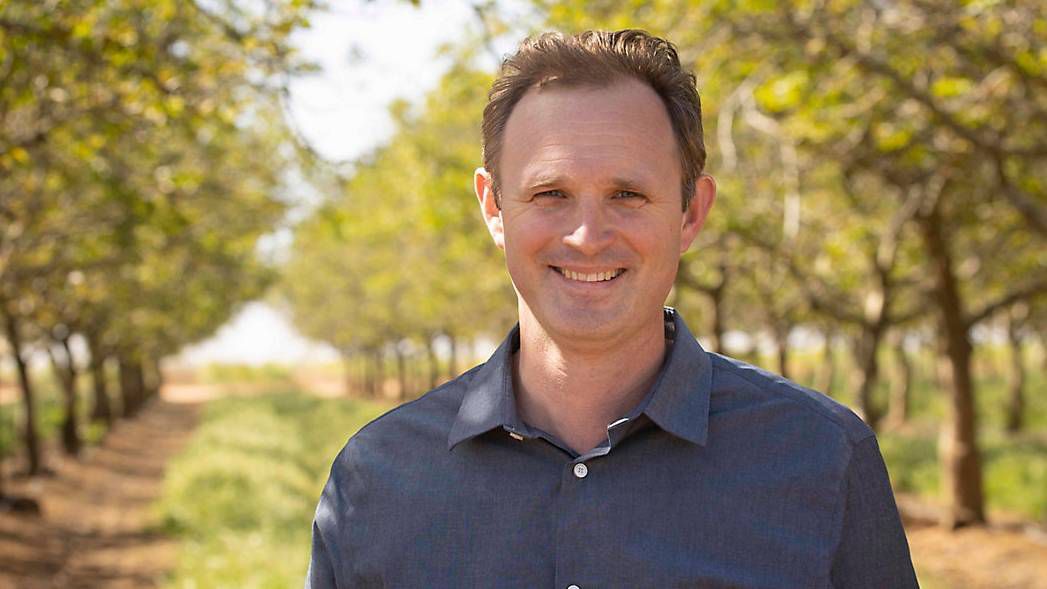 SACRAMENTO, Calif. — California Assemblyman James Gallagher, R-Yuba City, prides himself on representing the rural area of California his family has called home since the 1860s. A sixth-generation Californian, Gallagher grew up working on his family’s rice farm.

“Farming is a big part of our family legacy. We’ve always had our hands in the dirt and our hearts in the soil,” Gallagher said.

His family taught him more than just farming. His grandfather, a member of the Sutter County Board of Supervisors, showed Gallagher the importance of politics and fighting for your local community.

“He was somebody who really instilled in me the need to serve the public. And so I grew up with him just always kind of giving me good advice," Gallagher said. “He would always used to say ‘Hey, you have two ears and one mouth for a reason.'”

Another person Gallagher credits for his success in politics is his wife. The two have known each other since kindergarten and have five children.

“We grew up together. She knows me better than anybody — eventually she took a liking to me. We were high school sweethearts,” Gallagher said.

Gallagher considers his wife his number one political adviser, as she understands California’s political landscape.

Earlier this year, Gallagher was named the minority leader for the Republican Caucus in the State Assembly. Gallagher is aiming to use all the important lessons his family has taught him to shape future policy in California.

Growing up and continuing to work in the agricultural business, Gallagher is well aware of the problems farmers in California face daily. The most pressing issue is the lack of water to produce all the fruits and vegetables in the state.

The assemblyman is pushing for a solution to the implementation of the Sites Reservoir, which has been around since the Eisenhower administration. The project, which is under Gov. Gavin Newsom’s purview, still requires permitting through the Department of Fish and Wildlife and through the Water Resources Control Board.

In 2014, Californians voted yes on a major water bond to invest in infrastructure and water quality improvements. And nearly eight years later, none of the planned projects have been started.

“Now the governor has said he wants to streamline that and I hope he does, but it’s a long pastime that we should have built a project like Sites. And there are many others throughout the state that we can build, but not one has been built yet. Our water is a resource that we need to steward and we need to utilize for the maximum benefit of our society,” Gallagher said.

Gallagher said not only is California lacking the resources to secure more water, the state is also failing to utilize the water it does have to provide safe drinking water for many Californians.

Nearly a million Californians don’t have access to safe drinking water, according to an audit of the State Water resources Control Board.

Where is the investment in critical water infrastructure so that we could provide for the maximum benefit of all the needs here in California?” Gallagher said.

Sue Cejner-Moyers, one of Gallagher’s constituents, says what she appreciates most about the assemblyman is his approachability.

“We live on a well. We have no idea what the water level is going to be and if you just call James and tell him your concerns, he gets right on it," Cejner-Moyers said. "His staff is very good about answering things.”

Gallagher blames the lack of action on Democrats for not making the proper investments in water infrastructure.

“Republicans are proposing solutions. We’re saying, 'Hey, let’s build the water storage. Let’s build the vital canals and infrastructure that can help us move water for all the needs. Let’s invest in our disadvantaged communities and ensure that we’re bringing safe, clean drinking water to those communities,'" Gallagher said.

Gallagher is hopeful that future investments in water infrastructure are coming, as a strong bipartisan coalition formed in the assembly focused on this issue. But like any infrastructure reform, it requires going beyond just talking about solutions.

“Execution has really been the problem," he said. "We have gotten bipartisan coalition in the legislature around these ideas and to further invest in our water resource and our infrastructure, but we need to follow through. And that’s where I think there’s been a lack of leadership on the part of the governor and Democrats."

Gallagher has been an open critic of what he considers an abuse of executive orders by Newsom, an issue he says was highlighted during the pandemic.

“The greatest threat to democracy right now in the United States is the growth of executive power and executive orders," he said. "The governor, quite frankly, has done things by executive order that were properly something that should have been the legislature. He’s basically making law on his own.”

“That’s the democratic process, that’s the beauty sometimes it takes longer than we like you know. Sometimes it’s messy, you know? But everybody’s involved and that’s what makes the law that governs us all. Instead what we’ve had under these executive orders is one person, just literally one person making the decision for all of us."

The executive orders that came from the pandemic sparked Gallagher’s attention to the matter.

Gallagher is frustrated with California still being under a COVID-19 emergency, something he believes should have been ended months ago. He is now calling for major changes in the executive order process.

“I think one reform that could be helpful too is that any executive order should go under immediate judicial review,” Gallagher said.

Gallagher said his drive for wanting to reform executive orders comes from him thinking about his constituents. He knows many people in his district are going to be affected by the orders, so he wants to do everything he can for their best interest.

“I want to ensure that there’s a true democratic process, where my constituents and my area has input into the process. We may ultimately not win on the policy, but at least we have an opportunity to be heard,” Gallagher said.

Gov. Newsom vetoed a bill this week that would have reformed the governor’s state of emergency powers. In his veto message, Newsom wrote, "This could delay or derail state emergency response and recovery efforts, negatively impacting the most vulnerable California residents and potentially costing lives.”

To help victims of wildfires, Gallagher authored AB 1249, which exempts wildfire victims from paying income tax on the settlements they receive from the PG&E Fire Victims Trust. The bill was signed into law by the governor on Thursday.

Gallagher supports improving forest management in California. He believes this will help fight climate change and prevent the devastating wildfires that have become far too common in the state.

“We’re going in the wrong direction but when it comes to climate there’s things we can do that are much better that actually address the situation in a much better and more cost effective way,” Gallagher said.

Gallagher disagrees with the governor, issuing an executive order to ban the selling of gas-powered cars in California by 2035.

“That wasn’t passed by a legislature. The legislature actually considered some bills similar to that and they failed in committee. But now, by executive order, this is moving forward,” Gallagher said.

As the Assembly Minority Leader, Gallagher has put an emphasis on taking a more assertive approach to passing legislation. He really encourages members of his party to get out into their communities and explain their agendas.

“We went out there and talked about homelessness, said, 'Hey, here’s our real solutions for homelessness," Gallagher said.

Gallagher says the policies California Republicans pushed were focused on accountability and tackling the underlying issues of homelessness such as mental health and drug addiction.

“Let’s not build really expensive housing, $763,000 a unit in LA County. That people aren’t even moving into and the encampments only continue to grow,” Gallagher said.

While the Republican-sponsored bill focused on homelessness didn’t pass, Gallagher believes the ideas they pushed gained traction and influenced the CARE Court legislation that was signed into law.

“There’s still a lot more that needs to be done on that front…fundamental homeless policy needs to be more focused on how do we get people off of the streets, into shelter space where they are getting services for the underlying conditions of homelessness," Gallagher said.

While there are many other important issues for Gallagher and the entire state government to address. Gallagher’s focus is on ensuring his children have the same opportunities to thrive in California as his predecessors.

“…It’s what really keeps me up at night, keeps me motivated, and has my grandfather’s voice in my ear like: you’ve got to keep pressing forward and doing what’s right for the community.” Gallagher said.

Gallagher is up for reelection this year, he is running against Democrat candidate David Zink. Zink received about 28% of the votes in the primary, while Gallagher got 71%.

David Zink is the democrat running against the incumbent. He describes himself as pro-choice, and he believes in having a single-payer health care system, and he supports some gun regulations and background checks.

He is someone who has a firsthand experienced the devastation northern counties have gone through the last five years because of the wildfires in the area.