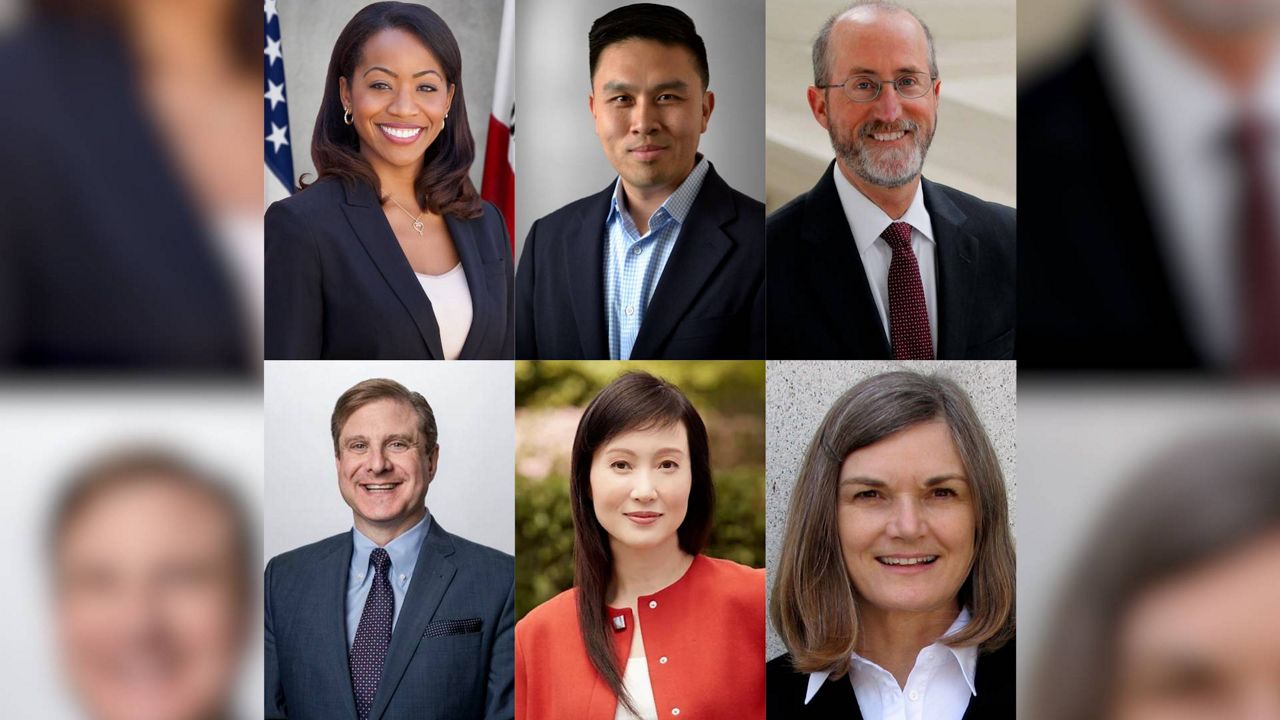 One race getting a lot of buzz is the state controller’s race. Four Democrats, one Republican and one member of the Green Party are vying to become California’s next chief financial officer.

Incumbent Betty Yee is termed out, but has given her blessing to Malia Cohen, chair of California State Board of Equalization.

“I think what distinguishes me in this race is that not only do I understand the numbers and the budget for the state of California, and how the budget trickles down into the local counties and cities’ budget, but also being a policymaker,” Cohen said.

Prior to being on the board of equalization, Cohen was on the San Francisco Board of Supervisors, where she chaired the Budget and Finance Committee.

As controller, the San Francisco native says she would prioritize keeping equity at the forefront of her job.

“Making sure that we’re equitably distributing all of our state resources, making sure that lawyers and lobbyists aren’t influencing the policy agenda and that everyday working people still have a seat at the table,” Cohen noted.

Some of the controller’s duties include sitting on 78 boards and commissions, writing checks and conducting independent audits of the different state agencies — a job Republican candidate Lanhee Chen feels he’s the most qualified for.

“The independence is really important. You have to have somebody that’s going to stick up for taxpayers and not for everybody else in government,” Chen explained. “And I think the challenge, when you keep electing the same kind of people, is that they end up taking care of each other.”

After receiving four degrees from Harvard, including a PhD in Political Science, the Southern California native moved back to the Golden State to teach at Stanford University and work on public policy. The father of two has also worked for the Bush and Obama administrations.

“My experience is in building relationships across party lines, understanding how to work with other people who may not agree with me on issues, but fundamentally sticking to my core principles: transparency, accountability and fiscal responsibility,” Chen said.

“Let’s tell people exactly where the money is going. Let’s detail the programs where we are spending money and how that money is being spent, and let’s go one step further. Let’s asses how successful those programs are,” he said. “I’d like to give these programs a letter grade like our kids get letter grades in school.”

The other frontrunner is State Senator Steve Glazer, a Democrat who prides himself on being independent and standing up to interest groups.

If elected, Glazer wants to challenge the implementation of government programs that haven’t worked to improve some of the state’s most critical issues, such as homelessness.

“We’re spending about $12 billion on homelessness this year. Does anybody think that we’re solving that problem? If not, why not? The controller is in a key place to dig down more deeply with independence, not with any obligation to the state administration or any interest group,” Glazer emphasized.

The 7-year senator and former mayor also worked in the private sector for 25 years running his own business.

“I have a track record of being independent and being transparent and being fiscally responsible that I think will serve me well in this job,” he added.

The other candidates in the race are Ron Galperin, who’s been the Los Angeles City Controller since 2013, Yvonne Yiu, Mayor of Monterey Park and Laura Wells, a financial analyst from Oakland.