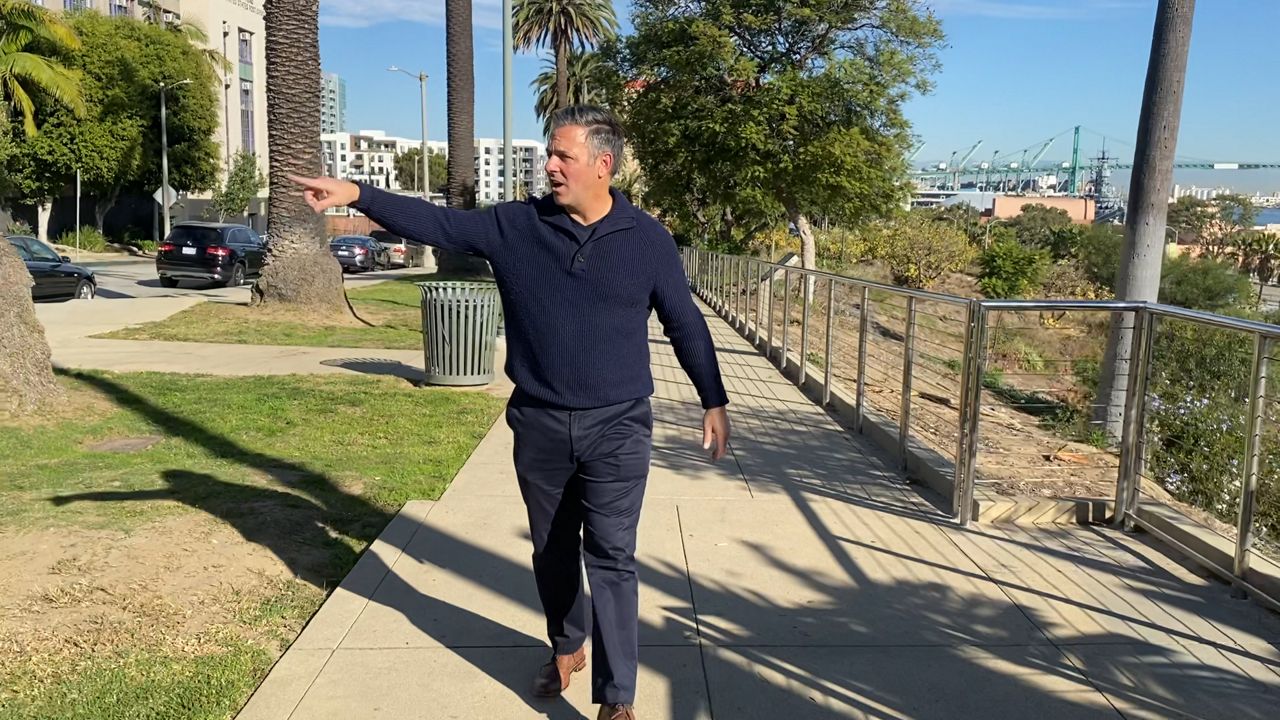 LOS ANGELES — The Los Angeles City Council will consider a ballot measure Tuesday to change the way the city addresses the homeless crisis. The proposal from Councilman Joe Buscaino calls for a “FEMA-like” response to homelessness directed by the Office of Emergency Management followed by a ban on street camping in the city.

If the idea is not approved by Buscaino’s colleagues on the council, the mayoral candidate plans to petition voters directly with the goal of getting a version on the ballot in June or November 2022. The proposal would require the city to prioritize temporary shelter production over permanent supportive housing.

Among Los Angeles’ estimated 41,290 homeless people, some like Al Daniel move between temporary shelter and the street. It’s hard to imagine having fond memories of living in your car, but to Daniel, those were the good days.

“I cherish those times because it’s much harder now,” Daniel said as he checked on his tent at an encampment in Harbor City.

Daniel’s slide into homelessness started with his time in the foster care system, then jobs that never paid enough to keep a roof over his head. Eventually, he was living in a car with his three children and their mother when he was pulled over by an officer with the Los Angeles Police Department. Daniel said two of his children were not wearing seatbelts.

“They charged me with child endangerment,” Daniel said. “At the time, the cop was being really unsympathetic about my situation. He was like ‘do you not love your kids?’ I was like, ‘man, I’m doing the best that I can right now. I just lost my job. I’m trying to keep this car rolling.’”

Daniel is only living at the encampment part time. He also has space in a tiny home across from Harbor City College in a temporary community run by the Salvation Army.

Tiny homes are a key part of Councilman Joe Buscaino’s proposed ballot measure to accelerate LA’s response to the homeless crisis by focusing on temporary shelter, rather than permanent supportive housing.

“We can no longer wait to allow people to destroy themselves on our streets and die on our streets by having them wait for an apartment unit,” Buscaino said.

The LA region’s current shelter capacity is around 24,616 beds according to a July report from the Los Angeles Homeless Services Authority. The shortage of affordable housing shelters means many homeless linger in temporary shelters, while others wait on the street, according to the report.

Buscaino’s communications director Branimir Kvartuc said with an additional 7,000 temporary units, they believe the city can ban camping anywhere in public and tell those who refuse to shelter “they’re unwelcome in the city.”

“They have to make a choice: move in, go into a drug rehab center or mental health center with services or face a consequence and that is yes, a citation or an arrest,” Buscaino, a former LAPD officer, said. “Without that, we will continue to see people refuse to go in.”

In 2018, the U.S. Court of Appeals for the Ninth Circuit ruled cities cannot punish the homeless for sleeping outside if they do not have a shelter bed available. With more than 42,000 unhoused people in the city, Shayla Myers with the Legal Aid Foundation said Los Angeles is a long way from meeting the legal requirements to criminalize camping.

“The reality is, any conversation that starts and stops with law enforcement is not moving the city toward a place where we’re going to solve the homelessness crisis,” Myers said.

Back in Buscaino’s district, Daniel said the irony is that an arrest put him on the street in the first place.

“I felt like they threw the book at me and I didn’t deserve that child endangerment [charge] because I love my kids,” Daniel said through tears. “Once I get the things that I need and do what I need to do I’m very sure I’ll see them again.”

He knows the tiny shelter is yet another temporary home on the long journey to stability.