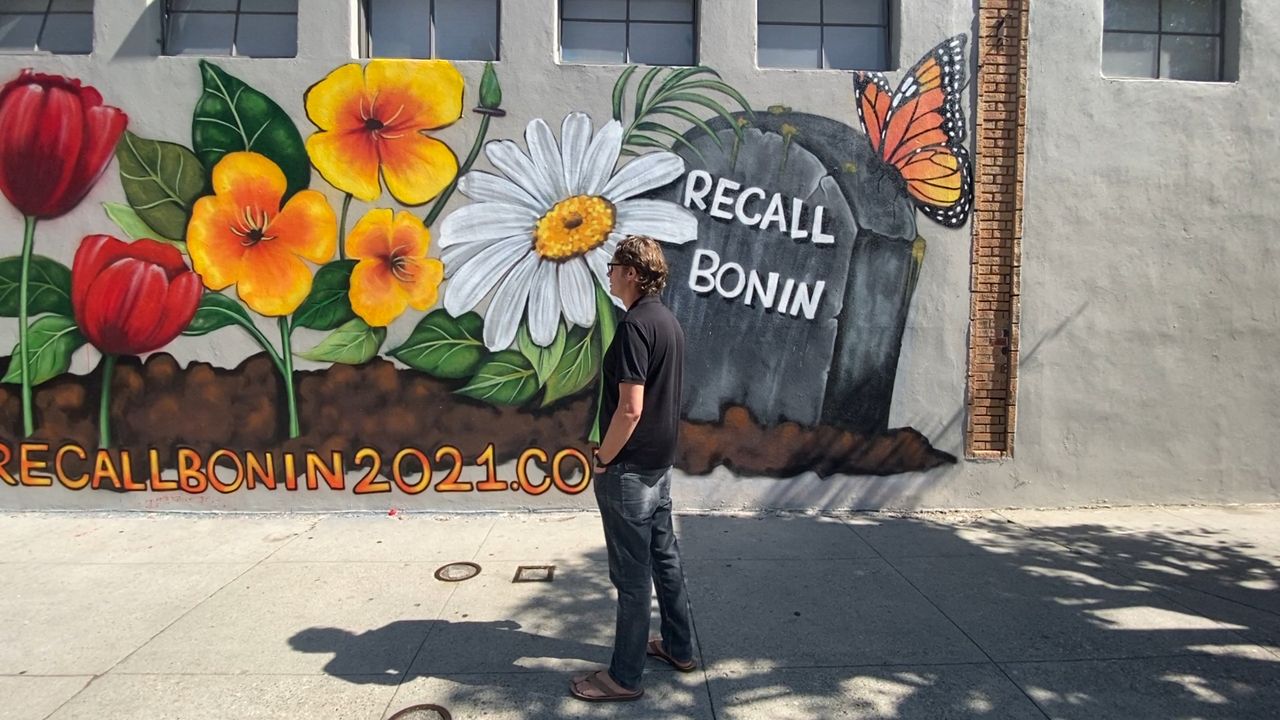 “There’s no one else to root for, you know, they’re saying they don’t want Mike in office but there’s no alternative,” volunteer Anne Freiermuth said as she set up a table outside Ralph’s in Marina Del Rey. “It’s ridiculous.”

Freiermuth, a volunteer with progressive, grassroots nonprofit Ground Game, spent her Saturday talking to shoppers heading into the grocery store, in an effort to convince registered voters to sign a pledge they would not sign the recall petition.

Famously free spirited and funky, Venice and surrounding neighborhoods are home to an open revolt as a team of political novices seek to oust Bonin less than a year before his term ends by triggering a special election. In September, recall proponents announced they had collected over half the roughly 27,000 signatures they need to put the recall before voters.

The signatures are due Nov. 10, and if successful, would likely trigger a special election in April or May 2022, according to the city clerk’s office. The councilmember’s current term ends in December 2022 and the recall will not affect his run for re-election.

“For me, the biggest issue was safety in our community and safety for children,” said organizer Nico Ruderman. “There’s a lot of encampments and dangerous situations around schools.”

The recall would trigger not one — but potentially two — special elections just months before the June primary, where Bonin will be on the ballot.

Political scientist Raphael Sonenshein, who helped draft LA’s recall rules in the City Charter, said the election chaos wouldn’t end there. Unlike a gubernatorial recall, if an LA official gets recalled but no replacement candidate gets a majority on the second question, it triggers a runoff to fill the seat.

The cost of two special elections in Council District 11 would be about $3.4 million, according to the clerk’s office.

“There’s nothing more frightening than a recall election because they’re so wildly unpredictable,” said Sonenshein, who believes hyperlocal recalls are likely to continue to proliferate, even after attempts to recall Los Angeles County District Attorney George Gascón and Councilmember Nithya Raman fizzled earlier this year.

“I’m expecting there’s going to be an acceleration of recall campaigns for city councilmembers, mayors and also school board members all throughout California,” Sonenshein said, blaming heated debates over homelessness and vaccination mandates.

Bonin, who recently welcomed his district’s first monthly access center for the homeless, said he’s been fighting a battle on two fronts.

Bonin’s “Stop the Recall” campaign seeks to use Governor Gavin Newsom’s playbook, framing the recall as a “right wing” attempt to engineer a special election with smaller turnout for candidates who otherwise couldn’t win a general contest. His campaign ads connect various Republican operatives with the recall attempt.

“What we’re seeing on this one is people behind a recall who have an agenda who are taking advantage of a genuine public crisis … and using it to advance something else,” Bonin said.

But those claims are rejected by Ruderman, a lifelong Democrat and union member, who has been hand-checking the signatures to verify each is from a registered voter in the district. He said 61% of registered voters signing on to the recall are Democrats.

“He has nothing to stand on so he’s turned around and made this campaign, sadly, very ugly and dangerous,” Ruderman said.

All the signatures will be submitted at once in November.

Outside the Ralph's, Freiermuth talked to several voters who expressed recall fatigue.

“It just strikes me as undemocratic and it just feels like sour grapes,” she said.

Today the community is focused on the recall. Whether Bonin gets re-elected in June, is a fight for another day.