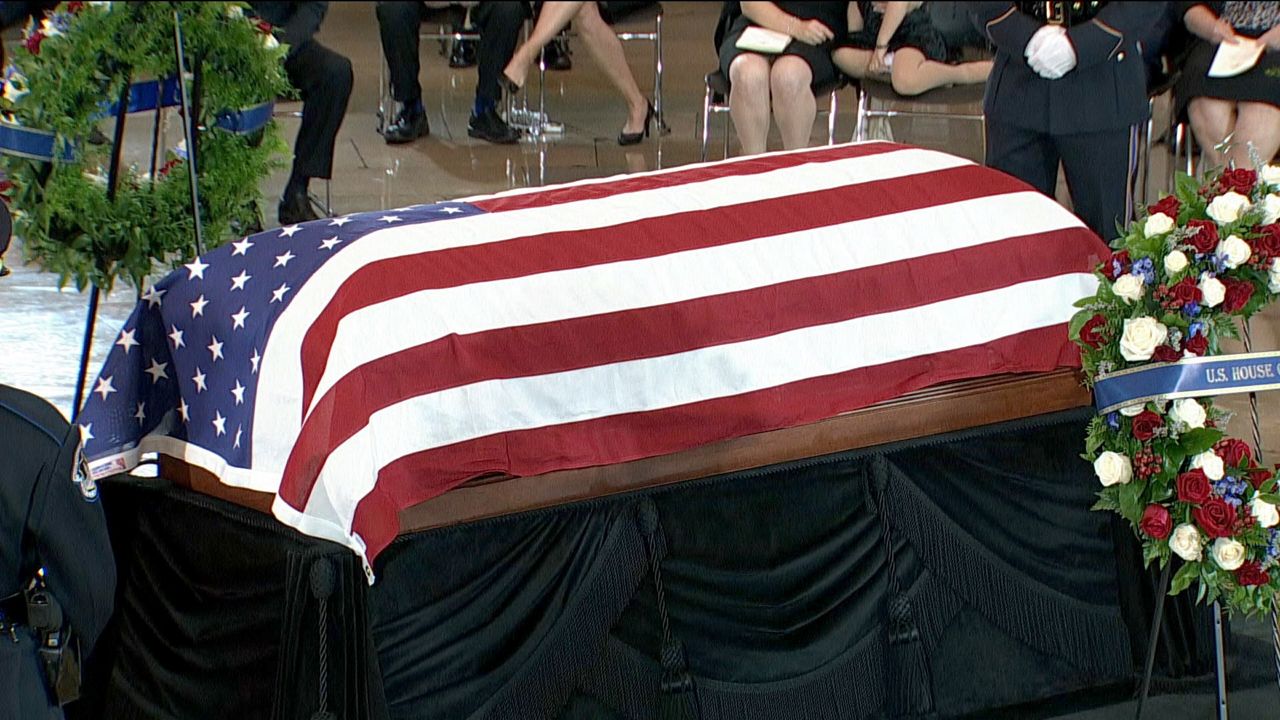 Security talks on Capitol Hill ramp up as Congress returns

Evans laid in honor in the U.S. Capitol Rotunda. He is the second Capitol Police officer to receive the honor this year after another died due to the Capitol insurrection on Jan. 6. Evans, an 18-year veteran of the force, was killed April 2 in an apparent attack on the Capitol when a driver rammed a car into him and another officer. The other officer survived.

The driver then hit the steel barricade that is raised and lowered for every authorized visitor. Officials said that blockage and the officers are what stopped the 25-year-old suspect, Noah Green, from getting any farther. The incident happened about 100 yards from the building. One District of Columbia visitor, Craig Zinzilieta, said security kept Green from getting to the building, but that it’s tragic an officer died.

“That’s a little bit scary,” Zinzilieta said. “As far as just walking around today and seeing all the security that he was able to get to where he got to.”

Zinzilieta visited Washington with his daughter and said the ambiance has completely changed since he last visited years ago.

“Sad that something like that would happen in our country,” Zinzilieta said.

Republicans said the nation’s Capitol should feel more welcoming. They point out that 7-feet high fences were up at the attack site yet failed to keep officers safe and therefore should come down to promote public access. But others have pointed out that Green wouldn’t have been able to get as close as he did had the previous outer perimeter that came up after the Capitol insurrection stayed in place.

This week, a House committee will hold a hearing on the oversight of U.S. Capitol Police and preparation for the response to the attack of Jan. 6. The April 2 attack is sure to play a role as well. Some Democrats are pushing to up security resources.

“We need to invest in our security forces,” said Rep. Norma Torres, who represents Calidoenia's 35th District, including Ontario and Pomona. “And that is the U.S. Capitol Police. They need training; they need better equipment. For me, that is a priority, No. 1.”

Other Republican lawmakers, including Sen. Roy Blunt, R-MO, have voiced increasing impatience and scrutiny about the expanded security.

No matter the outcome, Zinzilieta said he hopes politics are set aside to find real solutions, not just for the country, but for the officers, like Evans, who have had to pay the ultimate sacrifice.

For now, National Guard troops remain in Washington through May 23. But Republicans pose the question as to what “credible evidence” there is in keeping troops here and away from their states. Meanwhile, Speaker Nancy Pelosi is calling for an independent commission to investigate the Jan. 6 attack, which Republicans have pushed back on.

As for the April 2 breach, investigators are honed in on the attacker’s mental health as they try to find a motive. Reports show the suspect suffered from delusions and paranoia.