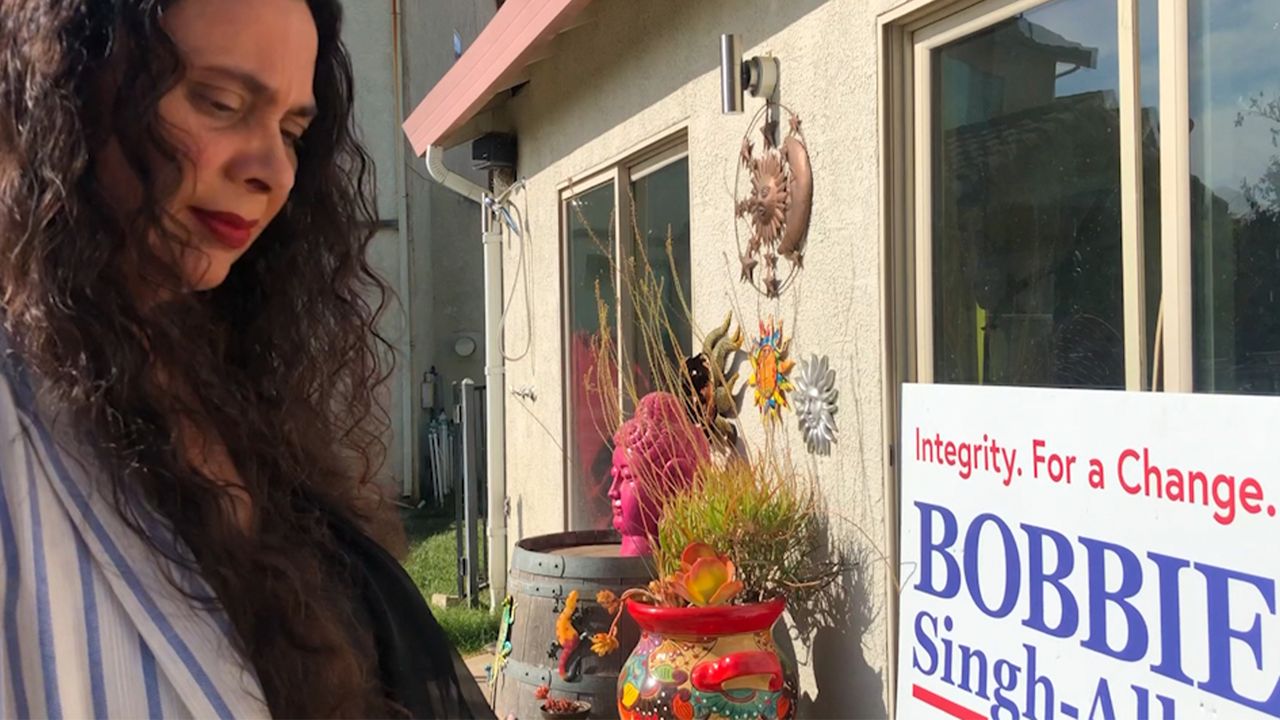 ELK GROVE, Calif. — Bobbie Singh-Allen will be the first directly-elected Sikh woman to become mayor in the nation.

The mayor-elect will be leading Elk Grove, a city within Sacramento County that Singh-Allen has lived in for the past three decades.

“It’s a tremendous honor. You know the Sikh-American community has been in California for over 100 years and the fact it’s taken so long to achieve this milestone, it’s not only a moment of pride but also a wake-up call that we need to be a lot more engaged in the political process,” Singh-Allen said.

Singh-Allen’s family emigrated from India when she was 4-years-old, and for a long time, she says she never imagined running for public office.

But now she says she’s proud to be making history and representing her community.

“I’ll never forget the tears and the excitement my parents had that night and to this day. The joy in their eyes and just to be able to say I hope I made you proud,” Singh-Allen recalled.

Singh-Allen’s a devoted mother and has spent the past eight years working for the Elk Grove School District.

“My son was bullied in school and I felt like the school district failed him and failed the bully and failed me as a parent,” Singh-Allen added.

She says standing up against bullying is one of the main reasons she decided to run for mayor.

“We had two private citizens that spoke out about their bullying and intimidation with our current mayor and it made me pause and reflect on my own experiences with him,” Singh-Allen explained.

Even though she jumped into the race late and was massively out-funded by her opponent, Singh-Allen still managed to raise more than $300,000 for her campaign.

In her first 100 days as Mayor of Elk Grove, she plans to focus on rebooting the economy.

“Our working families and our businesses are truly suffering right now. We’re in the middle of a global pandemic, so economic recovery is at the top of my priority list,” Singh-Allen said.

And now that she’s the first Sikh woman elected by the people, she wants to inspire more women to run for office.

“We deserve to be heard, we deserve to have a seat at the table and not to let anyone bully or intimidate you, regardless of a fancy title they might hold,” Singh-Allen exclaimed.

More than anything, Singh-Allen says she’s excited to be the Mayor-elect of Elk Grove and hopes her leadership can help unite her community.

“We deserve a seat at the table otherwise we’ll be on the menu.” - @SinghAllen

Bobbie Singh-Allen is the Elk Grove mayor-elect, making her the first directly elected Sikh woman to become mayor in the country. pic.twitter.com/dIaT6pgNA5