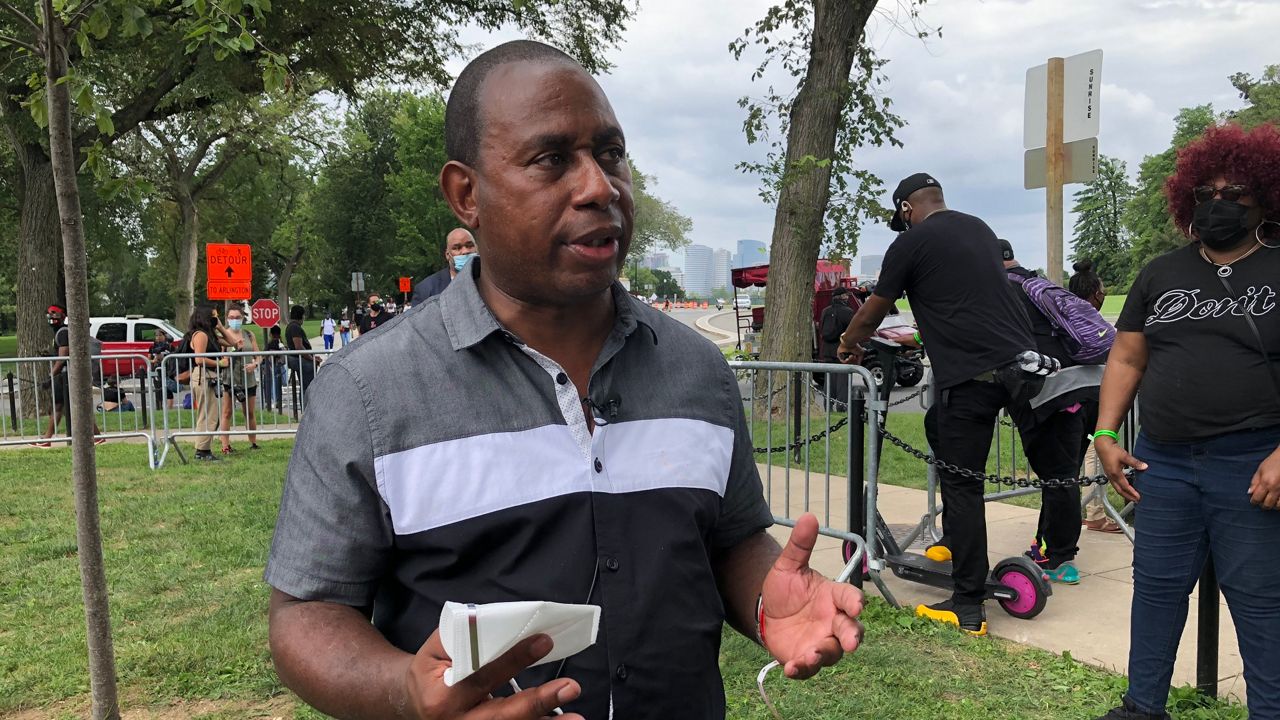 Pastor Welton Pleasant of the Christ Second Baptist Church in Long Beach has fought for social justice for three decades and has taken part in countless Black Lives Matter rallies from California to D.C.

How the BLM Movement Can Affect the General Election

WASHINGTON, D.C. — The death of George Floyd marked the height of the Black Lives Matter movement this year. Activists said they want to keep that momentum going in hopes of making a difference in Congress and police reform.

Pastor Welton Pleasant of the Christ Second Baptist Church in Long Beach has fought for social justice for three decades and has taken part in countless Black Lives Matter rallies from California to D.C.

“America has to face itself in the mirror and acknowledge the fact that something is happening to African Americans as it relates to law enforcement,” Pleasant said.

Pleasant was joined by other BLM supporters from Southern California for last week's March on Washington, like Gary Hardie, who leads the California Association of Black Educators in Lynwood. Together, they said this movement could make a substantial impact on the upcoming election.

“The soul of America is really on the ballot. We have to decide which America we want to be,” Hardie said.

This year, the two presidential candidates are focused on two different aspects of the BLM movement.

President Trump has said he is "about law and order,” while Biden has spoken about more police accountability, saying, “Black lives have been devalued by society.”

Taking a look back at how the issue of civil rights impacted the 2016 election, research led by several universities this year, including Northeastern University and George Mason University, showed people who expressed concern about biased policing were more likely to vote for Democratic nominee Hillary Clinton, while people who expressed support for police were more connected to Donald Trump.

Combined with national polls from this summer, which said about 61 percent of voters held favorable opinions of BLM, the data suggests Biden would have a political advantage amid protests from voters of all races who support the movement.

“Now is the time to galvanize ourselves around this moment of kinetic energy that is demanding for change across our country,” Hardie said.

But a new poll this week by Politico and Morning Consult shows the favorable view of BLM dipped 9 points to 52 percent since June. Post-convention polls also show Biden’s lead over President Trump narrowed, suggesting the lack of BLM support and momentum can affect Biden’s favorability, among other factors.

Pleasant said November's outcome is hard to predict, but said he's proud the movement is still ongoing. Pleasant said, more directed towards the Black community, to never take the right of voting for granted.