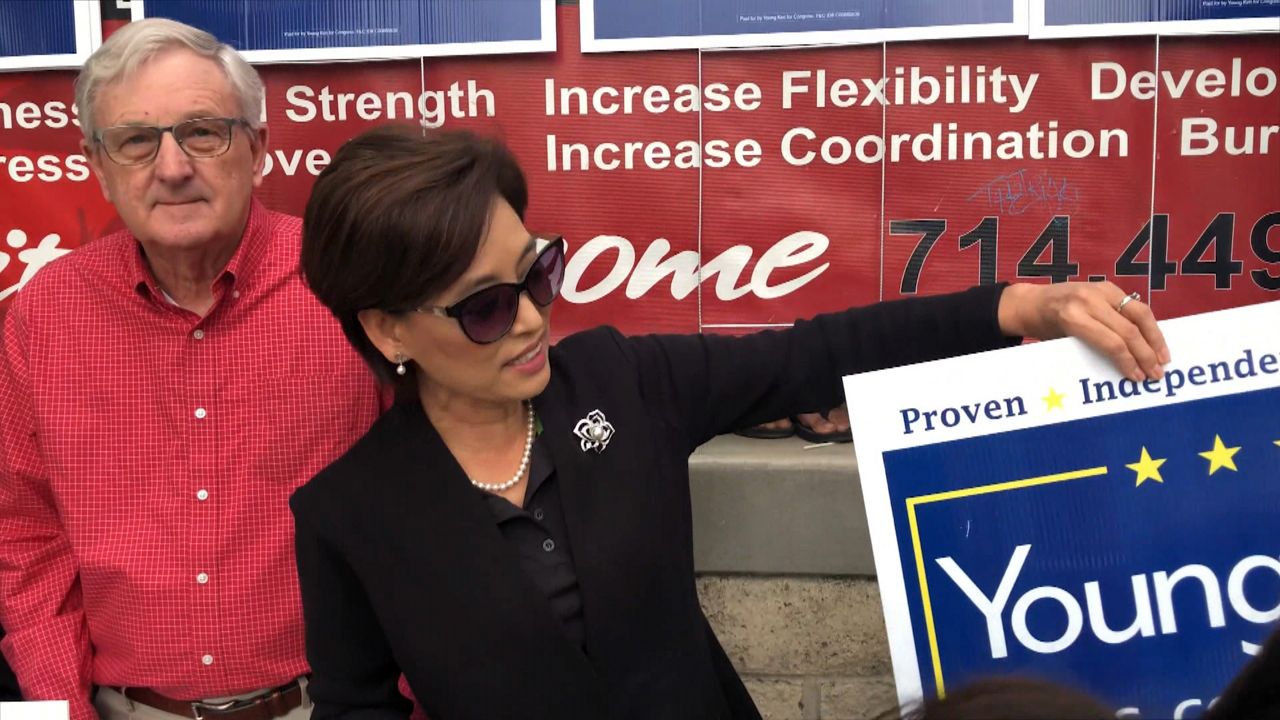 BREA, Calif. — Republican Young Kim was narrowly defeated by Gil Cisneros in 2018 as part of the “Blue Wave” in Orange County that saw four seats flipped from Republican to Democrat.

“I am living the American Dream, you too can do that. But this message has resonated with the people that didn’t vote for me last time,” said Kim.

Kim could be the first Korean-American woman elected to Congress.

After immigrating to the U.S. to attend USC in 1981, she became a successful business owner, starting a family, before starting her career in politics as a community liaison to Ed Royce and then the first Korean-American Republican woman elected to the California legislature.

“It is also a sign that a hyphenated immigrant, naturalized citizen can really change the shape and the narrative of what America stands for,” said Kim.

Immigrants make up nearly a third of the population in her district, which is also about a third Asian and Hispanic.

In 2018, 41 percent of Asian-American voters in OC ages 25-40 were registered as No Party Preference. That demographic currently comprises 40 percent of the county.

Supporter Cathy Kim is a Democrat canvassing for Young Kim in Fullerton.

“Being able to achieve her American Dream I think allows for other immigrants to see that and be inspired and know that that can be a possibility for them too,” said Cathy.

Young Kim hopes that her immigrant experience resonates with others regardless of party.