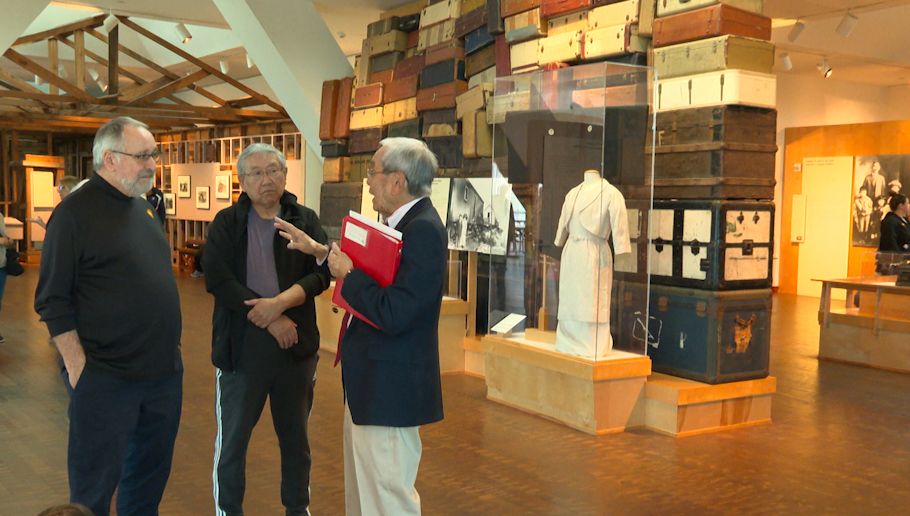 LOS ANGELES — History can’t be changed, and at the Japanese American National Museum in Little Tokyo it can’t be forgotten either.

Mas Yamashita volunteers at the museum, sharing his story of internment at the Topaz camp in Utah with visitors.

The resolution passed by the California State Legislature on Thursday apologizing to internment victims for the state’s role in aiding the U.S. government’s policies of anti-Japanese discrimination was not enough to ease the pain he endured.

“Nothing is going to make us feel right,” said Yamashita.

In Buena Park, Poston, Arizona internment victim Bob Wada, shared a similar sentiment. While he appreciates the apology, he says the mostly third, fourth and fifth generation Japanese Americans who will hear it weren’t the ones who were actually affected by the imprisonment.

“The people who suffered and lost their homes and their businesses and farms and really suffered the most were our first generation who we call the ‘Issei.’ They’re becoming a forgotten generation,” said Wada.

State Assemblyman Al Muratsuchi from Torrance proposed the bill to mark February 19 — the anniversary of Franklin D. Roosevelt signing Executive Order 9066 — as a day of remembrance for internment victims.

With 430,000 people of Japanese descent, California has the largest population in the country.

Two of the 10 internment camps — that held approximately 120,000 Japanese-Americans — were located in California. All of Yamashita’s first memories are of being a victim of internment.

“I experienced my first Christmas in camp. Literally my childhood began in the camp,” Yamashita says.

But 78 years after being imprisoned, he continues to volunteer and share his story.

“What I feel about what is important here is we try to remind people we don’t want any group of people to go through this,” Yamashita says.

Hoping that while he can’t change the past, he can help shape the future.