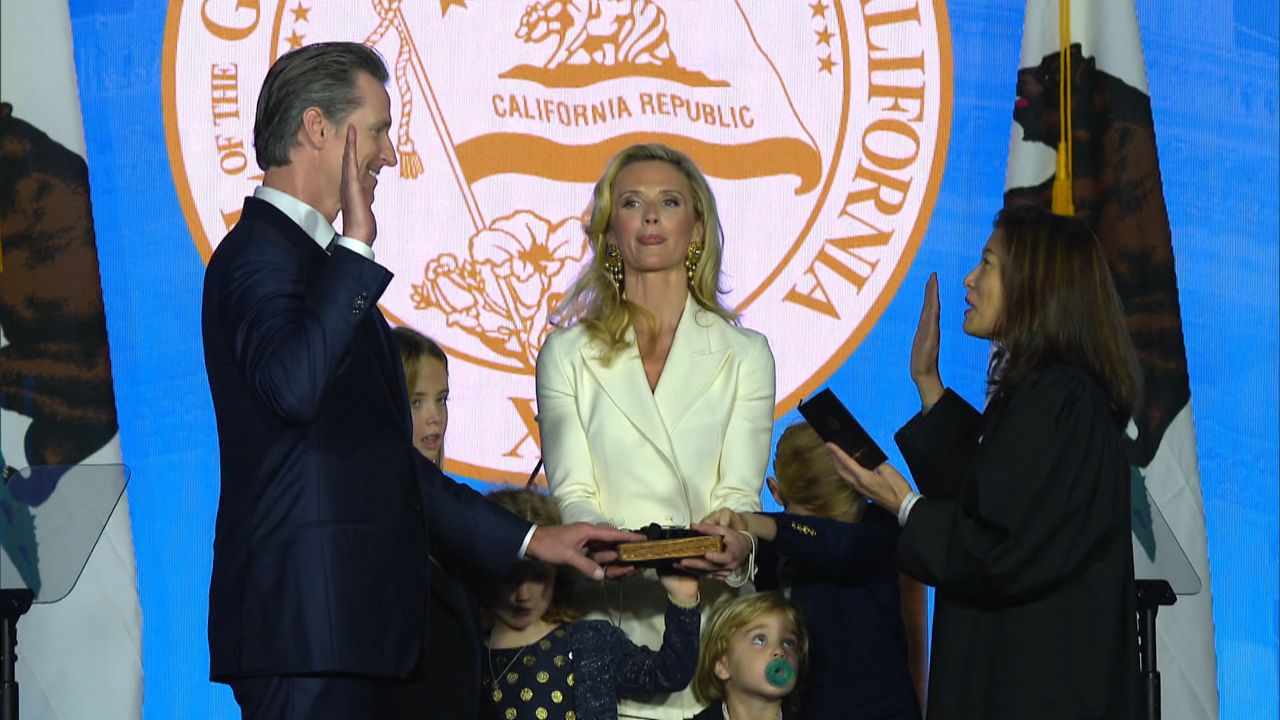 How Will Gavin Newsom Pay for The Ideas in His Inaugural Address?

One of the lasting hallmarks of Gavin Newsom’s inaugural address will be its inclusiveness. From the Compton choir that sang, to Jennifer Siebel Newsom’s introduction as First Partner and her reading of a poem in Spanish and a traditional Mexican mariachi performance, these optics comported with the “One house for one California” credo of the new Governor’s speech.

But of course, he’s promised to build more than one house – 3.5 million by 2025, according to some reports – and this gets to the expansive and expensive ideas with which Newsom moves to Sacramento.

These initiatives include a reported $2 billion plan for early child care, and a mandate for health care for all.

“In our home, every person should have access to quality, affordable health care,” Newsom said in his address. “Faraway judges and politicians may turn back our progress, but we will never waver in our pursuit of guaranteed health care for all Californians.”

Of course, health care for all won’t come easy, and it won’t come cheap: according to estimates by outgoing Governor Jerry Brown’s financial analysts, a single-payer system would cost California $400 billion. Newsom moves into the Governor’s mansion with an historic budget surplus and a Democratic super-majority in the state legislature, but also with warnings of an economic recession from outgoing Governor Brown and many leading economic indicators.

How will the state legislature respond to Newsom’s forthcoming budget proposals?

“Yes it will definitely have a large price tag,” said State Senator and Budget Committee Chair, Holly Mitchell. “Anything having to do with supporting people… is going to be costly.”

But expenses aside, the Senator expressed support for the sentiment behind the Governor’s apparent agenda.

“Those (support programs were) the first programs we cut way back that difficult decade ago when we cut things financially,” said Senator Mitchell. “We do have an opportunity to reinvest and rebuild in California residents.”

The Governor and the Senator both acknowledge the likelihood of a recession. The Senator also points to the state’s economic analysis report saying that California has enough reserves to weather a moderate recession.

“It’s important to invest in people,” she says, “and I think that’s what he’s doing."

Mitchell and the rest of the state legislature can expect more details and a complete budget proposal later this week by Thursday, January 10.