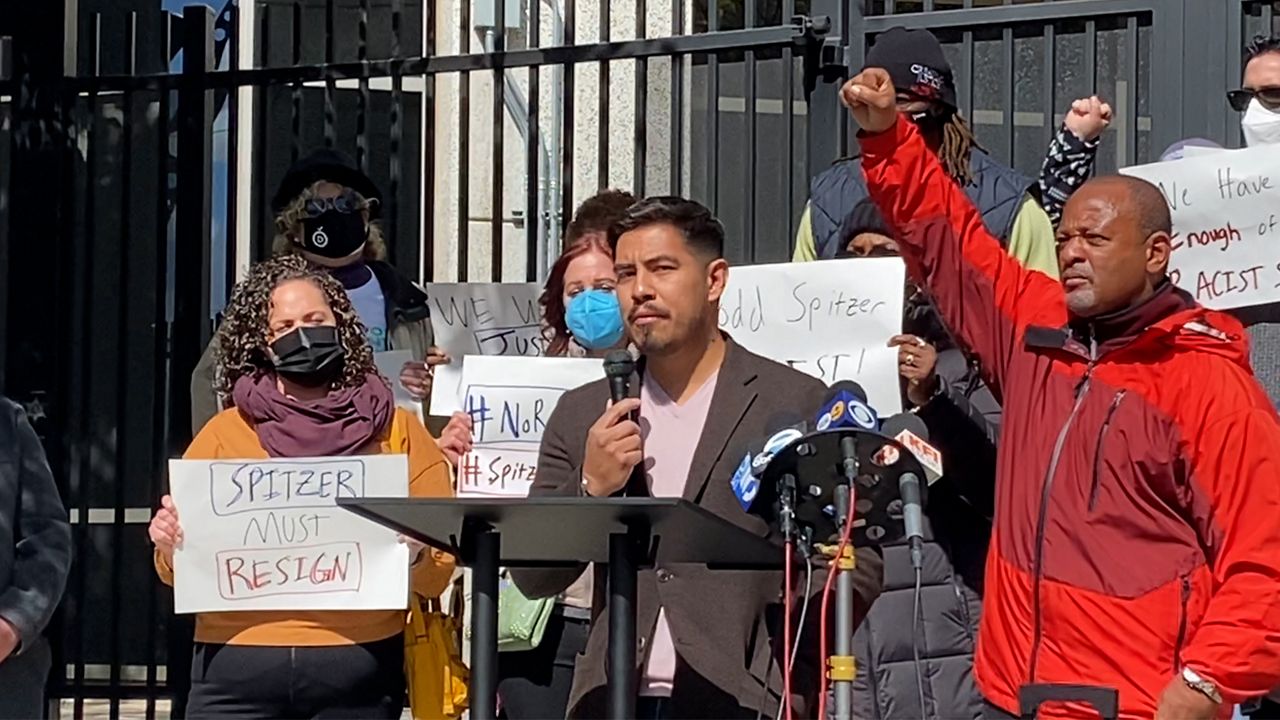 ORANGE COUNTY, Calif. — An increase in antisemitic and racist remarks and incidents across Orange County has local officials, activists and organizations working to condemn hate.

A park along West 3rd Street holds many fond memories for Johnathan Hernandez, a lifelong resident of Santa Ana.

Hernandez says it’s in the center of what used to be known as Little Texas, which once had the largest population of Black families in this region. Both he and National Action Network President Darlene Futrel have lived in OC for decades. Both have vested interests in creating a safe community for people who look like them.

With Black and brown cousins, Hernandez says he always felt a need to unite the two sides steeped in division. After losing his father at a young age due to his affiliation with gangs, he became a servant of the community.

By 14, he was organizing political events with other youth and even now, he’s still connected to his neighborhood, from hosting an annual toy drive to running for office. He’s a member of the community and also a council member, representing District 5.

Recently, Hernandez attended a protest in front of Orange County District Attorney Todd Spitzer’s office. He was there to support the National Action Network, which is calling for Spitzer to resign over what they say are racist comments he made while discussing the death penalty for a Black murder defendant.

“When you have a DA that is not understanding and empathetic to these experiences that people of color go through on a daily basis, it really makes a lot of sense why Orange County has struggled with diversity, inclusion and equity,” Hernandez explained.

Spitzer’s office told Spectrum News 1 and the LA Times the DA has admitted that his speculations about Black men dating Caucasian women to “improve their stature in the community” were “inartful” and “insensitive,” but were taken out of context.

Still, Futrel says there’s no place for those holding positions of power to be so comfortable using this rhetoric. It’s why she helped to organize the protest.

“You gotta get rid of everybody [racist], but it starts from the top,” she said.

It’s an issue of racism that goes deeper than the DA and long precedes his tenure, says Fayaz Nawabi, the policy and advocacy manager for the Council on American-Islamic Relations Los Angeles. It’s the largest Muslim run civil rights organization in the nation.

Nawabi's office also covers all of Orange County and the Inland Empire. He says that there have been so many recent hate incidents, they’ve launched the Center for the Prevention of Hate and Bullying.

“The amount of hate that’s happening in our region is just unbelievable,” he said.

Nawabi is based in Orange County and says that in the last couple of years, he’s seen a sharp increase in hate crimes here. In the last few weeks alone, residents in both Huntington Beach and Newport Beach have received antisemitic flyers, stating that the “COVID agenda is Jewish.”

It’s the most recent development in a startling upward trend of hate incidents and crimes over the last 10 years, according to the Orange County Human Relations Commission.

The data the commission compiled comes from reports from law enforcement, school districts and individuals. It shows there was a 69% increase in hate incidents reported in Orange County in 2020. Nawabi predicts the numbers will show the problem has only gotten worse.

“This anti-API language, this antisemitic language, Islamophobic language, anti-Black language has to end,” he said.

It’s an end Councilman Hernandez says he’s hopeful for, as long as they continue taking intentional strides in the right direction.

“We need to call racism what it is,” he said. “It’s evil. It’s tyrannical. It’s about destroying people who are different than you.”

A recent report from the Center for the Study of Hate and Extremism at Cal State San Bernardino found that Los Angeles saw a 71% increase in hate crimes in 2021 compared to 2020.