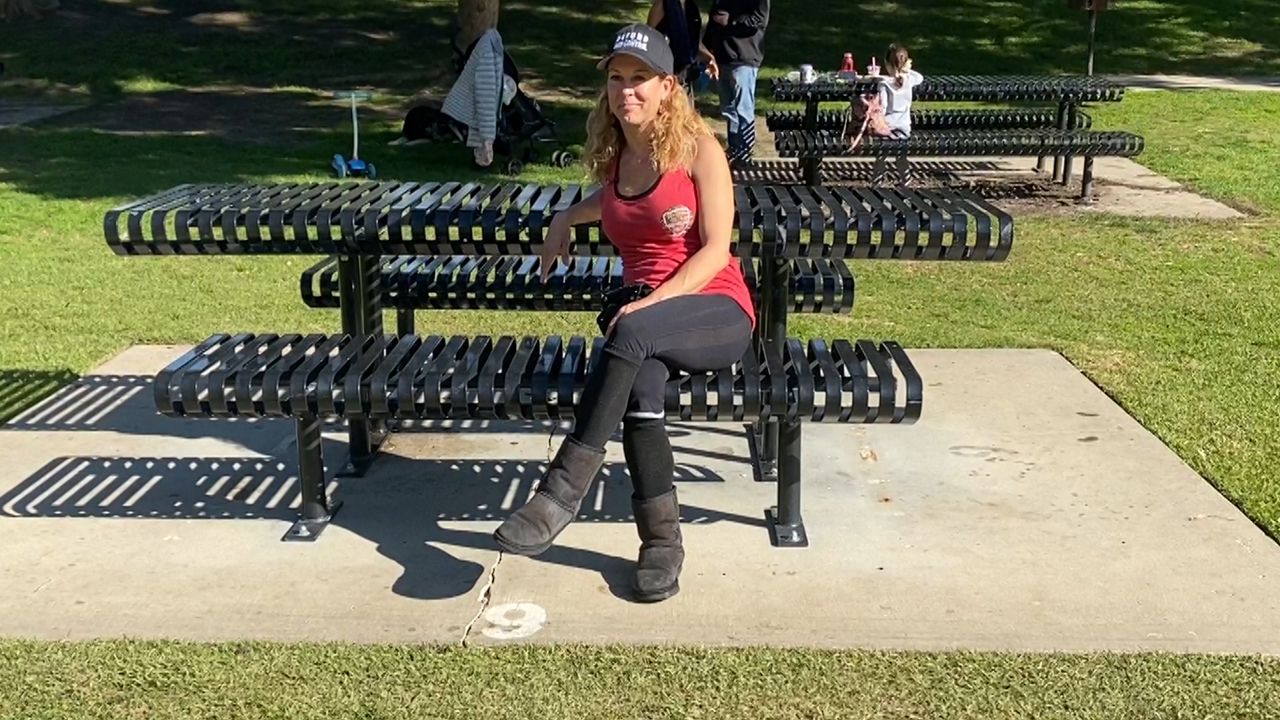 BEVERLY HILLS, Calif. — While many Americans watched rioters breach the U.S. Capitol in shock and horror on Jan. 6, 2021, Shiva Bagheri believes it was nothing short of divine intervention that kept her away.

“I’m telling you the Holy Spirit told me something bad was going to happen, and I used my discernment and I didn’t go,” Bagheri told Spectrum News 1 on a recent afternoon in Beverly Hills. Bagheri, who organized dozens of rallies in support of Donald Trump in 2020, said she decided not to go to Washington, D.C. for his “Stop the Steal” rally.

Three of her close friends were later arrested for allegedly breeching the Capitol, including local salon owner Gina Bisignano, who has since pleaded guilty to six charges, including obstruction of official proceedings and physical violence in a restricted building.

“Walking into the building (is) probably not something I would have done. I think a lot of people have lost their minds a little bit with this whole lockdown stuff. It’s been mentally straining on a lot, and I think (Gina) cracked a little bit,” said Bagheri.

Independent journalist Sean Beckner-Carmitchel covers LA’s protest scene and has gotten caught up in the violence, including a brawl at a Beverly Hills rally, where he was assaulted by a pro-Trump supporter. Beckner-Carmitchel says the man who beat him in the head with a metal bat is David Dempsey of Van Nuys, who is now charged with assaulting a police officer at the capitol on Jan. 6.

“I’m really lucky I wasn’t hurt more than I was,” Beckner-Carmitchel said, who said the assault in Beverly Hills happened in clear view of local police officers.

Bagheri said she told protesters violence wouldn’t be tolerated at her rallies.

Today, Beckner-Carmitchel is aware of at least 20 Beverly Hills attendees who were at the Capitol insurrection, and while the Department of Justice has already charged more than 700 alleged rioters, there are hundreds more who remain unidentified.

“It’s important that any movement have documentation,” Beckner-Carmitchel said. “It’s a genuine and legitimate part of the fabric of what America is now and where it’s going.”

While the rallies may appear on the fringe, the co-director of UC Irvine’s Fair Elections and Free Speech Center, Professor Rick Hasen, has never been more concerned about American democracy.

“I think we face a serious risk that we will not have a successful election for president in 2024, if things continue the way they are — with millions of people believing the false claim that the 2020 election was stolen,” Hasen said.

Hasen says by failing to admit he lost, former President Donald Trump is tearing the very fabric of democracy.

“What a democracy requires is what political scientists call 'loser’s consent,' the idea that if you’re on the wrong end of the election … you accept those results as legitimate and reorganize and vow to fight another day.”

Bagheri brought her own crew to record her interview with Spectrum News 1, though she said the unedited version won’t be posted on any major social media platforms because she’s been banned for sharing misinformation.

“The Capitol breach, well the movement that I’m a part of, it really hasn’t affected it because we don’t take anything seriously that the mainstream media puts out there,” Bagheri said. “We know the truth because our friends were there.”

She doesn’t trust any major institution — not government, not academia and not the media. She just believes in the movement she fostered in Beverly Hills.