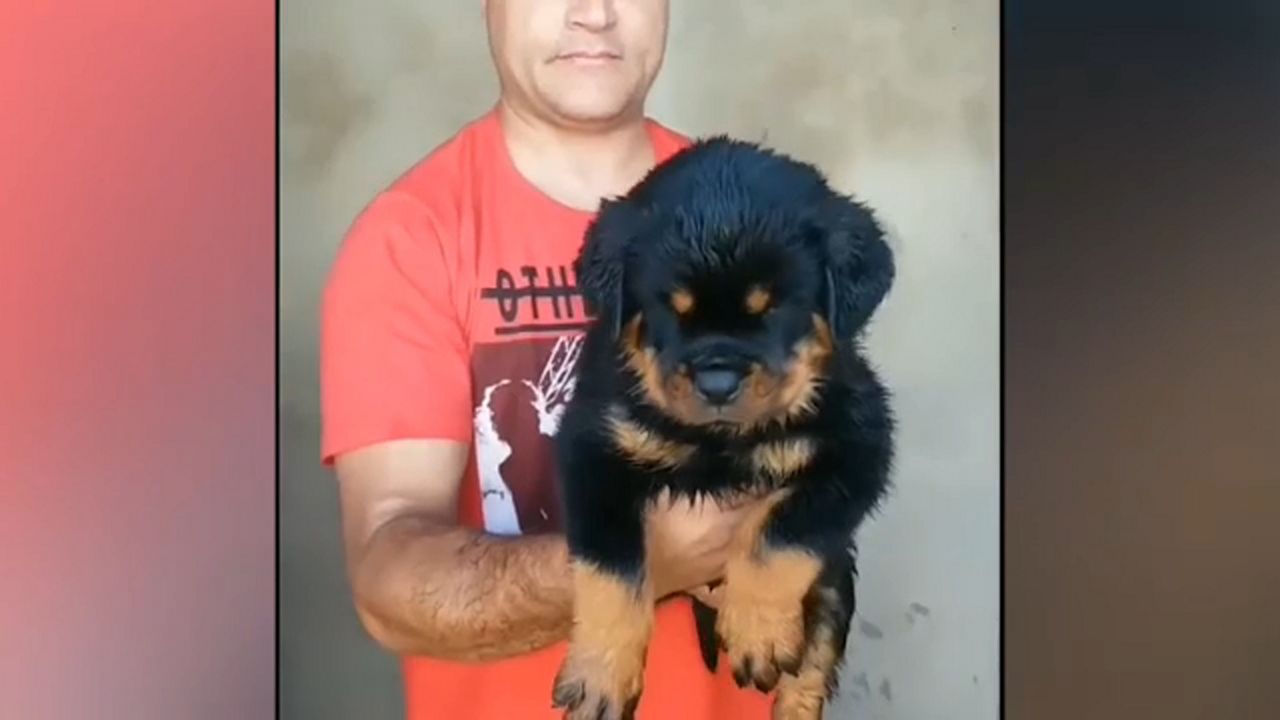 PICO RIVERA, Calif. - Richard Lamas was still mourning the loss of Speckles, his canine companion of 16 years, when the pandemic forced stay-at-home orders.

“My wife says now is the time to get your Rottweiler you’ve always waited for and wished for,” said Lamas. “Because you’ll have plenty of time to train it from a puppy.”

Lamas loved the idea and got to work looking for a pup, only to find a high price tag.

It was too expensive for Lamas so on April Fool’s Day, he turned to Craigslist and began correspondence with Vanessa Pincher, who claimed to be in Montana. Pincher had a sad story and told Lamas via email: “we are giving the Rottweiler puppies out for adoption because they belonged to my late son who was a breeder but he just past away after a long-term cancer.”

Pincher had a Rottweiler pup named Clair and she was free. Lamas only needed to pay $280 for her to be transported.

The shipper, Blessing Air Movers, asked him to send the money via Zelle but it wouldn’t go through. The shipper asked for Walmart gift cards instead.

The shipper also asked Lamas for one more thing - another $750 for a special crate that “produces heat and cold,” according to the text Lamas received.

Lamas says the last time he heard from Karl Burns with the shipping company was nearly two months ago. During the Spectrum News 1 interview, Lamas called Burns to find out what was going on.

“Hey Karl, I sent money and haven’t gotten my dog. Can I get my money back?” asked Lamas.

Burns put him on hold, then the call is disconnected. Next, Lamas tries asking for his money back via text and he receives a response saying he can get a refund but he will “need to pay feeding and accommodation,” which is $250. Burns even sends a photo and video as proof he has the dog.

“Never. It’s never a good idea to buy a dog on Craigslist,” said Madeline Bernstein, president of Society for the Prevention of Cruelty to Animals Los Angeles (spcaLA).

“We have actual cases of people selling dogs on Craigslist that represent certain things,” she said. “You get the dog. The dog is not alive 48 hours later...if you get the dog at all.”

She says even for someone like Lamas who has their heart set on a certain breed, Bernstein has a recommendation that some may find surprising.

"Here’s the secret, shelters have about 25% of actual purebreds in the shelter population,” she explained. “So if you want a specific breed, I would say first look at the shelter, then the shelter might be able to refer you to a rescue group that’s legitimate, that specializes in the particular breed.”

That is advice Lamas wishes he had followed. He also wishes he had checked on the company before sending his money. A Google search of Blessing Air Movers turns up review after review, calling it a scam.

Feelings that can cloud judgment when faced with the prospect of a new companion during these tough times.