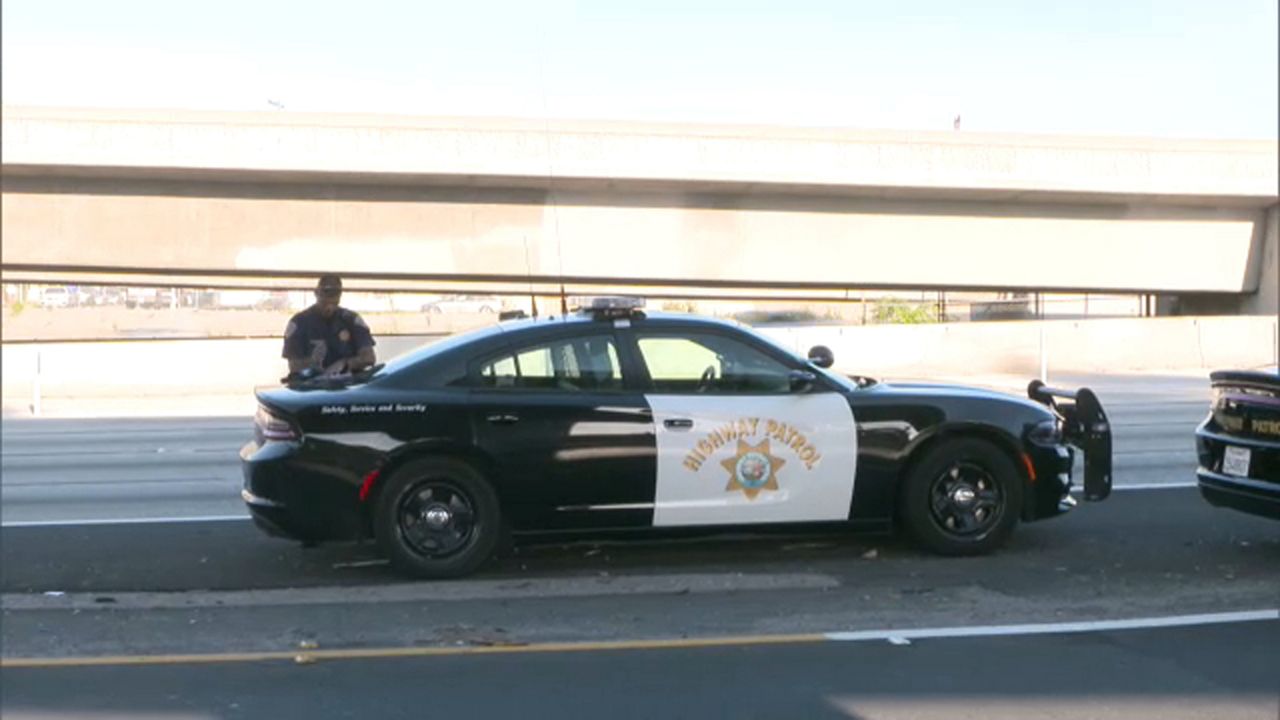 LOS ANGELES, Calif. -  It’s a byproduct of the coronavirus - drivers barreling down Southern California freeways as though speed limits have been eliminated. California Highway Patrol Officer Roberto Gomez sees them all the time.

“Now that the freeways are a little more empty, I think people think that there's a freedom to go as fast as they need to go without regard for other people’s safety,” said Gomez.

That disregard for others’ safety is why Gomez and his fellow officers are lining up on the 110 freeway at the Imperial Highway on-ramp around 7:30 a.m. on a weekday. One officer runs lidar, technology that is similar to radar but using a laser, and signals to the other officers who take turns going after the speeders.

The CHP officers gave Spectrum News 1 an inside look at how the operation works.

When it’s Officer Gomez’s turn, he waits less than a minute-and-a-half before he spots a speeder. The driver is just 20-years-old.

Officer Gomez hands the driver a ticket and urges him to slow down.

That driver wasn’t the only one speeding that day. In less than an hour, the officers hand out 16 speeding tickets - an average of one every 3.75 minutes. They also impound two vehicles because they say not only were the drivers speeding, but they were driving without valid licenses.

In fact, from the date of the stay-at-home orders on March 19 until April 19, the CHP issued 2,492 tickets statewide for driving faster than 100 miles an hour. That figure is nearly double the 1,333 tickets written during the same time period last year and that’s with 35% fewer cars on the road, according to the CHP.

Overall, car accidents are down because of fewer cars but CHP is seeing more single car crashes and more serious accidents.

“People rolling their cars over onto the roofs,” said Gomez. “You’ve rolled over your car. Your car is in the middle of lanes and now here comes that other car going 90 miles an hour and now, you’re going to have a really bad crash.”

That’s similar to what happened on May 1 when police say a driver plowed into the rear of another vehicle so fast that it was airborne and flipped over into the eastbound lanes of Imperial Highway where it was struck by another car. Three people lost their lives in the accident.

Officer Gomez has a message for those who speed on Southern California roadways.

“Be aware. We are out there,” said Gomez. “We have zero tolerance for people driving in a reckless manner and we will take action. We will cite you, maybe even throw you in jail.”