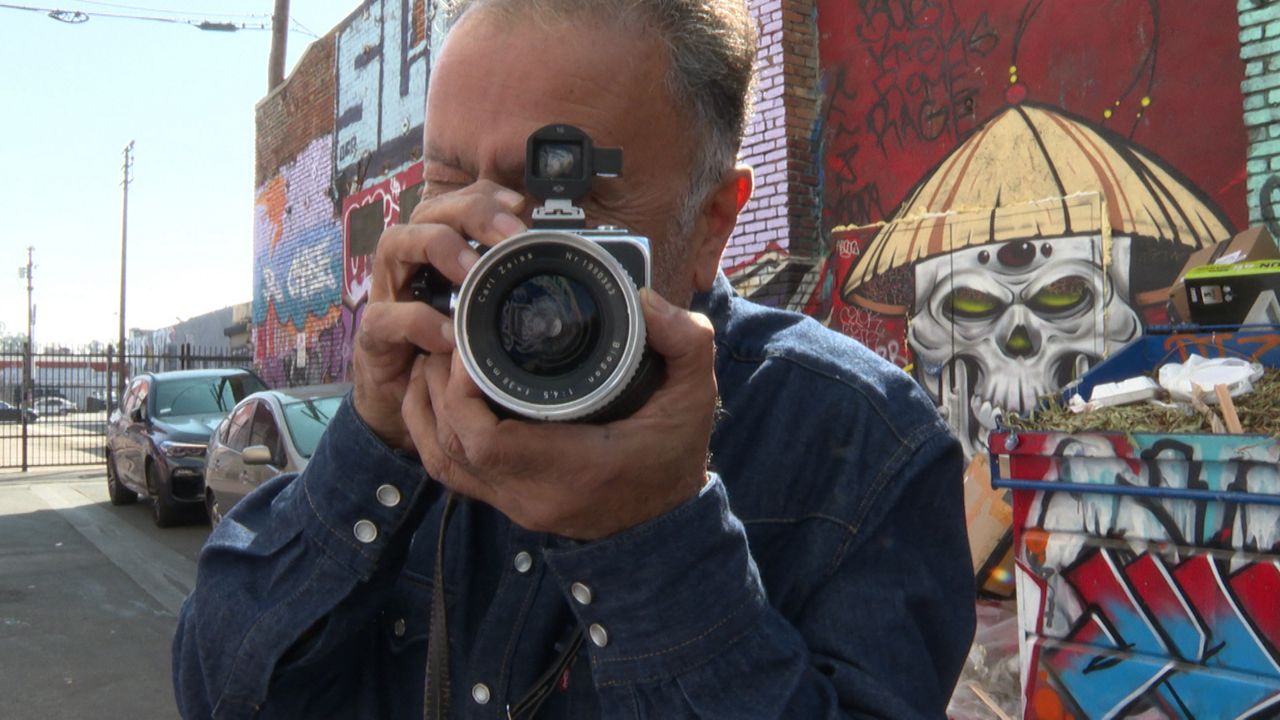 LOS ANGELES – There is an old photographer’s motto: The best camera is the one you have on you. That is why photographer Hadi Salehi always carries his Hasselblad everywhere.

A medium format camera, it only shoots film and you have it wind it after every snap.

“I love this camera because they made it in 1951 and also I was born in 1951,” said photographer Hadi Salehi after snapping a photo of a mural depicting Nipsey Hussle. “I love film, I think, because it's sexy.”

An immigrant from Iran, Salehi moved to L.A. on September 4, 1978, which he calls his American Birthday. For the last 40 years, he has been working as a photographer capturing much of the beauty and grime of which L.A. is known for.

“When I graduated from Art Center, I got my first dream job photographing surfers,” said Salehi while flipping through old photos taken while covering surfers. “For an immigrant, that culture was amazing and eye-opening and a window to the America and make me understand America and feel America more than I thought so.”

Since the emergence of pocket digital cameras and smartphones with multiple lenses, film has been on the decline, but Salehi wants to see film make a comeback much like vinyl has in recent years. When apps like Instagram and Snapchat offers a variety of filters, Salehi creates his own by merging multiple layers in a single image.

“This is a sample of my work,” said Salehi as he displays a large print of a surfer. “It’s mixed media. I do portrait then I get layer and I mix them together to create one image like that one and many others you will see it on the wall.”

After a career covering L.A.’s pop culture scene, Salehi got interested in portraiture. Developing film inside his darkroom, Salehi is able to manipulate light and merge multiple layers to deconstruct faces and create a narrative for his subjects. It is a technique he says that’s both art and science.

“When I take a picture with the film, it is just the beginning of the process,” said Salehi. “I really don't know what I'm going to get in the end and that's the magic of using film.”

Take some pictures and make some magic.

Salehi’s first solo show in the United States, “LAYERS: The Art of Hadi Salehi’s Photography,” is currently on view until November 3 at Advocartsy, a Downtown Los Angeles based contemporary art gallery featuring artists from Iran. 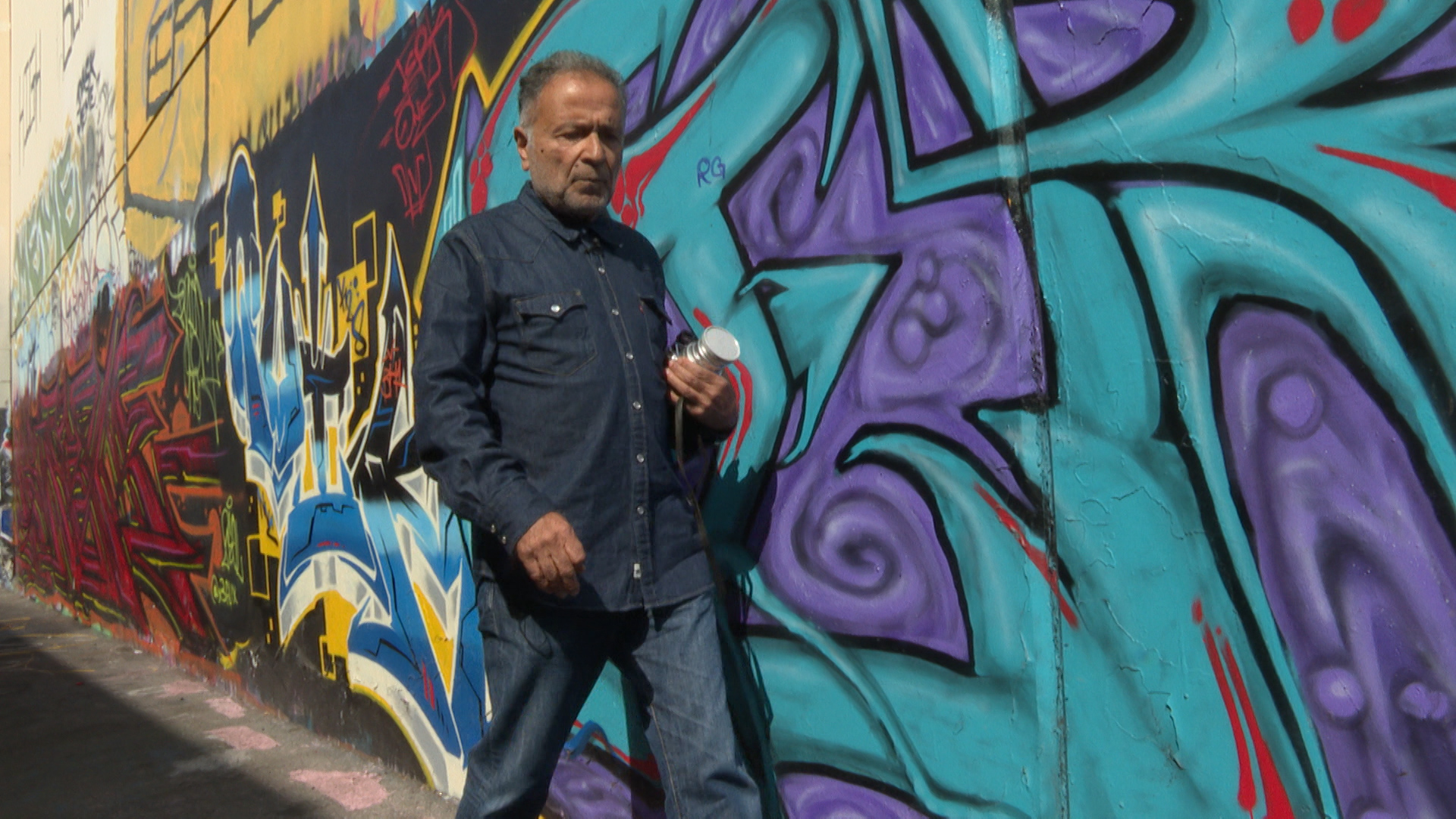