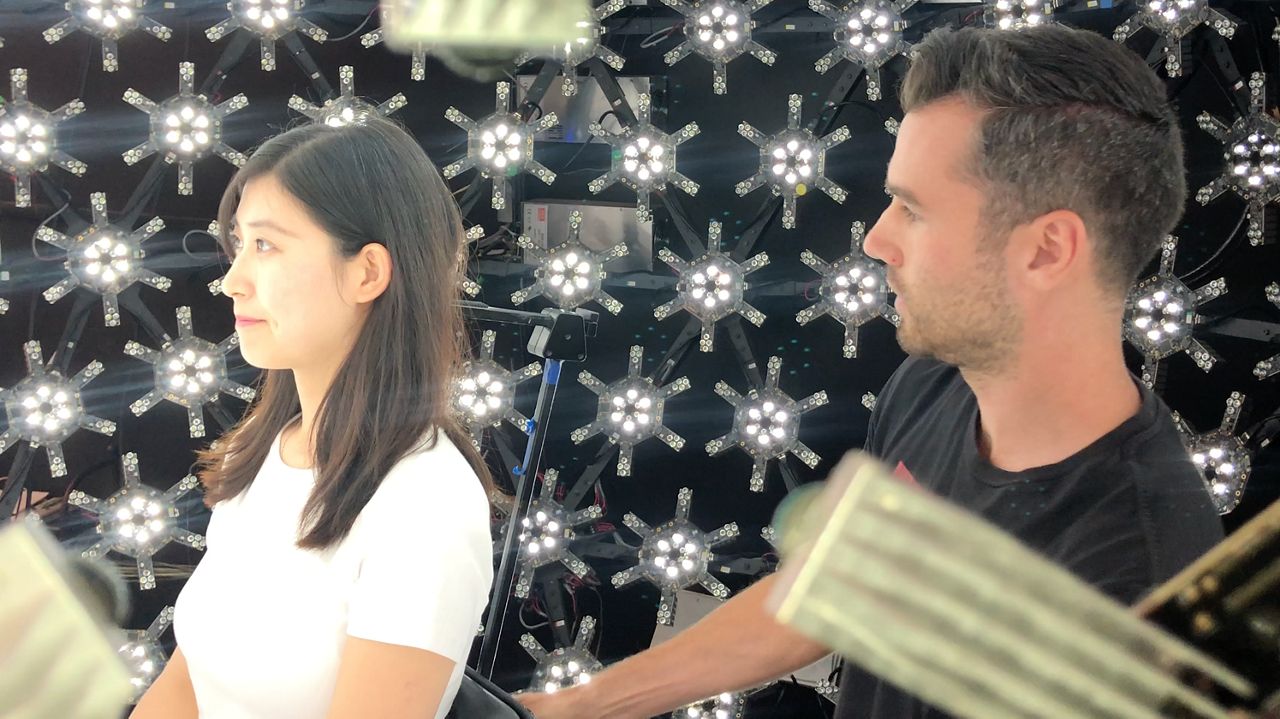 PLAYA VISTA, Calif. -- It's a futuristic photo studio that looks like a glowing ball of light and photographer, Kalle Bladin, is actually a computer programmer who gives a whole new meaning to "lights, camera, action!"

"It's a spherical dome with 346 individual light boards which can in turn be individually controlled," Bladin said.

"We scan people in the light stage for production purposes and for data gathering," Bladin said.

The scan images may remind some people of deep fakes, which are manipulated videos generated from online photos and video footage, some of which have gone viral.

But the technology in the Light Stage is much more advanced. It enables photorealistic digital avatars for movies and games.

You may not realize it, but you've probably seen the tech at work in countless blockbusters, including digitizing the late Paul Walker's face in Furious 7, helping bring the genie to life in Disney's live-action Aladdin, and helping transform action-packed fight scenes like in Logan.

That means Bladin and his teammates sometimes get to hang out with some pretty big Hollywood names.

"It's interesting to see their different personalities and get to know them on a more personal level," Bladin said.

As artificial intelligence continues to advance, places like the Light Stage hope to be on the forefront, building the algorithms for digital human beings and giving us a colorful snapshot of the future.