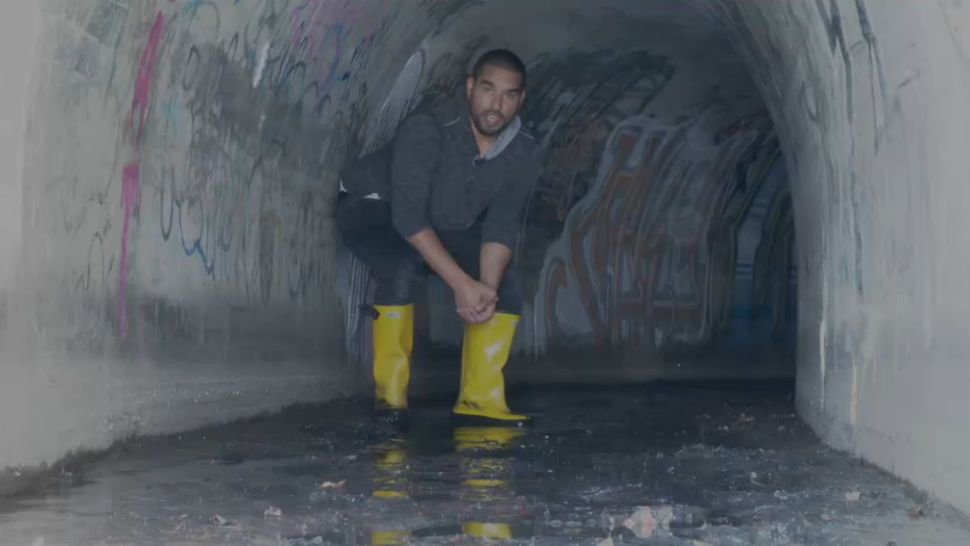 Runoff Collects Bacteria in Storm Drains Before Flowing Into Ocean

LONG BEACH, Calif.  – To find out what's in Southern California's oceans, Spectrum News 1 went below the streets of Los Angeles into a storm drain to track the flow of water. We're diving into a question scientists are facing: what is in L.A.’s water?

It is not unusual for Cheng Moua to a snag something other than a fish out of the ocean in Long Beach. He said while fishing, he picks up garbage bags and plastic before finding any fish.

While the trash problem might seem bad, the water Moua is standing in could be worse. A portion of the city beach at Coronado Avenue was given an F and landed on the annual Beach Bummer list from Heal the Bay.

RELATED l Ranking of Top 10 Most Polluted Beaches in California

To find out why Coronado Avenue received a failing grade we must take a few steps back and go to a source of this water, a little bit further north. When it rains or when the snow melts from the winter, water runs off from up in the mountains, which is mostly pure.

Luke Ginger the Water Quality Scientists for Heal the Bay said, "Up here it's natural, it’s never been concertized as it's called. You'll see a sandy rocky bottom you'll also see a lot of plants growing out of the bottom of the river. Very little human pollution that runs off the landscape and enters the water when it rains"

However, even as clean as the water seems due to the winter rain a lot of waste ends up in the mountain runoff. From there the water runs through L.A. streets, collecting more and more waste before it ends up in a moldy bacteria black sludge filled storm drain.

"This is all run off from the street. This is all water that came from people's gardens or people's landscaping. It could be things that people just spilled onto the street, like emptied out a bucket you emptied out your coffee cup. It all drains off the street enters in right here," said Ginger.

There is no telling exactly what's in the storm drain, but Ginger has a few ideas.

"There's a lot of trash in here. We collected a water sample we're going to analyze how much bacteria is in this. There are probably other pollutants that we're not measuring like pesticides or metals things like that," said Ginger.

It was the winter rains that carried all of the runoff, along with other bacteria into the L.A. River, collecting more trash and waste along its route, some of which is still there waiting for the next big rain. Ultimately the water comes out of the storm drains in Long Beach and flows directly into the ocean.

Knowing this our fishermen friend said he might have to reconsider this as his prime location.

Runoff from the street ends up in LA's oceans. (Spectrum News)