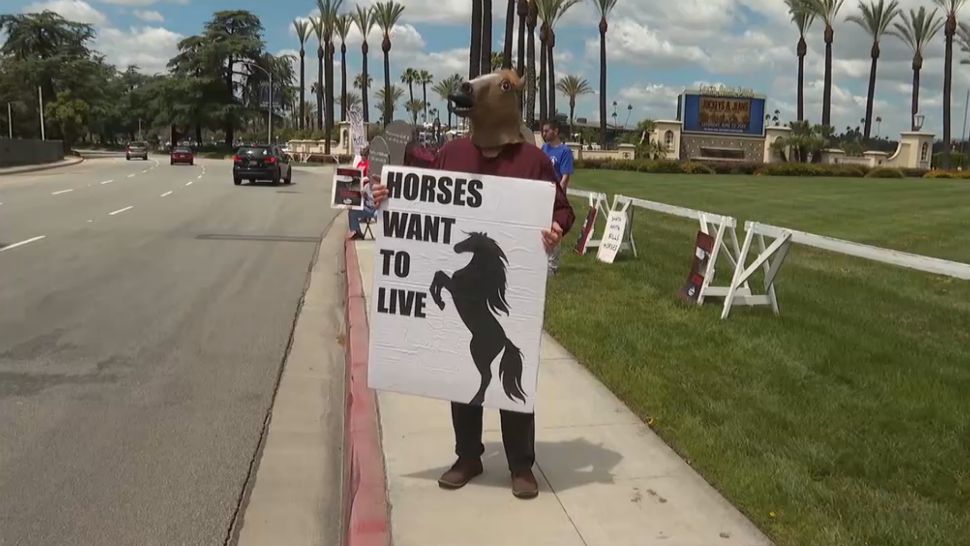 Even with the excitement of a new season, the Vice President of Los Alamitos Racing Association, Jack Liebau, is looking forward with some trepidation.

“Teetering to some extent is fair,” said Liebau about the state of horse racing in California.

Horse racing has come under scrutiny after 30 horses died in Santa Anita earlier this year. Despite the controversy, it hasn’t stopped Los Alamitos from providing stalls to hall of fame trainer Jerry Hollendorfer.

RELATED l Why Are Horses Dying at Santa Anita?

Hollendorfer had four horsed die among those 30 fatalities. Consequently he was banned from the Santa Anita and Golden Gate tracks. He is still allowed to race in New York, and was welcome with open arms at Los Alamitos.

Meanwhile Kelle Bruckman actively protests the sport for its treatment of horses, she will be peacefully demonstrating on Los Alamitos opening day.

“The question isn’t why is this just coming to light. It’s why has it been hidden and in the dark for so long,” says Bruckman who is an active member of Horseracing Wrongs.

Even though they stand on opposite sides of the sport, both Liebau and Bruckman agree that banning Hollendorfer isn’t a solution.

“That’s a really slippery slope. Because if one track can pick one person out and say ‘you’re out of business… you have 50 horses here at Santa Anita, 72 hours to get them off the premises, what do you do? Put them out on Huntington Drive?’ I don’t know. I don’t have any answers,” said Liebau.

Meanwhile, Bruckman says pointing the finger at Hollendorfer is a distraction.

“We will not be distracted. As long as these beautiful creatures do not have a voice, we will be there voice. I will be their voice,” said Bruckman.