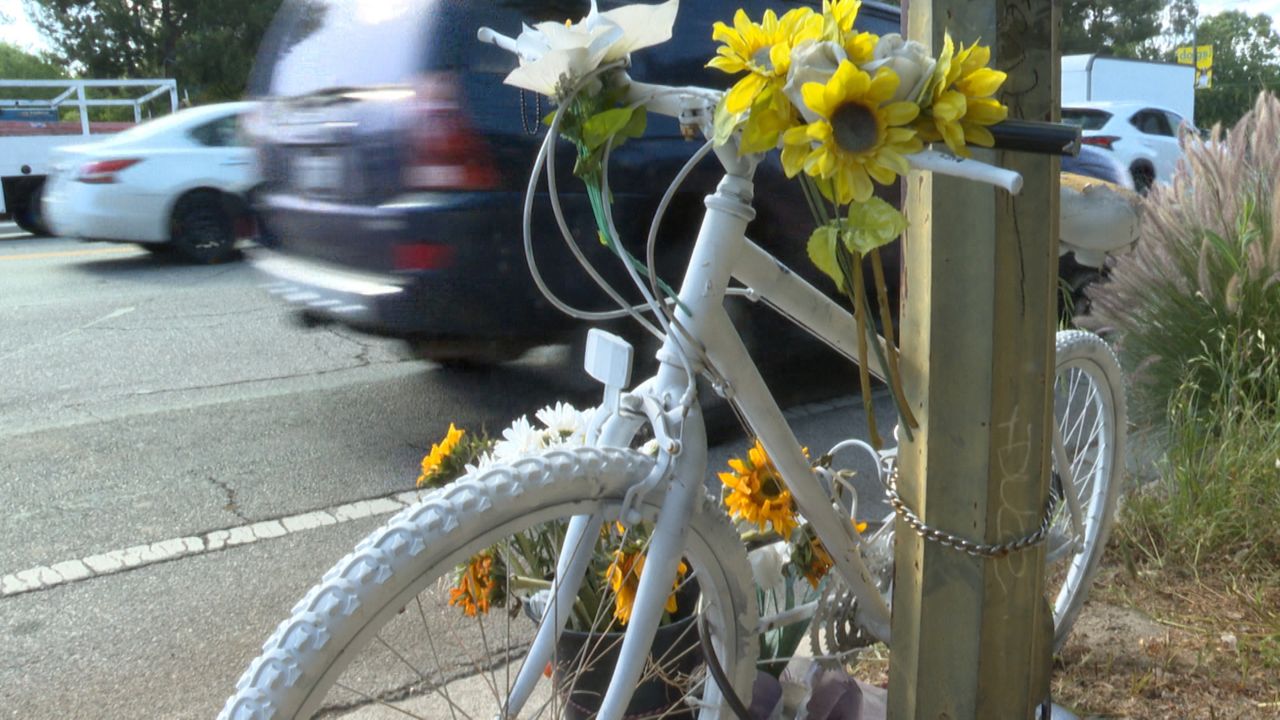 Sebastian Montero, 15, was a sophomore at Reseda High School when he was cycling with friends before being involved in a crash Easter morning on April 1, 2018.

“He was a very sweet kid from the beginning,” said his mother Alma Montero.

Sebastian was a police cadet and in the Marine ROTC, hoping to serve in the future.

"All the time, he was just showing me things about marines and the military," Montero said.

He started riding more seriously in high school, even training and racing at the Encino Velodrome.

"He was getting better day by day. He kept saying and bragging, you know, 'I’m the smallest of the group and I’m being probably now the fastest,’" Montero said.

She recalled their last conversation. "I said, 'OK, I love you.' He said, 'I love you mommy.' He left," Montero said.

After the crash, Montero got a call and rushed to the hospital where she got the fateful news.

"We tried at least 25 minutes and we couldn’t save him," she said. "I believe in God, and I never expected it to be something like that. I thought it was only like something broken."

City leaders are trying to offer some comfort. Instead of a temporary ghost bike, the city voted unanimously to install permanent road signs at the locations of deadly bike crashes.

Sebastian was one of 21 cyclists killed last year in L.A.

"It’s already time that they do something about it," Montero said.

Reseda High is also working to put up their own memorial in honor of Sebastian.

"Whatever is related to my son, to cyclists, it has a lot of meaning for me," Montero said.

"I love him so dearly," Montero said.