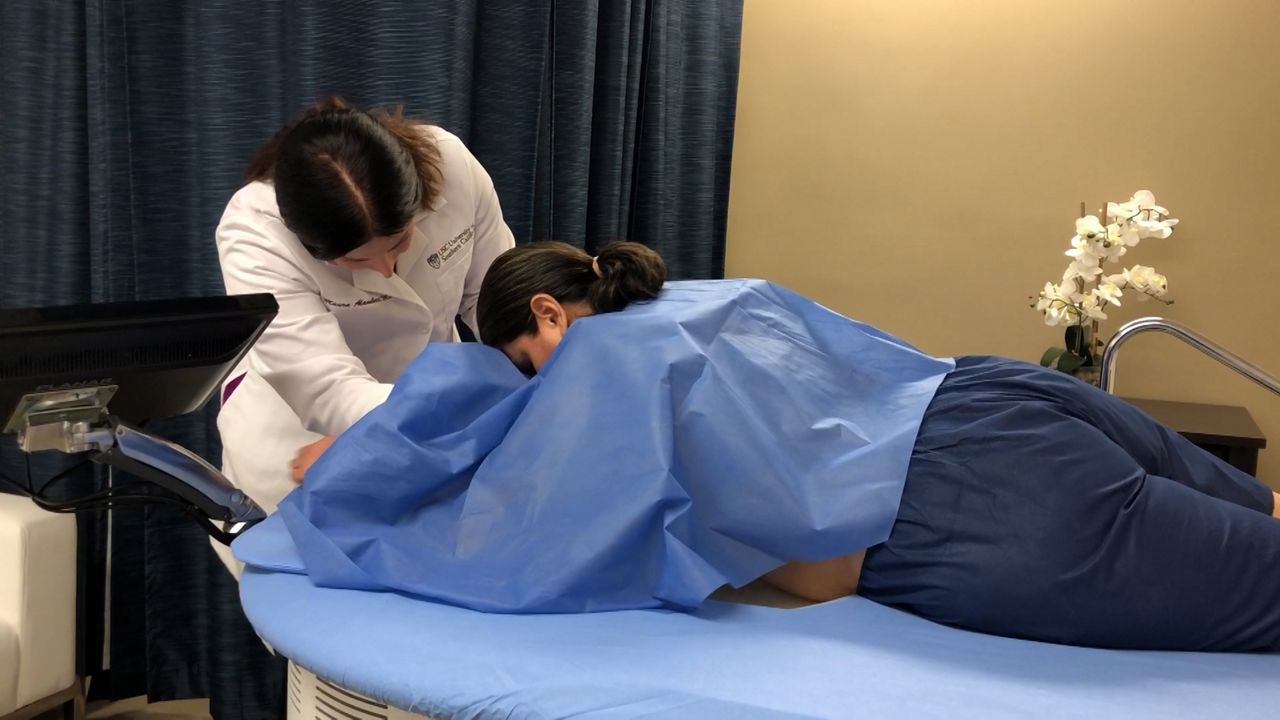 A new gentle and radiation-free way to get a breast exam is being tested out at eight sites across the country, including the University of Southern California’s Norris Cancer Center.

The procedure involves a table and water. Patients like Rosy Diaz-Navarro lie down on a table face down. A hole is near the chest area and each breast is placed in the SoftVue system at a time in 98-degree water.

Navarro found out about a new way to get a breast exam at her first traditional mammogram. It was when she was 40.

It was then she discovered that she had dense breasts. About 40 percent of woman have dense breast tissue.

She also found out that traditional mammograms might not work for her.

“The problem with that is that cancer is also white on mammogram,” said Dr. Yamashita.

That’s the reason Diaz-Navarro was given a flyer about a study going on locally at USC testing out a new way for women with dense breasts to get a 3D breast exam.

“And I decided to participate,” she said.

Dr. Yamashita explains that the SoftVue exam is done without pressing the breasts or radiation exposure.

The SoftVue system uses what’s a called a transducer. It is a ring on the outside of the water area that’s moves slowly down to capture an image of the breast.

“Doesn’t touch the breast at all. The breast is just suspended in warm water. And the transducer just scans the entire breast,” said Dr. Yamashita.

In the SoftVue scans the the breast tissue shows up black and if cancer was present, it would show up white. So far, 5,000 women have signed up for the ongoing study happening. The goal is to sign up 5,000 more women to take part.

“We have found cancers that were not seen on traditional mammograms,” said Dr. Yamashita.

The doctor says it can be a lifesaving tool. And Diaz-Navarros will vouch that it really is gentle. She says she was happy she took part in the study. Also, she added she’d do I again if it can help detect cancer early, in her or any woman.