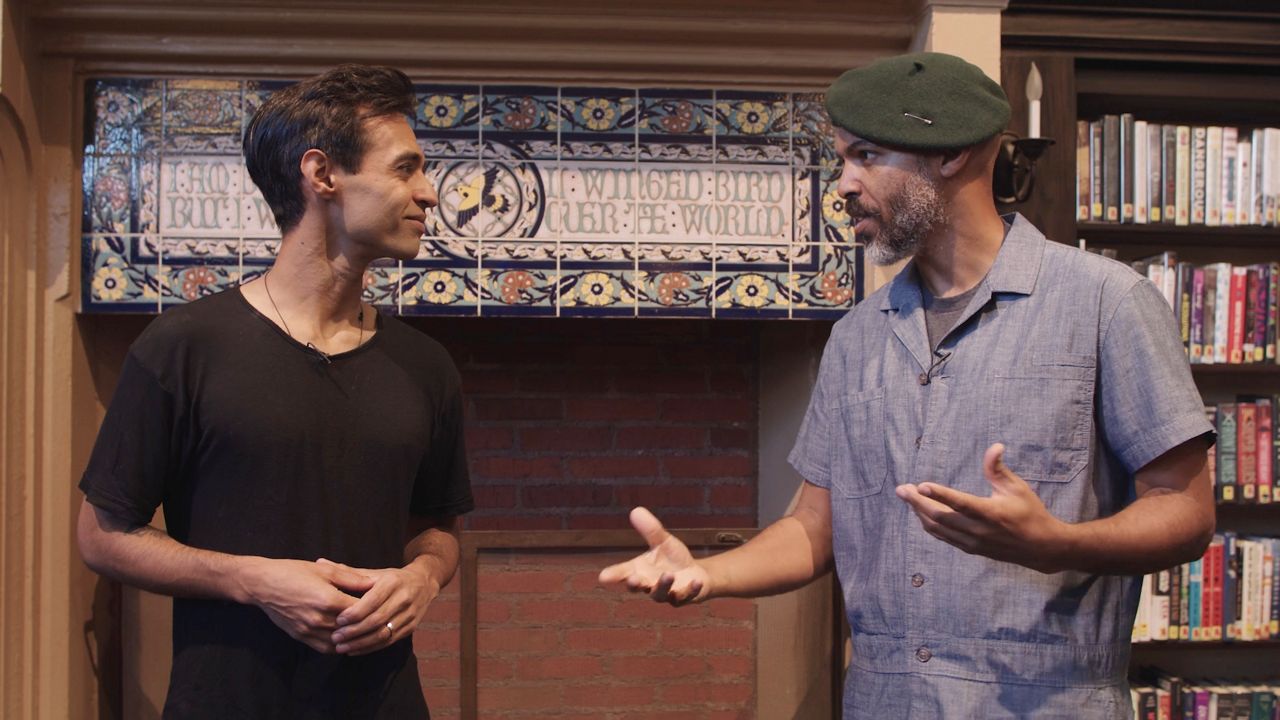 I remember when Van Hunt’s debut album swept over the world of neo-soul. From an aural (and visual) standpoint, he was a strong fit for the landscape shaped by Maxwell and D’Angelo, with liquid bass lines and a velvet-croon built to ease the path to the bedroom. (With song titles like “Seconds of Pleasure,” he wasn’t hiding from it, either.) I didn’t grow up in smoky pool halls, surrounded by Ohio funk legends and small-time hustlers like Van, and from the sounds of it, I didn’t have quite the same game when it came to my dates, either.

But then something happened that made Van—a generational talent hailed by the likes of Prince and Jermaine Dupri—into someone we all could relate to: the 2008 economic collapse, which caused chaos in the music industry, right when Van took a strident stance on his creative freedom and made his freakiest album to date.

And so Van went from winning a Grammy to having Blue Note records shelve his next record, all over the course of a single year. This may not be perfectly relateable to your life, but think about it this way: How would you deal with a lay-off?

How do you conquer the questions of self-worth? How much does it mean to you to stay true to your vision for your life, as opposed to conforming to this idea that people have for you?

Van Hunt’s musical greatness, which is so undeniable in his solo session on our Skyline Stage rooftop, is unlike any other. And yet when we spoke just hours earlier, he felt so relateable, something of his life so universal, due to a quirk of fate that both humbled and propelled him on this unicorn path that led to our meeting in this North Hollywood library.

As an artist, I love talking about the creative process. Van and I discussed The Artist’s Way, a book devoted to helping people get un-stuck, in art or in life, through out-running the voice in the mind that’s inhibiting your inner artistic being. It’s all about having the freedom to be a “bad artist,” because the magic comes when you let go of trying to be anything at all.

For Van, reclaiming his artistic voice came in North Hollywood, where he set down his guitar in favor of a camera, capturing images of the rough lives he saw being lived by homeless people on his streets. I asked him if his lens was capturing something he could relate to; things falling apart.

“[It was] a loss of things that were once important,” Van told me in reflecting on his street photography. “What should that mean to you?”

Loss hurts. But it also opens up floodgates to the new. Van’s North Hollywood era of music is unapologetic, and fluid. That’s the Van we see on the Skyline roof: rhythmic, blues-infused riffs, jazz-inflected chord inversions, and wandering tempo shifts—this Van is some sort of complicated love child of Jimi Hendrix and Jeff Buckley… and that’s just his guitar. Van actually sings the words “complicated love child,” on his paean to his home “North Hollywood,” and the soul with which he hits it cuts me to the quick. But it’s also just a fitting phrase for this hero: complicated in his defiance of easy ways out; child-like in his love of staying true.

I’m so grateful to Van Hunt, the warm soul and infinite jukebox he is, for this entry in our Music Diaries. Keep up with him at @vanhunt on Instagram and Twitter, and check his album reimagining his early material, TRIM (The Reimagined Van Hunt), streaming everywhere music is to be streamed.