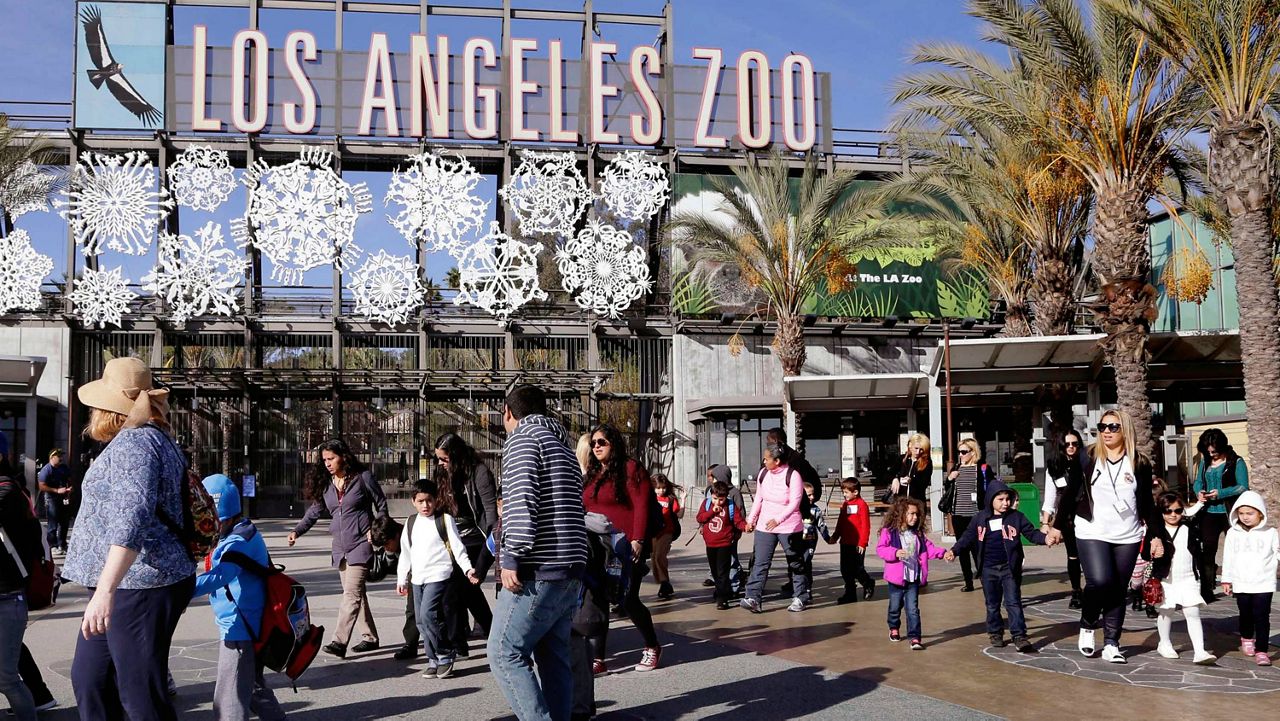 How LA Zoo plans may impact California wildlife and plants

Officials are considering a massive expansion plan for the Los Angeles Zoo, hoping to compete with other tourist attractions in Southern California. But the environmental impact of the proposed expansion has some locals and preservationists fighting against it.


If the expansion plan goes through, it will give the zoo a competitive edge against the competition in Southern California during the 2028 Summer Olympics in Los Angeles.

"The competition includes Disneyland, Universal Studios, Knott's Berry Farm, SeaWorld, and of course, that big zoo down south in San Diego. It would also get a boost in attendance. They hope to see by 2040, three million people going through the turnstiles every year, which would be a 72% increase," Sahagun said.

According to zoo officials, about 89% of the zoo's annual visitors are residents of Los Angeles County, and the remaining 11% are tourists. "They hope to increase that margin of tourism, particularly when it comes to, for example, families in 2028 from all over the country and around the world who will be huddling during the Olympics. So these families and wondering what are the cool things to do in Los Angeles right now? Right now, the Los Angeles Zoo is probably not very high on that list," Sahagun added.

A battle over the future of L.A. Zoo: Should it expand to compete with Disney, Universal? https://t.co/ELCx4FeeB4

The $650 million plan involves the removal of all the remaining native woodlands, which is causing backlash from conservationists.

"Well, in order to make this 20-year plan come true, particularly the big-ticket items that they'd like to have up and running by 2028 and time for the Olympics. They will have to develop most, if not all, of the 23 acres within the zoo boundaries that are still native woodlands of oak trees from black walnut trees, and even some endangered species of shrubs. Conservationists say they don't disagree that the LA Zoo can use some freshening up. The problem is that they say is do they really have to develop all of the remaining woodlands within the boundaries of the 133-acre zoo. These trees are used by every species of hawk and owl in the LA area. They all roost there; they all nest there. So, some conservationists, it seems ironic, perhaps or hypocritical for a zoo to be bulldozing wildlife in order to create exhibits of species from around the world, an amusement park-style equipment," Sahagun said.

If the Los Angeles City Council approves the plan, construction will occur in seven phases starting next year, but critics of the plan are promoting a smaller-scale compromise.

"They are saying, how about we do not build the brand-new African visitor center of 31,000 square feet that opens up onto a 5,000 square foot giraffe exhibit? And how about we don't build that California visitor center, with 360-degree views, including of a 25,000-square-foot vineyard? Do we really need a vineyard? They are asking that more gets done for the 1,500 species in the care of the zoo. And the zoo director Denise Verret is one of the most hard-charging, visionary, energetic new directors, I've ever known at the zoo going back 30 years. So, her job is to make it better, make it better for everyone, including, during the Olympics, sure. But she's got 23 acres to do it in. And those 23 acres, conservationists say, are more important to preserve for local species," Sahagun added.