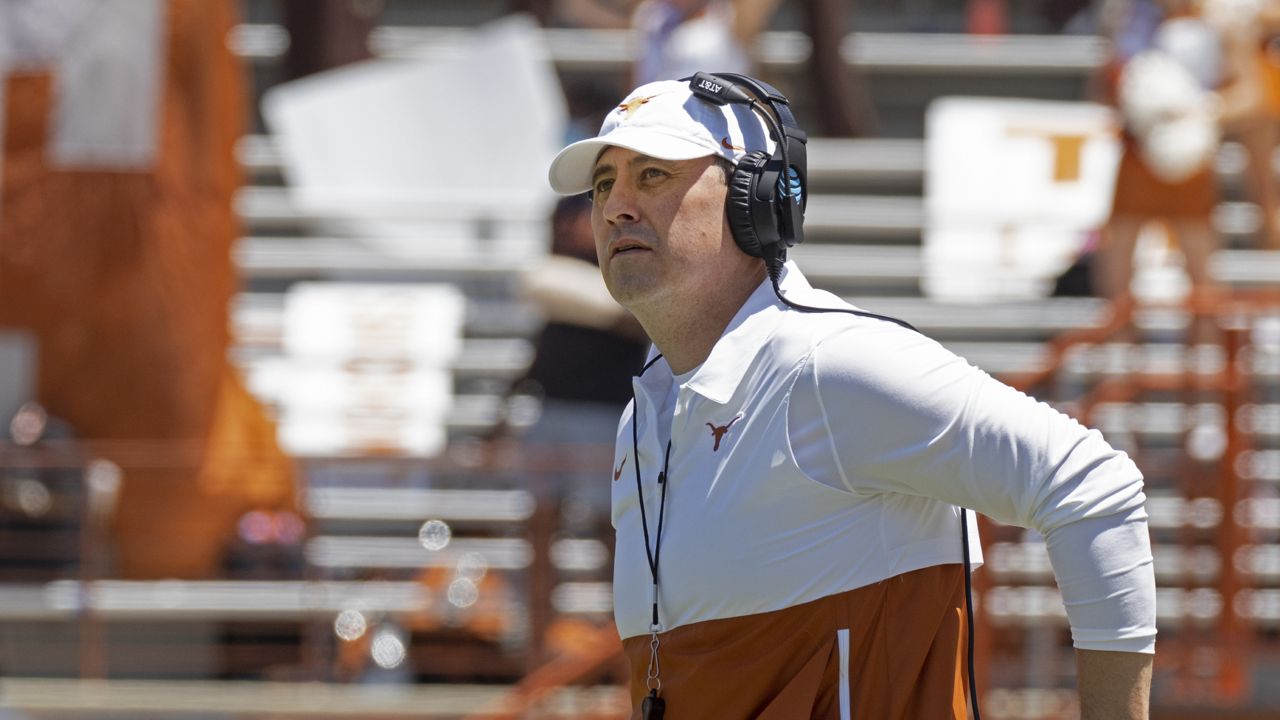 Remember Steve Sarkisian? He's now head coach at the University of Texas. It's his first head coaching job since USC fired him midway through his second season with the Trojans in 2015.

In an interview for "LA Times Today," staff writer Brady McCollough joined Spectrum News 1 anchor Kelvin Washington to explain how Sarkisian has distanced himself from his past as he tackles one of college football's toughest coaching jobs.

Throughout the years, Sarkisian's coaching career has overall been in good shape. He went from coaching at El Camino College in Torrance to coaching at USC then, in 2009, became the head coach for the University of Washington's football team. A few years after that, he returned to USC.

"It was him and Lane (Kiffin) that got their start under Pete Carroll and eventually took over the offensive coordinator position there," McCollough said. "Things were moving fast for Sark, and he was just one of those young kings of college football, gets hired back at USC again as the head coach in 2014 after a stint in Washington where he rebuilt that program very quickly. And then things took a wild turn that no one really could have seen coming."

That wild turn took place when Sarkisian was the head coach for USC in 2015.

"It became clear at a big donor and former player event for the season in 2015 called 'Salute to Troy,' that Sarkisian was under the influence of alcohol," McCollough added. "And, he said some wild things, dropped a curse word, and publicly apologized in the coming days. But, he said he did not think he had a problem. And then, about a month or so later, they lost a game to Washington, and the next morning he arrived at USC football practice or a team meeting intoxicated. And that was the last straw for the USC administration and talking to players on the team was about the last they ever heard of him."

To recover from USC fall, Steve Sarkisian turned away from L.A. roots that built him https://t.co/cPKmlhLulO

During the time he was fired, Sarkisian was also going through challenges in his personal life. But McCollough says he ended up accepting that he had a problem.

"One of the few things Sarkisian said in any detail was that he was watching a commentary by Scott Van Pelt on ESPN talking about CC Sabathia, the pitcher who left before the playoffs that year to handle his own alcohol issue," McCollough said. "And Sarkisian noted that and saw the bravery in that and said this is something he had to do. And Sarkisian is very private about how it went. But from talking with coaches who coached with them over the last six years, he found a very sugpportive environment at Alabama and with the Atlanta Falcons. The coaches around him understood how tough it was to be in the football world and not drinking."

Sarkisian declined multiple interview requests for this story, but The Times spoke with others who played a role in his life and football career.

"It was pretty clear from talking to a best friend from his days in Torrance who had remained close friends with him through his early 30s, at least, say that basically Sarkisian cut him out of his life as soon as the incident happened in 2015, to the point that when he sent heartfelt text messages, things like that, there was no response," McCollough said. "And I heard similar things from former coaches of his at El Camino College in Torrance, where Sark got his start as a college player and as a college coach, that he would not respond to any correspondence from people from that period of his life."

"I think that obviously there were some triggers that Steve in moving on with his life was not willing to risk that could maybe make him feel something he didn't want to feel," McCollough added. "So, it was pretty clear he had to make some tough decisions about who he was going to maintain contact with as he rebuilt his life from that incident."